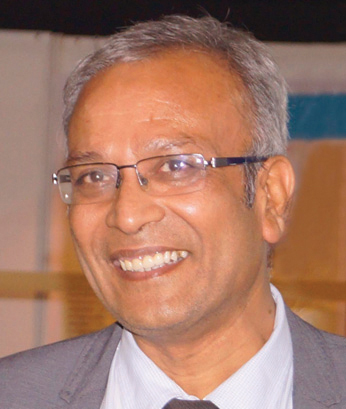 Harish Agarwal,  CEO, Supreme and Company Private Limited, has had a long association with the company. Forty years in fact. Aside from spearheading the company’s operations along with his brother Rajesh, who is also president of the company, Agarwal serves as vice-president of the Indian Electrical and Electronics Manufacturers’ Association and as director of Web Spiders (India) Private Limited. He is also a member of various industry organisations including the International Council on Large Electric Systems (CIGRE), the Central Board of Irrigation and Power, and the Electrical Research and Development Association.

While he is optimistic about the future of the T&D segment, he notes that it is currently facing several challenges. “Generation capacity creation during the boom period was huge compared to the available T&D network,” he says. “Companies need to restrategise their working. They need to step out of their comfort zone and explore markets they were not previously comfortable with.” Agarwal feels the government has not given adequate attention to the T&D segment, primarily because it believes the country has already achieved the optimum T&D capacity. The government needs to change its purchasing policies and develop a better system for the closure of contracts.

Despite the roadblocks, his outlook for the segment is positive. “The T&D segment may not go back to being what it was. However, if companies constantly reinvent and restrategise, there is scope for improvement. Today, if the bigger interstate market is down, the intra-state market is picking up. Moreover, Indian products are gaining increasing acceptance in the global market. So, if your marketing is strong, you can scale up. The industry needs to go global,” he emphasises. In fact, Agarwal states that Supreme’s growth plans are centred on exploring the global T&D market. “We are strongly focused on marketing our products and improving our reach in the global market,” he notes.

Despite his many responsibilities, Agarwal ensures that he spends time with his friends and family. His daughter has a boutique hotel and a restaurant in Kolkata, while his son runs an online trading company based in the US. Agarwal is deeply committed to serving society and is a trustee of the Koshika Foundation, a non-profit organisation that provides eyecare services and supports charitable clinics. This, he says, drives him more than anything else.