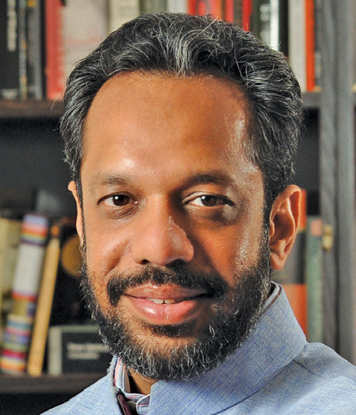 Dr Arunabha Ghosh is a public policy adviser, author and columnist. He founded the Council on Energy, Environment and Water (CEEW) in 2010 and has led it to become a premier policy research institution in South Asia. He has been involved in the design and conception of the International Solar Alliance and is a founding board member of Clean Energy Access Network. Before heading CEEW, he worked with Princeton, Oxford, the United Nations Development Programme (UNDP) and the World Trade Organization.

Ghosh has four books to his credit and a number of essays published in leading climate and policy-based journals. His essay titled, “Rethink India’s Energy Strategy”, published in Nature, was selected as one of the ten most influential essays in the year 2015.

His vast experience and understanding of sensitive subjects of climate, energy and water come from his work that encompasses 42 countries in a number of positions. Ghosh advises governments, industries, civil society and many international organisations across the world. He has also been an adviser in the Prime Minister’s Office, several ministries and state governments on a range of subjects.

He was invited as a Personnalité d’Avenir by the Government of France to advise on the Conference of Parties 21 climate negotiations. He was also an adviser on hydrofluorocarbon (HFC) negotiations under the Montreal Protocol. Ghosh is also a member of Track II dialogue diplomacy with seven nations and formulated the Maharashtra-Guangdong Partnership on Sustainability. He has also co-authored three UNDP Human Development Reports. At present, he also serves on the executive committee of the India-US PACEsetter Fund.

Ghosh has a host of media accolades to his name. He writes a monthly column in Business Standard, he hosted a documentary on water in Africa, and was featured in a National Geographic documentary on energy. He is a World Economic Forum (WEF) Young Global Leader, was appointed to WEF’s Global Future Council on Energy, and was an Asia Society Asia 21 Young Leader.