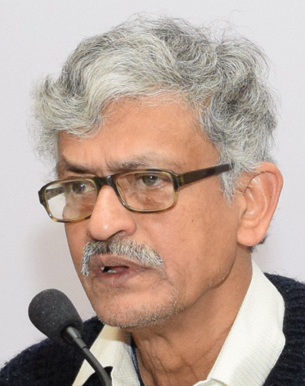 With a 37-year-long career in the power industry behind him, Vikas M. Jaideo spearheads Maharashtra State Power Generation Company Limited (MSPGCL)’s thermal and solar energy project portfolio. As director, projects, he oversees several key assignments including the setting up of a 660 MW thermal plant at Bhusawal. MSPGCL is also planning to install an 800 MW plant at Umred near Western Coalfields Limited’s coal mines. Being a pithead power station with ultra supercritical technology, the generation cost is expected to be fairly affordable. The company is also planning to set up a 500 MW solar park in Dondaicha, Dhule.

While the company has ambitious growth plans, it faces several challenges. The biggest issue is inadequate coal availability of requisite quality. Due to the low calorific value of coal received, it has been difficult for the genco to achieve the normative parameters specified by the Maharashtra Electricity Regulatory Commission. Another challenge arises from the fact that due to stranded capacities, thermal power producers are trying to optmise the cost of generation to keep their units under merit order despatch. As a result, units are kept under reserve shutdown.

Jaideo obtained a bachelor’s degree in engineering as well as his master’s from Nagpur University. He has a certificate from the Institute of Cost and Works Accountants (ICWA), a certificate in boiler proficiency from the Maharashtra government and an energy auditor certification from the Bureau of Energy Efficiency, amongst others.

Talking about the most memorable assignment of his career, Jaideo recalls a project that he worked on during 1993-95. “I had just completed my ICWA certification and was asked to design the cost account system for various raw materials and final products. I studied a number of cost accounting record rules and selected 25 cost centres and systems that were designed on the basis of the process costing technique. This was the first time in India that coal costs were calculated on the basis of Rs 1,000 per kCal,” he notes.

When not engrossed in work, Jaideo enjoys spending time with his family or in the company of books. “I have studied more than 1,000 books on history, geography, human nature and culture,” he says. He also swims and does yoga to maintain a healthy lifestyle. Jaideo wishes to contribute to the development of the agricultural sector and believes that the use of solar energy and rainwater harvesting techniques must be encouraged.