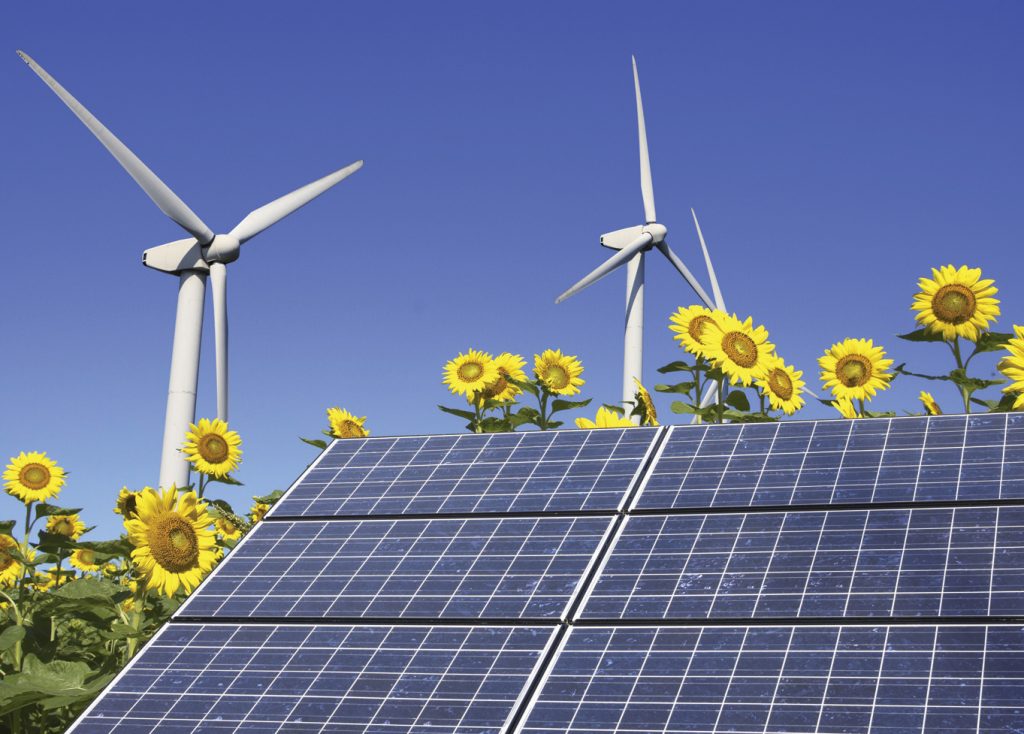 With the 100 per cent village electrification target now complete, the government is now working proactively to ensure that the 31 million unelectrified households get connected. However, connecting remote areas to the grid is expensive and makes little economic sense given the small population in these areas. In this scenario, off-grid and microgrid power systems have emerged as a viable alternative and are being deployed for various purposes such as irrigation, cooking, lighting and heating. A look at the key off-grid renewable segments…

Under the Off-grid Solar PV Programme, the Ministry of New and Renewable Energy (MNRE) provides a 30 per cent subsidy on the cost of solar lighting systems. In the case of LED-based systems, individuals can avail of a capital subsidy of 40 per cent (limited to Rs 160 per Wp) for systems up to 40 Wp, and Rs 100 per Wp for systems ranging from 40 Wp to 300 Wp through the National Bank for Agriculture and Rural Development, regional rural banks and commercial banks. During 2017-18, solar PV off-grid systems aggregating 182 MWp have been installed as of December 2017. A total of 2.3 million SLSs, 1.47 million SHSs and 471,220 solar street lights have been installed across various states and union territories as of December 2017.

The MNRE has also sanctioned a scheme proposed by IIT Bombay, which aims to provide 7 million solar study lamps to school students in rural areas with low household electrification levels across select states of Assam, Bihar, Jharkhand, Odisha and Uttar Pradesh. Further, solar LED street lighting systems are being deployed under the MNRE’s Atal Jyoti Yojana in select states. Under this scheme, the MNRE provides 75 per cent of the cost of street lights and the remaining 25 per cent comes from the Member of Parliament Local Area Development Scheme fund. As of December 2017, around 68,000 lights have been installed under the scheme by the implementing agency, Energy Efficiency Services Limited. Meanwhile, under its new rural electrification scheme Saubhagya, the government will provide solar power packs of 200-300 Watt power with battery bank for unelectrified households located in remote and inaccessible areas, where grid connectivity is not possible. The pack will comprise five LED lights, a direct current fan and a direct current power plug. The government will also assure repair and maintenance for five years.

At present, India has about 19 million grid-connected and 9 million diesel pump sets. However, given the erratic grid power supply and rising fuel costs, these options are a financial burden for farmers. Solar-powered pum psets can address the issues associated with conventional pump sets and provide cost-effective irrigation to farmers. The uptake of these solutions has, however, been slow with around 147,527 solar pump sets installed in the country, as of December 2017.

A key initiative in this segment has been the launch of the Kisan Urja Suraksha Evam Utthaan Mahaabhiyan (KUSUM) scheme in the Union Budget 2018-19 to promote the installation of about 1.75 million solar pumps across the country and move the existing 7.25 GW of pump (grid-connected and diesel) capacity to solar. Under the scheme, an investment of Rs 1,400 billion has been planned. This includes central government assistance of Rs 480 billion.

Since a key challenge facing the market is the high cost of solar pump sets (a 5 horsepower [HP] solar water pump set costs Rs 100,000-Rs 120,000), the government plans to provide subsidies under the scheme for solar pumps. Financial assistance of 60 per cent has been proposed, which will be equally divided between the state and central governments, while nearly 30 per cent would be funded by banks and financial institutions in the form of loans. Thus, only 10 per cent is required to be invested directly by farmers, in the form of equity. Further, as part of the initiative, the government will install 8.25 GW of solar capacity at existing government tube wells. It will also set up solar capacity of 10 GW on barren lands across the country to support this initiative. 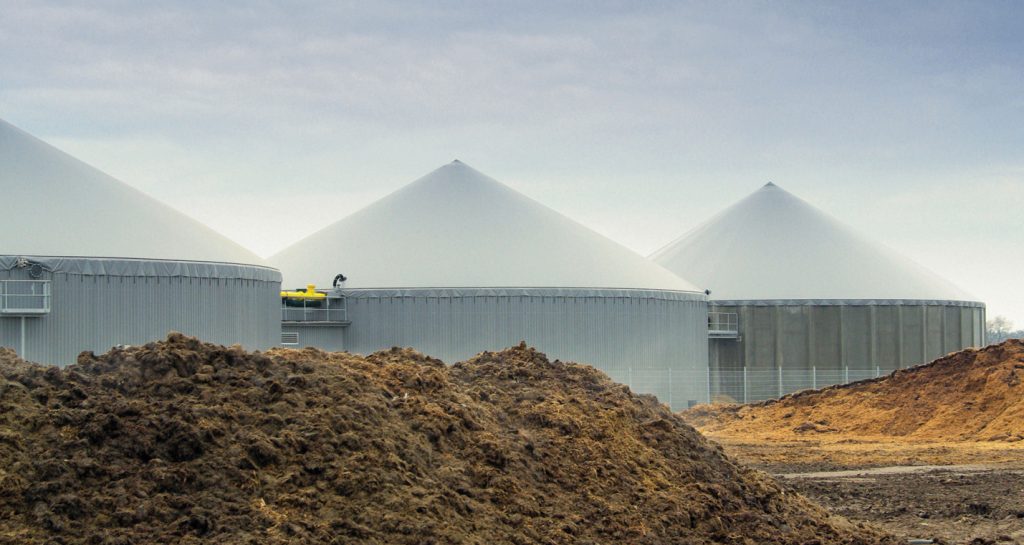 The adoption of biomass-based off-grid systems has been slow in the recent past with the MNRE consistently falling short of its target by huge margins. As against the target of 60 MW of installed non-bagasse cogeneration biomass capacity for 2017-18, only 9.5 MW was achieved, taking the total installed capacity to 662.81 MW. This capacity is largely concentrated in the states of Tamil Nadu, Uttar Pradesh, Haryana, Karnataka, Andhra Pradesh, Uttarakhand, Punjab and Rajasthan. Further, approximately 0.92 MW of capacity was added from biomass gasifiers against a target of 7.5 MW, taking the cumulative installed biomass gasification capacity to 163.37 MW. As of December 2017, the country had a total of 409 off-grid biogas projects, of which 19 were commissioned in 2017-18.

One of the initiatives to promote this segment has been the launch of the National Biogas and Manure Management Programme with the aim of setting up family-type biogas plants, which provide clean fuel for cooking and lighting. To support the project, central financial assistance is extended to the states. Around 4.9 million such plants have been installed in the country under the programme.

Microgrids provide a community-based alternative to grid-connected power. Of late, owing to falling costs, solar has become the most important generation source for microgrids. As of March 2018, solar microgrids with an aggregate capacity of 1,899 kWp have been installed in 63 villages with financial support from the MNRE.

The MNRE provides capital subsidy of 30 per cent on the cost of installation of solar micro- and minigrid systems under the off-grid and decentralised solar application scheme of the National Solar Mission. Therefore, a subsidy of Rs 105 per Wp is provided for a 10 kWp microgrid (DC) and a subsidy of Rs 90 per Wp for microgrid systems having module capacity in the range of 10 kWp to 250 kWp. In addition, the ministry provides a minimum warranty of five years for these systems in the rural and remote areas.

However, India’s potential for microgrids remains underutilised due to the absence of efficient and cost-effective energy storage technologies. Another major challenge faced by microgrid developers in the country is the high upfront cost of installation. Government subsidies in the segment, although substantial, are difficult to secure, and timelines for the disbursement of funds are uncertain, creating a strong demand for long-tenor project finance.

Despite the significant adoption of renewable off-grid power solutions, the segment’s growth remains sluggish due to various factors. Manufacturers in the segment are still not mature and often face difficulties in securing finance for capital expansion. This prevents them from achieving higher efficiencies and bringing down costs.

Further, the majority of the consumers in the segment reside in far-flung areas and are dependent on agricultural income, which is subject to seasonal variations. Therefore, financing the entire project upfront is not always feasible and securing loans from financial institutions is also difficult. This could restrict both supply and demand in the off-grid market. Moreover, the lack of awareness about the benefits of such systems and the subsidies provided for their deployment hampers segment growth. For policymakers, the segment is often overshadowed by grid-connected renewables. The ambiguity in the policy structure further reduces the uptake of off-grid power solutions.

In light of the significant socio-economic gains of off-grid solutions, the government should focus on their growth in parallel with grid-connected power, and formulate proactive policies to make the segment more attractive for investors. The financial benefits provided to investors and manufacturers will help them scale up operations in the segment, thereby reducing costs. Financiers, in turn, need to come up with innovative instruments for both consumers and manufacturers in order to increase the uptake of off-grid solutions. The government should also focus on creating greater awareness about the viability and benefits of such technologies to drive uptake.