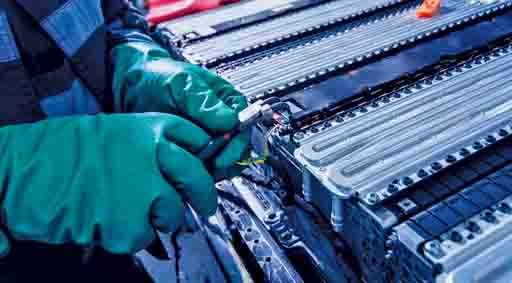 The government’s National Electric Mobility Mission Plan to move towards electric mobility by 2030 has infused optimism in the electric vehicle (EV) industry. One of the key factors for the success of India’s EV mission would be battery storage technologies. However, battery costs account for about one-third of the total purchase price of an EV, making EVs an expensive buy.

That said, the price of battery packs has declined more than 70 per cent over the past six years. Factors such as continuous innovation in battery technology and increased production scale could further drive down prices. A report by NITI Aayog and US-based Rocky Mountain Institute points out that prices could fall to $109 per kWh by 2025 and $73 per kWh by 2030, from about $240 per kWh at present.

The various battery  technologies available in the market include lead acid, lithium-ion (li-ion), nickel  metal  hydride,  nickel-cadmium and sodium-sulphur. Of these, li-ion batteries are ideal for EVs owing to their high energy and power density, long life cycle and safer operation. However, India has no major producers of li-ion batteries for EVs and depends on imports from Japan and China. Further, since battery manufacturing in India is at a nascent stage, investment risks in the industry are considered to be high.

To address this issue, the NITI Aayog report suggests that India should import li-ion cells initially and leverage its strength in manufacturing assembly, which includes battery pack assembly and programming. In fact, the report notes that a number of foreign and domestic companies have started construction of battery pack assembly plants in India or have announced multi-billion dollar investments for tapping this opportunity. Meanwhile, efforts are being made to remodel the battery made by the Indian Space Research Organisation (ISRO) into low-cost lithium-ion batteries to use in EVs. Another big challenge for battery manufacturers is the procurement of raw material, particularly lithium. However, India has low lithium reserves and most of the reserves for lithium are concentrated in South America. Hence, manufacturers would need to make considerable investments in the procurement of the raw material.

Traditionally, li-ion batteries have been used in consumer electronics for years. Over time, auto manufacturers like Tesla have begun to use the technology to power electric cars, allowing consumers to charge their vehicle’s batteries at home or on the go. The challenges in the adoption of this technology are the high cost of battery packs, limited range, low cycle life, high discharge rates and long charging time. That said, as battery manufacturers undertake research and development to reduce battery prices and improve the quality of materials, the demand for energy storage technologies, particularly li-ion batteries, is expected to see an upsurge.

As per forecasts by the Indian Energy Storage Alliance, India will have more than 1 GWh of li-ion battery manufacturing capacity by mid-2018. Moreover, construction of at least two li-ion cell manufacturing plants with a total capacity of more than 500 MWh is expected to start in 2018 and reach completion by end-2019 or early 2020. This could put India on the map of gigafactories.