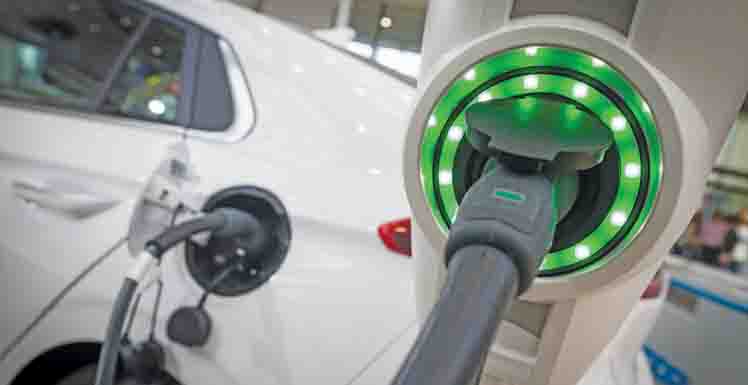 The electric vehicle (EV) segment is increasingly gaining the attention of policymakers in the power sector. At the central level, the EV segment has received a major push from the National Electric Mobility Mission Plan (NEMMP), which includes the Faster Adoption and Manufacturing of (Hybrid and) EVs (FAME) scheme launched in 2015. At the state level too, several states have either launched or are in the process of finalising EV policies.

NEMMP: In March 2018, the government launched the NEMMP to provide an impetus to the e-mobility ecosystem comprising vehicle manufacturers, fleet operators, charging infrastructure companies and service providers. As part of the programme, Energy efficiency Services Limited (EESL) will procure EVs in bulk, thus driving demand. The company had procured 10,000 EVs in 2017.

Draft amendments: In April 2018, the Central Electricity Authority (CEA) issued draft amendments to the CEA (Technical Standards for Connectivity of Distributed Generation Resources) Regulations, 2013, and the CEA (Measures Relating to Safety and Electric Supply) Regulations, 2010. The amendment proposes standards for connectivity of charging stations and prosumers to the electricity system. As per the amendment, the entities need to establish a reliable protection system to detect faults and abnormal conditions so that the equipment can be disconnected from the grid in a timely manner.

FAME II and extension of FAME I: The government is planning to extend financial assistance of Rs 87.3 billion for the second phase of FAME. Of this, around Rs 55.5 billion has been proposed as demand-side incentives. The fund support for the scheme includes Rs 25 billion for buses, Rs 10 billion for four-wheelers, Rs 6 billion for high speed two-wheelers and Rs 7.5 billion for high speed three-wheelers. Also, under FAME II, the government is considering establishing a venture capital fund of Rs 5 billion in order to support EV start-ups in India. Meanwhile, Phase I of FAME, which was launched in April 2015 and scheduled to be completed by March 31, 2017, has now been extended till September 2018 or till the launch of Phase II. This is the third extension of the scheme.

Proposal for leasing EVs to private players: In August 2017, the government formulated a proposal for leasing out EVs to private players. As per the proposal, EESL, which is spearheading EV deployment in the country, would lease out vehicles to cab aggregators such as Ola and Uber in an attempt to increase EV usage in the country. Initially, EESL would procure only e-rickshaws and e-autos. In a separate development, in November 2017, Mahindra & Mahindra entered into a strategic partnership with Uber India to deploy EVs on the aggregator’s platform. The company would initially deploy a few EVs in Delhi and Hyderabad, and later expand its coverage to other cities as well.

Public consultation on zero-emission mobility: In January 2018, NITI Aayog invited suggestions on its draft policy, “Future of Mobility”, to discuss the potential of zero-emission mobility technologies including EVs. Public consultation on the draft policy was invited to understand how these technologies can be adopted for all classes of vehicles. The policy also consists of a 12-point agenda covering automobile manufacturing, regulatory amendments, renewable integration, and e-mobility requirements. Earlier, in November 2017, NITI Aayog had released a proposal to conduct a pilot for EV charging infrastructure development. 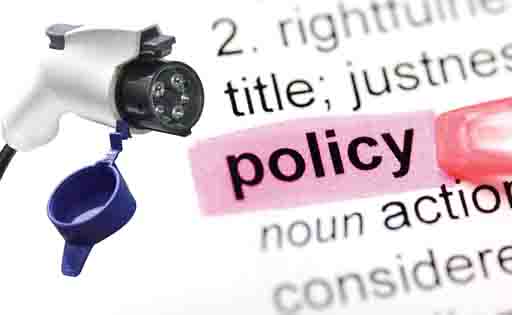 In September 2017, Karnataka became the first state to launch a comprehensive EV policy, the Karnataka Electric Vehicles and Energy Storage Policy. The policy has been launched to attract investments of Rs 310 billion while creating nearly 55,000 jobs. A special purpose vehicle will be created for setting up charging stations across Bengaluru city. The key provisions of the state’s EV policy include the development of manufacturing zones with ready made infrastructural capabilities, establishment of charging infrastructure through private investment, tax exemption for all-electric transport and non-transport vehicles such as e-rickshaws and e-carts, and subsidies for the use of charging and battery swapping stations. The government is also planning to establish a Karnataka Electric Mobility Research and Innovation Centre.

In February 2018, the Maharashtra government approved the state’s EV policy aimed at creating an enabling environment for manufacturing 500,000 EVs over the next five years. The policy proposes road tax and registration charge exemptions for EVs. Moreover, the state government has proposed to provide a 15 per cent subsidy for the first 100,000 EVs registered in the state. On the charging infrastructure front, the state government is planning to provide a maximum subsidy of Rs 1 million per charging station to the first 250 stations set up in the state.

More recently, in May 2018, Andhra Pradesh announced its EV policy with the aim of attracting an investment of Rs 300 billion in EV manufacturing and bringing 1 million EVs to the state over the next five years. As per the policy, the state government will provide a complete reimbursement of the road tax and registration fees on the sale of EVs till 2024, the stamp duty for purchase/lease of land and the state goods and services tax, along with a 10 per cent subsidy to the first two car manufacturing firms. The target of the policy is to replace public transport buses with electric buses across four cities by 2024 and across the state by 2030.

The Ministry of Home Affairs has released a Go-Green 2022 roadmap targeted to reduce its oil and gas dependency by 10 per cent. Under this, the ministry plans to replace its current vehicles with EVs. The ministry is planning to amend its “approved list of vehicles” in order to allow the central armed police forces to purchase the vehicles. Meanwhile, the government recently gave approval for the adoption of green number plates for EVs. These plates will not only allow easier identification of EVs, but will also enable the vehicles to avail of benefits such as preferential treatment in parking, free entry in congested areas and toll concessions. A final notification on this is yet to be released. In addition, the government is planning to allow individuals in the 16-18-year age bracket to drive electric scooters without obtaining a licence.

Given the various policy and regulatory initiatives being taken, the EV segment is expected to gain traction in the near future. While the policy push is expected to drive the demand for EVs, an evolving regulatory framework is likely to establish a stable market to sustain the increased demand. Further, as government departments and agencies adopt EVs, there is likely to be a growing acceptance of e-mobility among people, spurring growth in the segment.