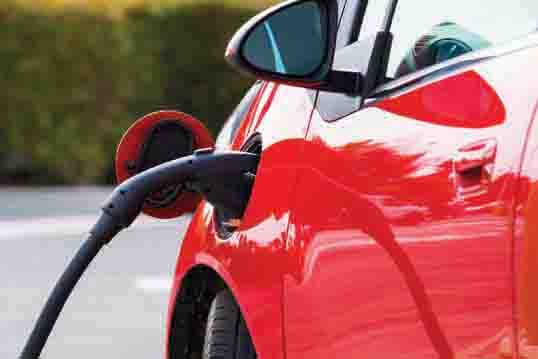 Over the past two to three years, the government has been increasingly advocating electric mobility with an aim to have 30 per cent electric vehicles (EVs) by 2030. As per the International Energy Agency, India had 4,800 electric cars and about 350 publicly accessible chargers as of 2016. Over the past two years, EV sales have picked up with about 14,000 and 60,000 EVs (two and four wheelers) estimated to be sold in 2016-17 and 2017-18, respectively. Apart from the government’s push towards e-mobility, the entry of new players in the market and increase in the availability of EV models have driven this growth. However, EVs still constitute a very small share in the total automobile market.

Going ahead, EV penetration in the country is expected to increase further. However, from the power sector’s perspective, EVs present a number of challenges such as high capital costs and low market availability. Further, discoms face challenges in setting up fast-charging infrastructure and ensuring sufficient power supply. A look at the key trends in the EV space and the future outlook…

India’s commitment to reduce its carbon footprint and the alarmingly high pollution levels in several parts of the country are the biggest factors for the increasing focus on EVs in the country. While climate change mitigation is not an intrinsic feature of electric mobility, particularly in the Indian context, due to its upstream emissions, the potential of EVs in lowering the emission levels is quite significant. Moreover, with the continuously increasing renewable power generation in the country, the upstream emissions can be minimised. With increasing urbanisation, pollution levels in cities like Delhi, Gurgaon, Kanpur and Jaipur have been increasing at very high rates. A switch to electric mobility in such areas can help reduce the pollution levels. It is also expected that the EV programme will complement India’s renewable energy growth plans as EVs can be leveraged to balance the grid. Meanwhile, vehicle-to-grid technologies can help EV owners feed energy back into the grid and energy providers to meet demand during peak periods.

Further, India is the world’s third largest importer of oil and fossil-fuel dependent transportation is one of the key reasons. With a transition towards electric mobility, petroleum imports can be reduced, thereby leading to significant savings in the import bill. However, the cost of EVs is substantially higher than that of conventional internal combustion engine (ICE) vehicles due to the high cost of batteries. This makes EVs a less preferred choice from the end-user perspective. The battery swapping infrastructure is not yet developed in India. Further, most EVs have a driving range of 100-150 km, which adds to the consumer bias towards ICE vehicles.

Inadequate public charging stations and the lack of clarity on business models to operate charging stations have been major barriers to the adoption of EVs. The Electricity Act, 2003 prohibits the sale of electricity by companies other than distribution licensees. This, however, has been recently clarified by the Ministry of Power, which stated that charging stations do not require separate licences.

With a view to provide impetus to domestic EV manufacturing, the government approved the National Electric Mobility Mission Plan 2020 in 2013, with an annual sales target of 6-7 million hybrid and electric vehicles from 2020 onwards. The Department of Heavy Industry formulated the FAME (Faster Adoption and Manufacturing of Electric Vehicles) India scheme in April 2015. While the scheme was launched for a period of two years, its timeline has been extended till September 30, 2018. Under the scheme, the government is providing financial incentives for the purchase of EVs and development of charging infrastructure for public transport and shared mobility. About 189,482 electric/hybrid vehicles have received incentives under this scheme, as of March 2018. The government is planning to launch Phase II of the scheme with a financial assistance of Rs 87.3 billion.

In March 2018, the government launched the National E-Mobility Programme with the aim to provide an impetus to the entire e-mobility ecosystem including vehicle manufacturers, charging infrastructure companies, fleet operators and service providers. The programme will be implemented by Energy Efficiency Services Limited (EESL), which will aggregate demand by procuring EVs in bulk to achieve economies of scale. The company has issued a tender for the procurement of another 10,000 EVs. These EVs will replace the existing fleet of petrol and diesel vehicles. EESL had procured 10,000 EVs last year for government entities. These 20,000 electric cars are expected to save over 50 million litres of fuel and reduce about 0.50 million tonnes of CO2 emissions annually.

To promote EVs going ahead, NITI Aayog has proposed the formation of six committees to take decisions on specific matters and issues pertaining to EVs. These include non-fiscal incentives for electric mobility, promotion of last mile connectivity, electric mobility in public transport, technology development, charging infrastructure, and demand-supply side incentives. NITI Aayog has also proposed to eliminate all permit requirements for EVs and set targets for public/shared transportation providers.

The government has also proposed to lower the goods and services tax for batteries to 12 per cent from the current 28 per cent, in order to reduce the manufacturing cost of EVs and its components. Further, the Ministry of Road Transport and Highways has submitted various proposals aimed at increasing the adoption of EVs in India. These include introducing green number plates for EVs, scrapping the permit requirements to run commercial EVs, allowing youth (between 16 and 18 years of age) to ride electric scooters without a licence, and providing preferential parking for EVs in certain areas.

In September 2017, Karnataka launched the Karnataka Electric Vehicles and Energy Storage Policy, the country’s first state-level comprehensive EV policy. The policy has various provisions aimed at promoting the use of EVs such as tax exemption for EVs and subsidies for the use of charging and battery swapping stations.

Maharashtra and Andhra Pradesh also rolled out their own EV policies in February 2018 and May 2018, respectively. Maharashtra’s EV policy is aimed at creating a manufacturing capacity of 500,000 EVs in the state over the next five years. Meanwhile, Andhra Pradesh has planned an investment of Rs 300 billion covering the entire EV value chain and set a target of 1 million EVs in the state by 2023.

Telangana government is also in the process of finalising its draft policy on EVs that was released in September 2017. Other states planning to launch an EV policy are Gujarat and Tamil Nadu. Further, the  interest among  state transport undertakings (STUs)  for  deploying  electric  bus  fleets  has  been  very  high. Many STUs have placed demands for buses under the FAME scheme that provides benefits on the purchase of electric buses.

There has been a slow progress in the installation of charging infrastructure due to lack of clarity in regulations as well as standards. In November 2017, the government accepted the suggestion of the Committee of Standardisation of Protocol for EV Charging Infrastructure to have uniform infrastructure (Bharat EV Charger AC-001 and Bharat EV Charger DC-001) to enable all EV models by different manufacturers to be charged at any station. In March 2018, the MoP clarified that charging stations do not require separate licences, an issue that was ambiguous. This development is expected to help speed up the installation of charging stations by private players across the country, which, in turn, would promote the use of EVs as well.

The EV segment has witnessed significant progress over the past few years. With growth in volumes and technology advances in EV batteries, storage costs are expected to come down, further driving demand in the EV market. As per a NITI Aayog study, India’s EV mission could drive down global battery prices by as much as 16 per cent to $60 per kWh. The recent clarification on the licensing policy for EV charging infrastructure is also expected to increase the installation of charging stations by private parties as well as the deployment of EVs.

The power sector needs to gear up to meet the growing demand for power supply and charging infrastructure to support the growth in EVs. The move towards EVs will also create opportunities for discoms and gencos. EVs will open up additional areas of revenue generation for discoms and lead to an improvement in the capacity utilisation of power plants by driving up demand.

However, as the EV market expands and more players enter the segment, greater clarity is needed on certain technical and regulatory aspects such as tariffs for EVs and charging stations, pass-through of the investment costs, interoperability of charging stations, and payment mechanisms for EV charging.