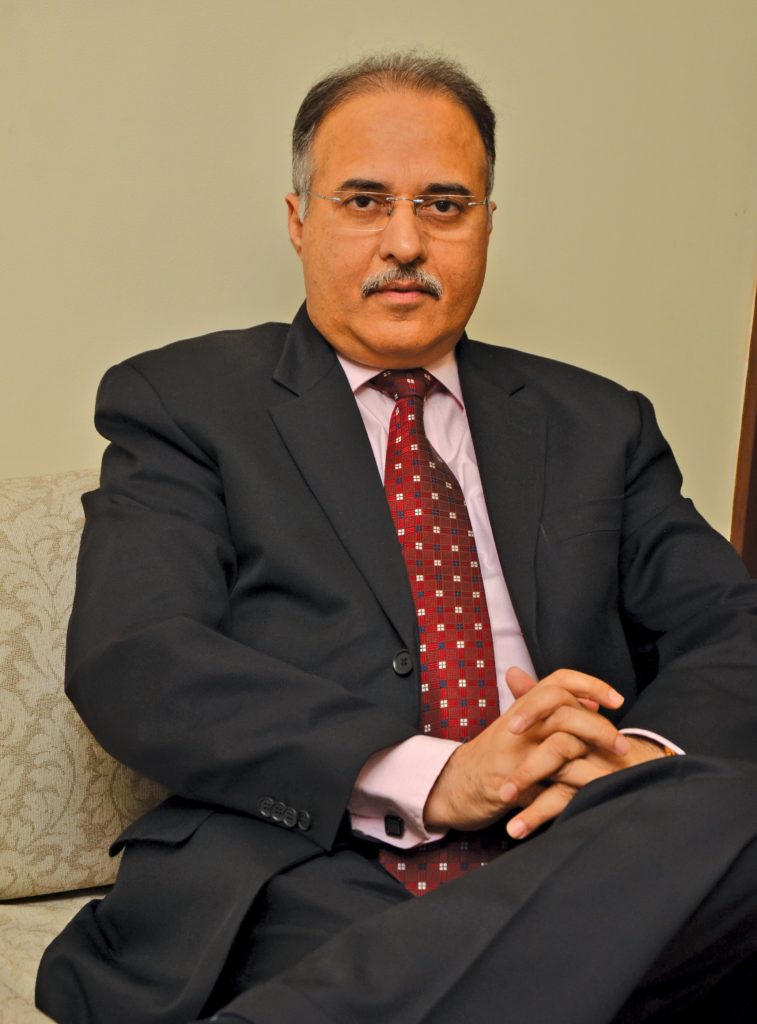 Anil Sardana  recently took over as managing director (MD)  and chief executive officer (CEO) of India’s largest private transmission company, Adani Transmission Limited (ATL). He brings to the table over three decades of experience in the power and infrastructure sectors.

Sardana’s appointment, effective May 2018, comes at a critical time, with the Adani Group making a foray into the distribution segment in India. In December 2017, ATL acquired Reliance Infrastructure’s (RInfra) integrated Mumbai power business, which caters to approximately 3 million customers in the city, with an aggregate demand of almost 1,900 MW. With the acquisition of RInfra’s Mumbai business, ATL will have the largest distribution network and will augment its transmission network to around 12,000 ckt. km, of which 9,540 ckt. km is under operation and about 2,350 ckt. km is at various stages of construction. Its transformation capacity will also increase to 19,300 MVA from 35 substations (including eight EHV substations under acquisition) spread across the country.

The acquisition has received approval from the Competition Commission of India and the state regulator’s approval is expected in the current quarter. Earlier, in November 2017, ATL had acquired RInfra’s operational transmission assets of Western Region Strengthening System Schemes B and C (Western Region Maharashtra project and Western Region Transmission Gujarat) to strengthen its transmission portfolio.

“We welcome Mr Anil Sardana as MD and CEO of the company. His vast experience in the power sector will play an important role in bringing synergy in the transmission and distribution business and taking our businesses to newer heights. We have a strong and seamless integration of processes, people and technology, which has laid a strong foundation for us to create value for our stakeholders,” stated Gautam Adani, chairman, Adani Group, in a recent press release.

Prior to joining ATL, Sardana served as managing director and chief executive officer of India’s largest integrated private player, Tata Power, a role he took on in 2011. Sardana had earlier worked with Tata Power as executive director for business development and strategy for a brief period, from March 2007 to August 2007. He then moved to another Tata group company, Tata Teleservices Limited, where he was managing director from 2007 to 2011.

Sardana’s leadership and expertise helped to reinvent Tata Power with a strong focus on its renewable portfolio. One of the biggest deals concluded during his tenure was Tata Power’s acquisition of Welspun Renewable Energy’s 1.1 GW solar and wind portfolio in July 2016, reported to be the country’s biggest clean energy deal at the time. Welspun’s assets augmented Tata Power’s renewable energy unit capacity to about 2.3 GW.

In the past, Sardana has also worked with BSES (before it became an ADAG company), NTPC Limited and Tata Power Delhi Distribution Limited (TPDDL). One of his most notable roles was  as the first chief executive officer of TPDDL, which was then known as North Delhi Power Limited (NDPL), in 2002. He faced the task of taking over a government utility and transforming it into a profit-making company, which became a benchmark for public-private partnerships. One of the biggest challenges was people management, given that the company had acquired close to 5,600 people from the erstwhile Delhi Vidyut Board, who came from a culture that was very different from that of the Tata Group. “The challenges we faced were many and overwhelming. It was hard work but every quarter showed perceptible improvements,” Sardana said in a 2012 interview with Tata Review. By the time he left in 2007, NDPL had achieved a benchmark reduction in aggregate technical and commercial losses.

An electrical engineer from the Delhi College of Engineering, Sardana also holds a postgraduate degree in cost accountancy from ICWAI and a postgraduate diploma in management.