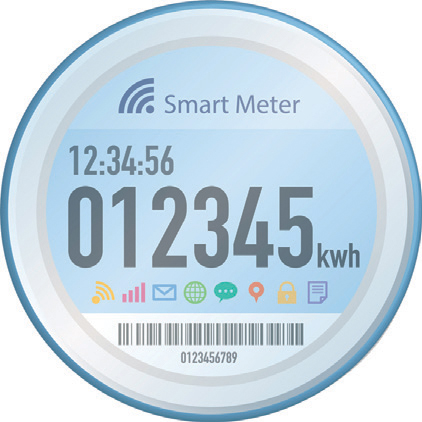 The benefits of smart meters are immense for both discoms as well as consumers. However, the high upfront cost of smart meters has been one of the key reasons for their slow adoption by discoms with fragile financial health. To overcome this issue, one of the key initiatives being undertaken by the government is the bulk procurement of such meters.

To this end, Energy Efficiency Services Limited (EESL), which is spearheading the initiative, is aggregating the demand of smart meters from various states in order to procure meters in bulk and achieve cost efficiencies. The entire upfront investment will be borne by EESL and discoms are required to pay it back through the savings accrued post the deployment of smart meters. So far, tenders for the procurement of 10 million smart meters have been launched, which have seen wide participation from the industry and helped in a significant reduction in smart meter costs.

EESL has released two tenders so far based on the international competitive bidding process, the latest being in March 2018 for procuring 5 million smart meters on a pan-Indian basis. The scope of work includes design, manufacturing and on-site supply of smart meters compliant with the IS 16444 standard, as well as the Central Electricity Authority regulations. The tender is progressing well and results are likely to be announced in June 2018. Ajay Kumar Sharma, deputy general manager – smart meters, EESL, says, “We received an encouraging response to the tender with 16 manufacturers participating in the bid. The company floated the technical bid on May 15, 2018. The price bids of the qualified bidders will most likely be unveiled in the first week of June. The smart meters will be installed over a period of three years in a phased manner.”

EESL has formulated a financial and technical model that aims at reducing the capital expenditure of discoms and expediting the implementation process so that the benefits of smart meter deployment are realised earlier. The implementation of smart metering projects will be undertaken on a build-own- operate-transfer basis. While the entire IT infrastructure for the projects would be cloud-based, GPRS is the preferred communication technology for enabling faster deployment, and ensuring interoperability and lesser expenditure as it would utilise the existing telecom network to transmit data from smart meters.

The demand for smart meters is expected to grow considerably led by central government initiatives. Under the Ujwal Discom Assurance Yojana, the central government has mandated to install smart meters for all consumers with a monthly consumption of more than 500 units per month by December 31, 2017, and for those with a consumption of 200-500 units per month by December 31, 2019. Although the deadlines have not been met/are unlikely to be achieved, smart meter deployment by the state utilities has surely received an impetus.

Under its Smart Meter National Programme, EESL aims to replace 250 million conventional meters in the country with smart meters. The company expects to come out with more such tenders in the future. Sharma says, “We might release more tenders, as and when we receive demand from the states. We anticipate a wider pick-up in the coming days and have received commitments from Bihar, Andhra Pradesh and Tamil Nadu. Many states such as Jammu & Kashmir, Odisha and Gujarat have also expressed interest.”