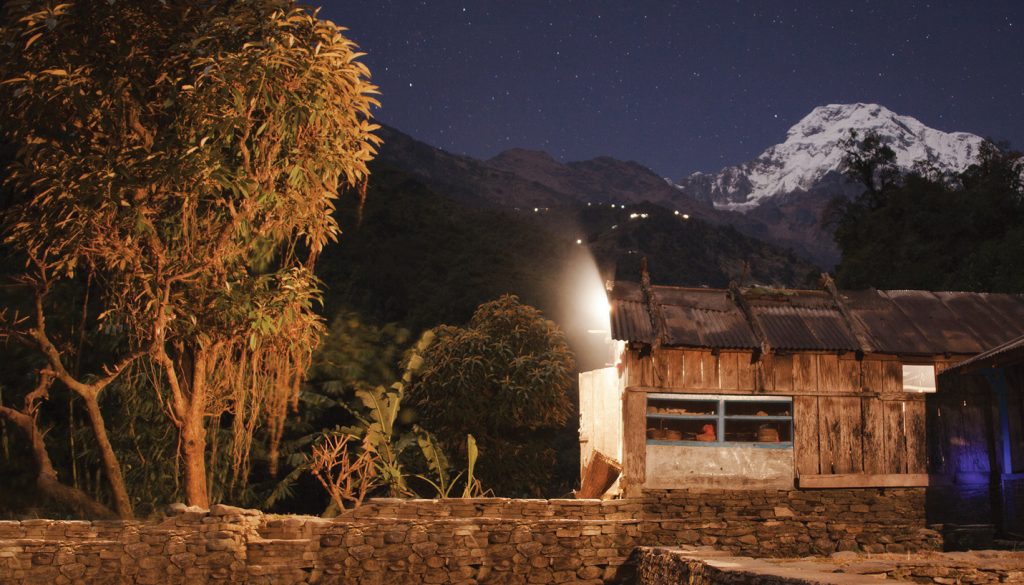 On April 28, 2018, India’s last unelectrified village, Leisang in Manipur, comprising 14 households was electrified, marking the achievement of the 100 per cent village electrification target. Village electrification in the last couple of years had been particularly challenging since villages mostly in hilly and difficult terrain remained to be electrified. The feat has attracted international attention with several developing countries including Syria, Jordan as well as countries in sub-Saharan Africa looking to collaborate with Rural Electrification Corporation (REC) Limited to seek its assistance in their electrification initiatives.

However, the achievement of the village electrification milestone has raised questions on the quality of power supply to the connected villages. Further,  India still has a long way to go to achieve 100 per cent household electrification. The definition of village electrification, which envisages connecting at least 10 per cent households in a village, has often been debated by industry observers. The Ministry of Power (MoP) has released a statement on this issue, clarifying that the definition is a legacy issue and, notwithstanding the mandates, the ministry has done well on the household electrification front by electrifying 47-100 per cent of households in various states.

At the time of the prime minister’s announcement of the 100 per cent village electrification target, a total of 18,452 villages were unelectrified in the country. These were located in highly inaccessible areas such as hilly terrain, and thickly forested or left wing extremism-prone regions. There was resistance from the discoms to electrify these villages owing to their weak financial position as well as the remote location of these villages, which could increase the discoms’ aggregate technical and commercial (AT&C) loss levels. Further, several issues pertaining to right of way, railway clearances and forest clearances are encountered in setting up transmission and distribution networks in remote villages. These issues need to be addressed for the speedy electrification of villages. To this end, REC took a number of initiatives such as breaking down the entire process into several milestones to monitor electrification more closely, assigning electrical engineers at the block/district levels to physically visit the villages and verify the electrification status, and introducing the GARV (Grameen Vidyutikaran) mobile app (later updated to GARV-II) for disseminating information on village electrification and registering complaints.

While achieving the target envisaged under Saubhagya would significantly improve the lives of people, particularly those living in the rural area, its implementation faces a number of challenges. The key among these is the tight timeline for achieving the target. In order to electrify the remaining 31.94 million households by December 2018, 4.56 million households need to be electrified in a month. This is significantly higher than the average rate of household electrification of just 0.35 million villages per month in May 2017. Another big concern relates to the discoms’ ability to deliver results, given that they are saddled with high AT&C losses and poor networks. Besides, cost recovery from economically weak consumers is a concern, as is the reluctance of such consumers to get connections. 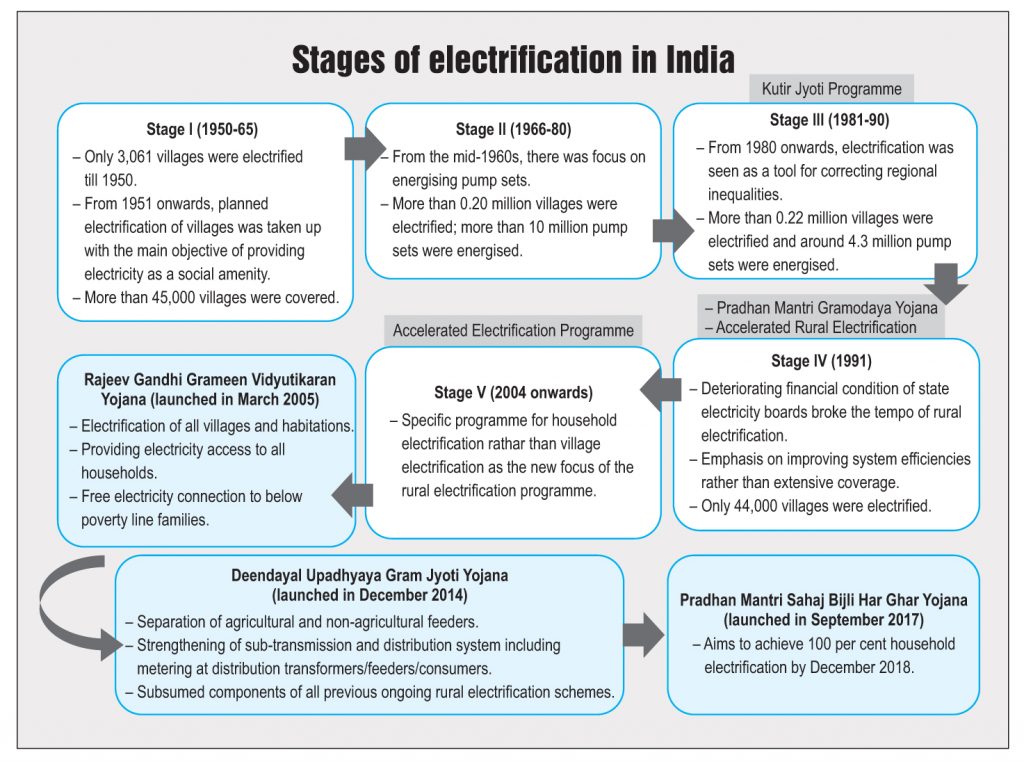 Another cause of concern pertains to the poor quality of power supply in terms of reliability and duration of supply. Besides, the per capita electricity consumption continues to be low, particularly in rural areas.  Reportedly, in rural areas, the average hours of power supply in a day ranged from 11.5 in Mizoram, 14.91 in Haryana and 17.72 in Uttar Pradesh to 24 hours in Kerala, Gujarat and Tamil Nadu, in January 2018.