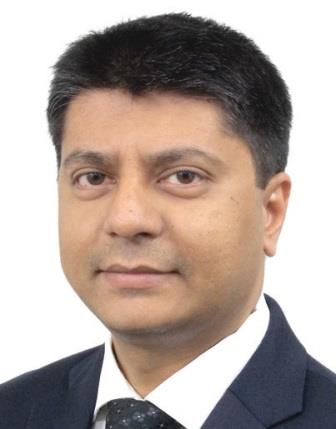 Power Exchange India Limited (PXIL), promoted by the National Stock Exchange and the National Commodity and Derivatives Exchange, provides innovative and credible solutions for the power market. The exchange aims to continue meeting the energy demand of consumers in an efficient manner. In an interview with Power Line, Prabhajit Kumar Sarkar, chief executive officer and managing director, PXIL, discusses the state of the power trading segment, PXIL’s role in it, the key challenges, and the outlook…

What is your perspective on the growth of the power trading market so far? What are the key challenges?

The power trading market (excluding the deviation settlement mechanism) has grown from about 12 BUs in 2004-05, which was about 2 per cent of the total generation then, to more than 100 BUs in 2017-18, accounting for about 8.6 per cent of the total generation. This nine-fold increase in absolute terms is indeed a significant growth, especially considering the fact that the total electricity generation during this period increased by only two times. However, the share of power trading volumes as a percentage of total generation has been 7.5-8.5 per cent since 2011-12. The overall size of the market has remained broadly stagnant and has failed to increase over the years. During this period, there has been a realignment in the sub-segments (bilateral, banking, exchange, etc.), which is largely a reflection of the challenges faced by the sector, technical/transmission constraints, and a growing acceptance of exchange-based transactions.

The growth in the volumes traded at the exchanges tends to toggle between the contribution by the utilities and the industrial consumers, which exert countervailing forces on the buy side of the curve. On the sell side, the captives, utilities and IPPs (with part or full untied capacity available for sell) have been the significant contributors to growth.

The prices in the market appear to have bottomed out but are yet to truly reflect the economic demand in the system. This could be due to the fact that the exchange market is an energy-only market wherein capacity charges do not get explicitly captured and the day-ahead market is effectively the last option for the efficient procurement of power. The challenge, therefore, is to ensure that power trading, especially transactions on the power exchanges, do not remain relegated to the fringe volumes of surplus energy and volatile demand. Power exchanges have a much larger role to play in creating efficient transaction structures to address the power demand and supply situation while helping sustain the capacity market in the country. That would also be a vindication of the role envisaged by the policymakers and regulators for the development of the power markets through power exchanges.

For further improvement of the power transaction framework, the underlying infrastructure of transmission access, information availability as well as the processes for obtaining approvals for T&D network access for users also need to be digitalised and brought closer to real time.

What have been PXIL’s business highlights in the past one year?

PXIL in the past year has had an operational turnaround and has posted the highest ever revenues and profits since its inception. The promoter organisations have shown continued faith and support in PXIL and a new management has been put in place to establish PXIL as an organisation of relevance in the power market. PXIL, as a market infrastructure institution, has and will remain institutional in character, in conduct and in day-to-day operations. Our governance standards continue to remain benchmarks and we are working towards making our service standards the new benchmarks in the sector.

The power market structure in India envisages competition in providing transparent and efficient market infrastructure and we firmly believe that such competition benefits the consumers, ensures a high degree of service capability, and fosters innovation and growth.

PXIL would be fulfilling its rightful role by ensuring that consumers get world-class services as well as new products and contracts, which would help them meet their energy requirements in the most efficient manner.

What are the steps needed to fully tap the potential of the renewable energy certificate (REC) market?

The REC segment is currently passing through a changeover, from being sell surplus to sell deficit. We will have to wait for a few more months for the new normal to be formed and to emerge. The solar REC segment is a little behind the curve, mainly owing to an interim period where no trading could take place, but is fast catching up on the bottled-up demand. The REC market has a significant role to play in helping address the renewable energy resource diversity and in the integration of large-scale renewable asset additions. The introduction of partial fungibility of these instruments in the new renewable purchase obligation trajectory is a welcome and significant step. On the supply side of RECs, it is high time that competitive bidding structures are contemplated where renewable energy assets bid on the basis of price of energy delivered and the green component of such energy is reflected through the RECs issued to them. On the demand side, the right degree of policy and regulatory stewardship would lead to sustained demand stemming more from the higher standards of compliance than from the fear of penalty.

What is your outlook on short-term volumes and prices?

The volumes traded on the exchanges are expected to grow further. Both the policy direction and the regulatory approach are aligned towards that growth. The task for the exchanges is to suitably channelise this into meaningful growth of the market and not just as growth in volumes of the existing day-ahead spot. Meaningful growth would be one that addresses all the three dimensions of liquidity, viz immediacy (availability of trades of a given size), width (cost of doing trade of a given size) and depth (size of a trade at a given cost).

PXIL’s approach of social welfare maximisation for price discovery is truly aligned with the espoused regulatory principles. The prices discovered at PXIL are thus truly reflective of the demand-supply dynamics. PXIL, as an exchange, will remain agnostic to prices but will always ensure an efficient price discovery process.