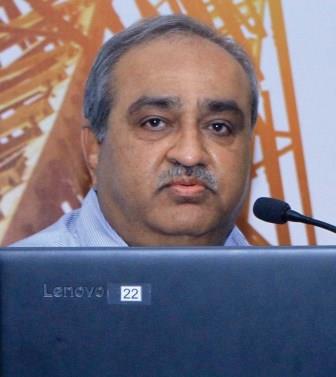 Improving the quality of power supply and utilising assets efficiently are the top priorities for one of India’s biggest state transmission utilities, Gujarat Energy Transmission Corporation Limited (GETCO). Significant investments are being made in modernisation of the state grid and deploying new technologies. At Power Line’s recent workshop on “Grid Modernisation in Gujarat”,

B.B. Chauhan, managing director, GETCO, spoke in detail about the technologies and initiatives being used by the transco, their expected benefits, the issues and challenges being faced in their implementation, and the transco’s future plans. Excerpts…

GETCO’s transmission network handles a significant generation capacity of almost 27,324 MW, of which renewable energy contributes to almost 20 per cent. The peak demand in the state has increased from 9,335 MW as of October 2007 to over 17,000 MW as of October 2017. To evacuate the power efficiently from all sources and meet the growing demand, GETCO has undertaken massive investments in the development of transmission infrastructure, which has almost doubled in capacity over the past decade.

The transmission line length has increased from 36,388 ckt. km as of March 2008 to 61,055 ckt. km as of March 2018, and the transformer capacity has increased from 45,402 MVA to 110,047 MVA for the same period. The additional transmission capacity has enabled effective power transfer from all the generation points without any constraint and without the overloading of any element in the network. It has also enabled the utility to maintain transmission losses well within the limit; its transmission losses were 3.72 per cent in 2017-18.

With a grid this huge comes the challenge of managing it efficiently. To this end, technology plays an important role. Along with adding infrastructure, GETCO has also been proactive in upgrading existing technologies and deploying new ones. This has helped the state to be amongst the few with no power deficit.

The key objectives of grid modernisation activities by GETCO have been the optimal utilisation of existing assets, overall improvement in quality and increased availability and reliability of power supply. Other objectives have been the evacuation of more power from the same corridor, better utilisation of the limited footprint area, enabling real-time grid management, improvement in operational efficiency, optimisation of manpower, minimising the impact on the environment and enhancing the aesthetics.

Grid modernisation and upgradation has helped not just in improving the power quality, but also in increasing the system availability. GETCO spent over Rs 6.5 billion on renovation and modernisation activities between 2014 and 2017. Further, we have planned an expenditure of Rs 7.6 billion to be undertaken by 2018-19.

One of the key technologies being deployed is the transmission asset management system, a tool that gives real-time information about the system condition. This software is expected to serve as the base for many more business intelligence-based future applications, and increase the reliability and efficiency of the transmission system for 24×7, uninterrupted, quality power supply to consumers.

The company has also adopted condition based monitoring of all the equipment, under which all the assets have been mapped and a regular health check is conducted by the testing teams. Any equipment found near the critical value is immediately attended to and replaced if needed. GETCO has also adopted a hotline (live line) maintenance system under which hotline teams have been deployed at all circles so that power outages can be minimised.

Other initiatives include the deployment of gas-insulated switchgear (especially in the most hazardous and polluted areas) to increase operational efficiency; the adoption of a multi-voltage transmission system (11 kV, 66 kV, 132 kV, 220 kV and 400 kV as against 440/220 kV voltage levels earlier); and underground cabling in the city and urban areas to overcome right-of-way issues as well as to increase power reliability. For the construction of new transmission lines, narrow base towers and multicircuit tops are being installed. Some monopoles have also been deployed, but they are not as cost-effective as underground cables.  For reactive power management and improvement in the voltage profile, we have been installing capacitor banks (5,208 MVAR), bus and line reactors (2,650 MVAR) and static synchronous compensators (STATCOM).

In order to evacuate more power from the same corridor, high capacity conductors such as AL-59 are being deployed at 220 kV and 400 kV voltage levels. The company has stopped using the aluminium conductor steel reinforced (ACSR) conductor for its 220kV and 400 kV systems. The all-aluminium AL-59 conductor provides higher conductivity and lower loss levels. GETCO is also deploying a line monitoring unit to assess the dynamic line ratings. This is a very important tool, which continuously measures the temperature of the conductor and provides information about the quantum of power that can be transmitted through it. The company is planning to put it on one of the 66 kV lines and will put it on other critical lines too, if it is found to be useful.

Along with capacity addition, the company has been working towards better utilisation of its limited footprint area and existing substations. To this effect, it has been upgrading existing substations to extra high voltage levels; it has also upgraded one substation from 66 kV to 132 kV and four substations from 132 kV to 220 kV. GETCO has deployed eight hybrid/gas-insulated substations as well. The digitisation of substations is another thing the utility is working towards. It had set up the first current transformer circuit-based digital bay in a 220 kV substation in 2012-13. Following that, two more digital bays were put in an other substation and it is now working on the digitisation of an entire 220 kV substation. Digital substations are not only faster in operations, but also have a smaller carbon footprint. Following GETCO, the Power Grid Corporation of India has also taken up the installation of digital equipment. This is a step towards moving from the conventional protection system to substation automation.

Further, the company is deploying phasor measurement units (PMUs) and wide area monitoring system for real-time grid visualisation. Around 113 PMUs have already been installed at 25 locations. Wind energy forecasting is becoming a key priority area now, to enable the grid to absorb variability. Not only have we developed strong forecasting tools, but we also have a strong data backup with our state load despatch centre, with which we are able to manage the grid effectively. We have set up forecasting and analytics tools at all the 71 pooling stations of wind power (that is, 5,595 MW of capacity).

The company is also implementing an automatic demand response scheme (ADMS), under which it takes automatic action (that is, without manual intervention) to restrict drawal from the grid by extending a tripping signal to load under predefined conditions. Currently, 732 discom feeders are connected under ADMS. 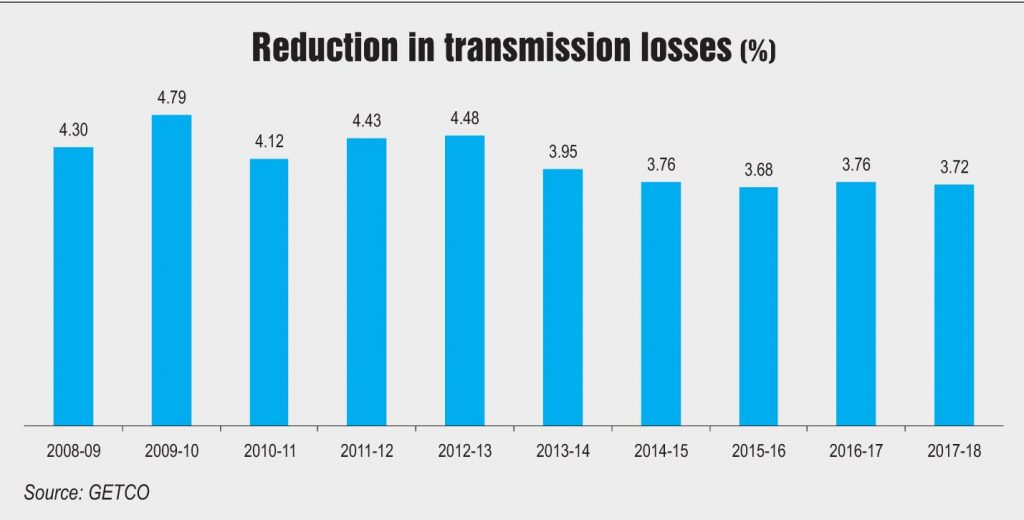 Although the importance of grid modernisation is acknowledged by all utilities, there are certain issues that have restricted the adoption of enabling technologies. There is limited competition and a lack of manufacturing facilities. Higher initial costs that are loaded upfront by manufacturers is another challenge, and these need to be spread out over time.

The lack of indigenous technologies and the lack of standardised specifications by manufacturers have been other challenges. In addition, grid operation is becoming increasingly complex and challenging with the increasing share of renewables. Some utilities still have reservations about opting for new technologies and are waiting to observe the performance of other utilities before deploying them.

Power supply being a critical service involving a huge inventory of assets, system renovation and modernisation cannot be done overnight. GETCO plans to undertake grid modernisation in a phased manner. The company is regularly monitoring the electrical equipment and carrying out the necessary upgradation or replacement. Substation augmentation has already been done.

Going forward, GETCO plans to digitise all its substations and has already initiated the process. It will transmit the data from the field faster and enable system operators to take quicker decisions. About 33 substations currently have remote operations facility, with seven of them being operated remotely. All new transmission lines are being installed with optical fibre ground wire (OPGW) and the existing earth wires are also being replaced with OPGW. In this way the company plans to bring about the complete fiberisation of transmission assets, which will help grid operators in managing the system more effectively. The company is also planning to have a real-time integrated grid control system; have a dynamic line rating in order to be able to assess the maximum line capacity; install fault current limiters; map all the substations for renewable integration capacity; and install ester oil-filled 220 kV class green transformers and assess their performance.