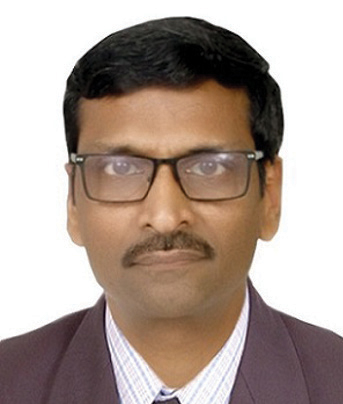 “POSOCO is focused on making a self-healing grid”

The power sector in India has undergone a transformation with progressive policy-level reforms and effective implementation in the recent years. The tremendous pace of expansion of the generation and transmission segments in terms of higher voltages, new technologies, ultra mega power projects, large high voltage direct current projects, fixed series capacitors and static synchronous compensators have strengthened the Indian power grid to meet the peak demand of around 170 GW in 2018. Non-discriminatory open access at the interstate level has been enabled through a robust and vibrant electricity market with now over 50,000 transactions being carried out totaling about 100 BUs in short-term market volumes.

The functions of POSOCO have been evolving with the integration of power systems, increase in electricity demand, growth of the economy, and changes in technology, regulations, market design, administration and management of the power system. POSOCO is a knowledge-based organisation, but also performs various other functions assigned by the central government from time to time. Further, POSOCO facilitates and enables power sector reforms introduced by the Ministry of Power and gives regular feedback to the Central Electricity Regulatory Commission (CERC), the Central Electricity Authority (CEA) and the central transmission utility on the design and operational aspects of the power system.

What were some of the notable studies undertaken by POSOCO during the past year? How was the performance of the grid during this period?

A number of studies and simulations have been carried out in the recent past to understand the various aspects of the Indian power system and the electricity market, particularly the impact of renewable energy integration. These include inter-alia studies on flexibility requirements, demand patterns, hydro generation optimisation, gas generation optimisation, market behaviour and renewable integration simulation. These studies have given confidence that the Indian power system is capable of integrating large-scale renewable energy in a secure and reliable manner. The frequency profile has improved with the implementation of ancillary services. For 70-75 per cent of time, the frequency remains within the operating frequency band of 49.90-50.05 Hz mandated by the Indian Electricity Grid Code (IEGC). On most days, the average frequency is close to the national reference frequency of 50 Hz.

How is the ancillary services market shaping up? What are the key issues and challenges?

Ancillary services were implemented in the Indian electricity market in April 2016 through a regulated mechanism. With the in-house development of customised software solutions, Reserves Regulation Ancillary Services (RRAS) have addressed congestion management issues and provided optimisation at the regional and pan-Indian levels, thereby also facilitating the integration of renewables. Ancillary services have proved to be a valuable mechanism to grid managers for maintaining the system parameters, especially during extreme weather conditions, generation unit outages, transmission line trippings and high power demand.

However, there are several challenges being faced in the ancillary services market. These pertain to “gate closure” in the scheduling process, the quantum of reserves to be maintained, load and renewable generation forecasting, speed of communication of instructions, metrics for performance monitoring, the review of charges payable for RRAS, etc. Thus, more options/products need to be provided under ancillary services for smooth grid operation. Steps are being taken to expand the ambit of ancillary services to include fast tertiary control through hydro, secondary frequency control, voltage control and black-start service. After gaining experience in the current regulated version, a market-based model for providing ancillary services may be considered.

What are the key challenges in the integration of renewable energy into the grid? How can the grid reliability issues be addressed?

The large-scale penetration of renewables and other distributed resources in the grid increases uncertainty and volatility in power grid operations. Operational challenges include fast ramping, variability, potential grid instabilities resulting from the loss of inertia, visibility and controllability of the behind-the-meter resources, load stagnation/oversupply, and inadequate communication interfaces and operator training.

Reinforcement and expansion of the existing power grid is needed to accommodate the increase in electricity consumption and the integration of distributed energy resources. This would require flexibility in conventional generation, frequency control, creation of generation reserves, introduction of ancillary services, a forecasting, scheduling, deviation settlement mechanism, a balancing mechanism, robust data telemetry and communication systems, establishment of renewable energy management centres, augmentation and strengthening of the transmission system as well as compliance with regulations and standards by renewable generation.

What steps are being taken for the implementation of AGC on a pan-Indian basis?

In October 2015, the CERC gave the roadmap to operationalise reserves in the country. It identified primary, secondary and tertiary controls as important components for secure grid operations. A total of 3,600 MW was earmarked as secondary reserve. In December 2017, the CERC approved the commissioning of the AGC pilot project between the National Load Despatch Centre and NTPC Dadri Stage-II. AGC was operationalised in India in January 2018 on a pilot basis. Four other locations in the western, southern, eastern and north-eastern regions were also identified and implementation of the pilot AGC project in those regions is under progress.

Further, the frequency bias mode and tie-line bias frequency mode operations are being studied besides configuring additional units on AGC. After successful testing, this technology is planned to be implemented across India in around 100 power generation plants. A total of around 65,000 MW is envisaged to be brought under AGC. The full-scale project, planned by 2022, will enable efficiency and grid security in the Indian power system, making it ready to handle the targeted 175 GW of renewable energy capacity.

What is the status of renewable energy forecasting by regional load despatch centres (RLDCs)?

In order to deal with the variability of renewable generation, forecasts are crucial to ensure grid security and resource adequacy during operation. Forecasting is a prerequisite for the scheduling of renewable energy generation. There is a need for both centralised and decentralised forecasting systems. The framework for forecasting, scheduling and deviation settlement for renewables at the interstate level has been implemented with effect from November 1, 2015. Although the quantum of renewable capacity under the RLDCs’ jurisdiction is small, the quantum of deviations for such generating stations is being worked out by regional power committees.

The electricity grid managers have a significant and critical role in the energy value chain and hence need to be quick in adapting, while also mitigating new risks. One of the key priorities of POSOCO is to implement a framework for reserves with both primary and secondary frequency controls. Load and generation forecasting is another thrust area to manage uncertainties on account of load and renewable energy variations. POSOCO is focused on improving grid resilience and making a self-healing grid to deal with natural calamities and climate change phenomena. In view of cross-border interconnections, POSOCO’s role would be pivotal and POSOCO would handhold the emerging economies to achieve reliable and secure grid operations along with a robust electricity market.

Further, in view of the large-scale renewables penetration, flexibility of available resources needs to be harnessed and valued. To this end, POSOCO is attempting an optimisation exercise on a real-time basis, factoring in various constraints, such as 55 per cent technical minimum of thermal plants, limited energy hydro resources and the interregional transfer capability.

POSOCO will strive for grid reliability standards to ensure monitoring of grid operations with respect to the CEA standards and CERC regulations. POSOCO aims to implement technology upgradations in situational awareness tools, IT automation and cybersecurity tools in line with the best international practices.

Last, but not the least, managing human capital and building sustainable institutions are also key priorities for POSOCO. The best training and certifications to develop domain knowledge and analytical abilities of system operators will be ensured.