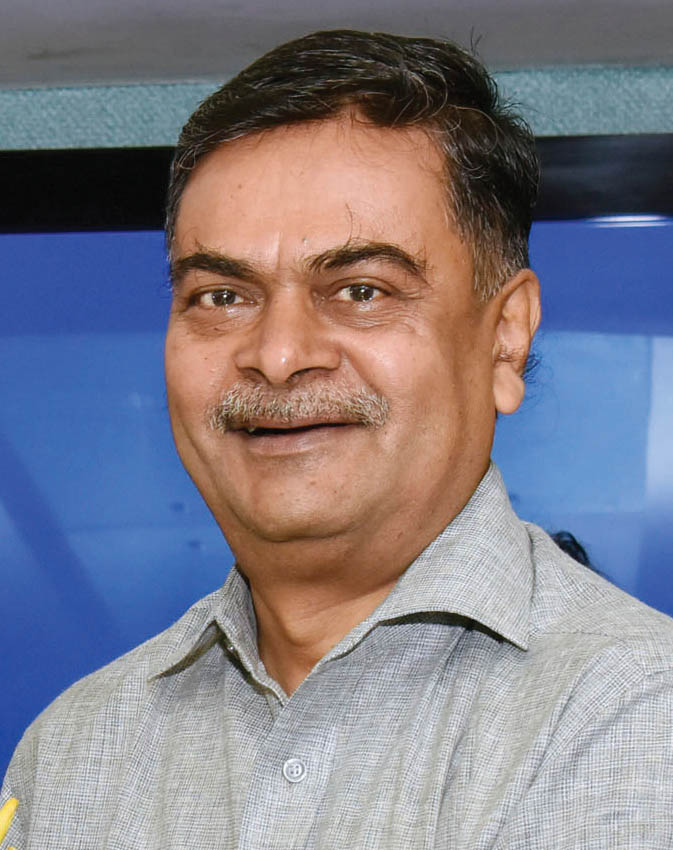 As the government works towards expanding the renewables sector to generate 40 per cent of its energy from renewable sources by 2030, it has emphasised that thermal and hydro power will continue to remain an important parts of the fuel mix. Incentivising thermal power plants for flexibilisation and reviving hydropower to meet the grid balancing requirements are the key priorities of the government. At recent industry events, R.K. Singh, Minister of State (Independent Charge) for Power and New and Renewable Energy, spoke about a range of issues that impact the sector, such as power demand outlook, energy efficiency and coal mining, among others. Excerpts…

We are living in times of change, more so in this country than in any other part of the world. Never in the past has this scale of change happened. Our demand is growing at a rate of 6.5 per cent. We have one of the largest ongoing grid expansion programmes in the world. We are adding 40 million new consumers to the grid, and have already added around 16 million consumers. We are a growing economy and are expected to grow even faster.

All this has implications for the power sector and power consumption. The expansion of the grid to consumers and the increase in per capita income will lead to a much higher rate of demand growth. We need to be prepared on two fronts. First, development is an imperative. We need to bring our people above the poverty line. Second, we need to raise their standard of living so that they can afford better educational institutions and proper healthcare, and secure employment. That means our per capita consumption, which is just at 1,200 units at present, will go up two to three times. We will grow to meet our development requirements and with this our consumption is bound to go up in a substantial manner.

We have another ongoing movement for sustainability. Most of the countries in the world are concerned about the environment and there are calls for reducing emissions and energy intensity. We believe that we need to leave behind a healthier planet for future generations. We have set a target of reducing the emission intensity of our economy by 33 per cent compared to the 2005 levels. The potential for reducing our emissions intensity is huge. We will be working with the rest of the world to reduce the energy intensity of our economy. However, if you ask us to prioritise, our first priority will be development. Also when we talk about reducing the energy intensity, instead of asking consumers with 1,200 unit consumption to reduce their usage or moderate their goals, we must ask those who consume seven to eight times more to reduce their consumption first.

There is no competition between renewables and thermal. The imperative is that we need to add renewables to keep to our commitments by 2020. The reality is that there is so much of suppressed demand in the country and it will increase as more consumers are connected. Thus, the current capacity of about 345 GW is not enough. We will also start penalising load shedding through the Tariff Policy changes. Once people get 24×7 power, the combined capacity will not be sufficient.

We have set a national goal that by 2040, 40 per cent of the capacity will be from renewables, and we will cross that. If we include large hydro, 30 per cent of installed capacity is already coming from renewable sources. This includes 72 GW of renewable and around 46 GW of hydro capacity. We have set a target for ourselves that by 2022 we will reach an installed capacity of 175 GW from wind, solar and biomass. While we have already reached 72 GW, about 18 GW of capacity is under implementation, 28 GW has been bid out, and we have further bids lined up. We may more than achieve our target of 40 per cent renewables by 2020.

Currently, coal is an issue. Thermal capacity has been constrained and we need to do something about it. Companies like NTPC and the Damodar Valley Corporation will also need to become adept at mining coal. Their coal mining wings will have to be strengthened and their mines operationalised. That is something we will have to do to meet the growing demand, more so as no state government wants to put up with load shedding. We don’t see many new coal mines coming into operation by 2030 to meet all our demand. In fact, the existing coal mines are not sufficient to meet the current coal demand of all thermal plants. That is why we have so many thermal plants that are lying idle. If you give them coal, they will produce power and sell it in the open market. Coal is a constraint and that is the other reason why renewables will continue to grow.

Renewables by themselves are not sufficient and must be balanced. Balancing has to be done across the board. Another disappointing trend has been the sustained agitation against hydropower projects during the 1970s, 1980s and 1990s. Such agitations have received a lot of foreign funding as well. This had stalled our hydropower programme; however, we now plan to revive it. Also, hydropower needs to be used as peaking power rather than as baseload. This is an area that we need to incentivise commercially. This will require persuading states that use hydro as baseload to move away from that. This is difficult as certain states, like Punjab and Haryana, are getting power at extremely low tariffs of 30 paise per unit from old hydropower stations.

We need to flexibilise thermal power plants. I would like to commend the Central Electricity Regulatory Commission for coming out with the regulations. We will write to the state regulators for appropriate measures as well. We also need to make flexibilisation commercially viable for thermal power plants. There is a need to incentivise plants so that when they are asked to come to the grid to flexibilise, the price per unit paid is higher than the normal price.

The achievements under the first phase have been very impressive indeed. The targets have been exceeded by more than 30 per cent. The first cycle itself led to savings of almost 1.25 per cent of our primary energy consumption. This benefits not only the industry but also the country, and is a win-win situation. The savings we achieve in energy consumption lead to savings in money and profitability. This benefits the country, making it more efficient as compared to the world. Just in the first cycle of PAT we achieved 8.67 of million tonnes of oil equivalent (mtoe) savings. The second, third and fourth PAT cycles are expected to yield at least 19 mtoe savings.

We have brought about a near revolution in lighting. Almost all villages are now lit by LED lights and not incandescent bulbs. Street lights have been changed to LEDs. Just by changing the lights we have been able to achieve 60 per cent of energy savings in lighting. In the near future, we will try to switch to LED consumption completely.

Power demand is growing at 6.5 per cent and is expected to go up to a high of even 9 per cent. The pressures are going to be huge, but they are part of the development challenge. We are trying to roll out renewable energy as quickly as possible. We have the whole world competing for whatever we bid out. I am very sure that we will achieve both our targets – growth and reduction in emissions intensity of the economy.