The distribution segment has been high on the government’s reform agenda for the last few years. While the outcomes of the Ujwal Discom Assurance Yojana (UDAY)  have been mixed so far, a number of reforms were announced for overhauling the segment in the last year or so, raising industry expectations. Power Line invited leading discoms to share their views on the performance and outlook for the sector…

How do you think the sector progressed last year? What were the major positive and negative developments in the past 12 months? 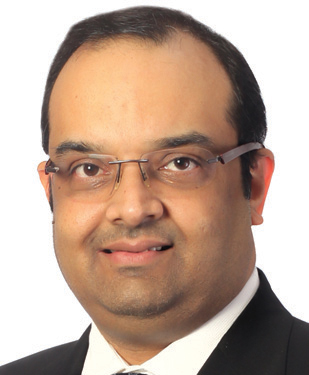 If we look at last year’s progress, it is arguably true that the industry saw major triumphs in the past 12 months. With Prime Minister Narendra Modi’s tweet on April 28, 2018, declaring the “100 per cent electrification” milestone, and reducing the peak power deficit to 0.7 per cent and the overall electricity deficit to 0.6 per cent, the hope of becoming power surplus in the near future has soared exponentially.

Post the achievement of 100 per cent village electrification under the Deendayal Upadhyaya Gram Jyoti Yojana (DDUGJY), the government has committed to connect all households by end 2018 under the Sahaj Bijli Har Ghar Yojana (Saubhagya). To bring transparency and to disseminate information to the public at large, various apps like Saubhagya, VidyutPRAVAH, PRAAPTI, Tarang, etc. were launched by the Ministry of Power.

On the negative side, discoms’ dues to gencos, which rose by 30 per cent in the mentioned time span, stood at Rs 377.15 billion to 23 power producers. UDAY has not been able to sustain its impetus after the initial impressive run. Apart from this, the industry is taking its own time to catch up with the technology of the developed world like smart metering and electric vehicles. Lastly, the list of unsuccessful distribution franchises had an unfortunate addition with the three distribution franchises in Bihar closing down, which was a major blow to the spirit of privatisation in the sector.

There were high expectations from the government for substantial sectoral reforms and regulatory interventions to help the stressed generating assets. More than 45,000 MW of generating assets are lying unattended on account of unavailability of coal, discoms’re luctance to enter into new power purchase agreements, etc. The Reserve Bank of India’s notice has put the gencos in a state of conundrum and the Supreme Court and the high-level committee headed by the cabinet secretary are the last resort for these gencos. Referring these assets to the National Company Law Tribunal would not end this dilemma and it would be a huge loss of public money. Further, changing ownership would not revive this sector and the woes are likely to continue until the sector-specific problems are dealt with rationally through policy intervention.

Although on the renewable side, especially for solar, we saw a lot of capacity addition, and that too at a very low tariff. It will continue to do so in the coming years and simultaneously, we should also be concerned about grid security and load scheduling for infirm generation sources.

Do you see an improvement in the health of the power distribution segment in light of the reforms taken?

A combination of reforms and efficient use of technology through apps has helped the distribution sector evolve immensely in the last few years. Under reform programmes like UDAY, most of the discoms have reduced their financial losses. As per available sources, more than Rs 200 billion interest cost has been saved by discoms under this financial reform programme.

A thrust on efficient appliances, use of solar energy and demand management are some of the ways to deal with consumption growth in a sustainable manner. Under the Unnat Jyoti by Affordable LEDs for All (UJALA) scheme, the 308.4 million LED bulbs sold have resulted in savings of Rs 160.22 billion and averted a peak demand of 8,019 MW.

With all these efforts, India’s rank has improved to 29 in 2018 from 111 in 2014 under the World Bank’s Ease of Getting Electricity Ranking.

The distribution sector has improved very marginally but whether they have actually gained anything is a big question. One can say that the distribution network has improved a lot but it has not had a positive impact on the financial health of discoms. We are always optimistic about the reforms and what they would bring with it, but to witness its impact it should also be practised in its true spirit. First, the cross-subsidy is proposed to be capped at +20 per cent of the average cost of supply, but how soon this will happen is still indefinite. Then, it is also proposed that the cost on account of aggregate technical and commercial (AT&C) losses above 15 per cent should not be passed on to consumers in terms of tariff. This is hard to imagine seeing the reality and could further worsen the stress of discoms.

We do acknowledge that everybody should get electricity, and that too at an affordable price. For that to happen, the government should take a rational stand by decommissioning ineffective generating plants and bringing efficient plants into operation. This will surely reduce the stress of stranded gencos as well as the liquidity problem of discoms on account of cheap power purchase. It will be a win-win situation for all as the average cost of generation would go down, and this benefit can be passed on to the consumer on account of decline in their energy charges. Surely, this would imply a reduction in the number of defaulters. As the purchasing power of suburban and rural India is still low as compared to other countries, any reduction in the cost of supply will help convert them into regular-paying consumers.

It is imperative that we keep this reality in cognition because through government schemes like Saubhagya and DDUGJY, the load is increasing with the addition of rural consumers. This will further increase the financial burden on the already loss-making discoms.

What is your outlook for the power distribution sector in the next few years?

The next couple of years will be crucial for the power distribution sector as the deadlines for most of the schemes are due in this period. The timeline for achieving the target as per UDAY ends next year. It is worth analysing what will be the stakeholders’ next step after the completion of UDAY.

The completion of household electrification is due in the coming months and a mammoth number  of connections need to be released on a war footing to meet the deadline. It will be interesting to see how the revenue of the discoms is impacted  post the completion of Saubhagya and household electrification. As most of the households that have been electrified are living in poverty, electricity access is a luxury rather than a necessity. To reduce the revenue impact, the government may have to take the burden by providing subsidy.

With draft amendments to the Electricity Act, 2003 proposing special emphasis on the supply of electricity, the renewable energy and smart grids, the market is expected to become competitive for electricity distribution. Also, efforts towards privatisation of the distribution sector may have to be refuelled to reduce the losses of distribution companies within a shorter time frame.

As far as discoms are concerned, challenges still persist in the form of huge debts, and revenue realisation on account of high AT&C losses. Although our country has seen a drop in AT&C losses, it is still at a place where we need to work very aggressively at the ground level to bring down these losses because the government has also committed to enforce universal service obligation (USO), that is, 24×7 supply to consumers by early 2019. This will, in turn, worsen the financial condition of distributors or suppliers, if AT&C losses are not capped at 10 per cent to 15 per cent. Subsequently, this provides an opportunity for many players to contribute through private participation or the public-private partnership model, which has not happened yet. Another opportunity in this domain can be advanced metering infrastructure (AMI)/smart metering projects at intensive load centres where these projects can be successful and, at the same time, bring down huge losses. A number of business models can exist in smart metering and AMI projects, and we are also discovering a few and parallely eyeing these opportunities as well.

If the Electricity (Amendment) Act, 2018 is enacted in the coming year, then it would open up a new market for the supply and retail business. However, it is very early to comment on how it would impact our power sector. The government is still seeking comments on the draft, and the policies are still in the formulation phase. We will soon witness how these would be rolled out.