The Ujwal Discom Assurance Yojana (UDAY) was launched by the union government in November 2015 with the objective of providing a permanent solution to the problem of deteriorating discom finances. While it has made significant progress in reducing the financial and operational losses of discoms, a “sustainable” solution to the discoms’ woes is still far away with the aggregate technical and commercial (AT&C) loss target way below global benchmarks and financial losses continuing to be significant. In the session “What Next After UDAY”, at the Power Line Summit 2018, policymakers, sector experts and heads of key discoms spoke about the achievements under UDAY as well as the areas of improvement and the way forward. The speakers included Dr A.K. Verma, Sanjay Banga, R.G. Gupta, and Sabyasachi Majumdar. An overview of the discussion…

UDAY has two broad parameters of success or failure – the gap between the average cost of supply (ACS) and the average revenue realised (ARR), which indicates a discom’s financial performance, and AT&C losses, which indicate its operational performance. So far under UDAY, the ACS-ARR gap of participating discoms has reduced from Re 0.58 per unit to Re 0.21 per unit and the AT&C losses have come down from 21 per cent to about 18.8 per cent. The reduction of AT&C losses to sub-20 per cent levels has been achieved for the first time since 1963. Over 17 states have shown positive results in reducing financial as well as AT&C losses. States have also become conscious of discoms’ performance as they are committed towards the objective of power for all by April 1, 2019. The total financial losses of discoms have declined from a peak of Rs 700 billion to less than Rs 200 billion. Further, the annual increase in power purchase cost (PPC) has reduced to 2 per cent since 2014, despite an increase in coal prices, the green energy cess and the integration of renewables. This is mainly owing to an improvement in domestic coal supply and decreased reliance on imports, besides better power procurement strategies. 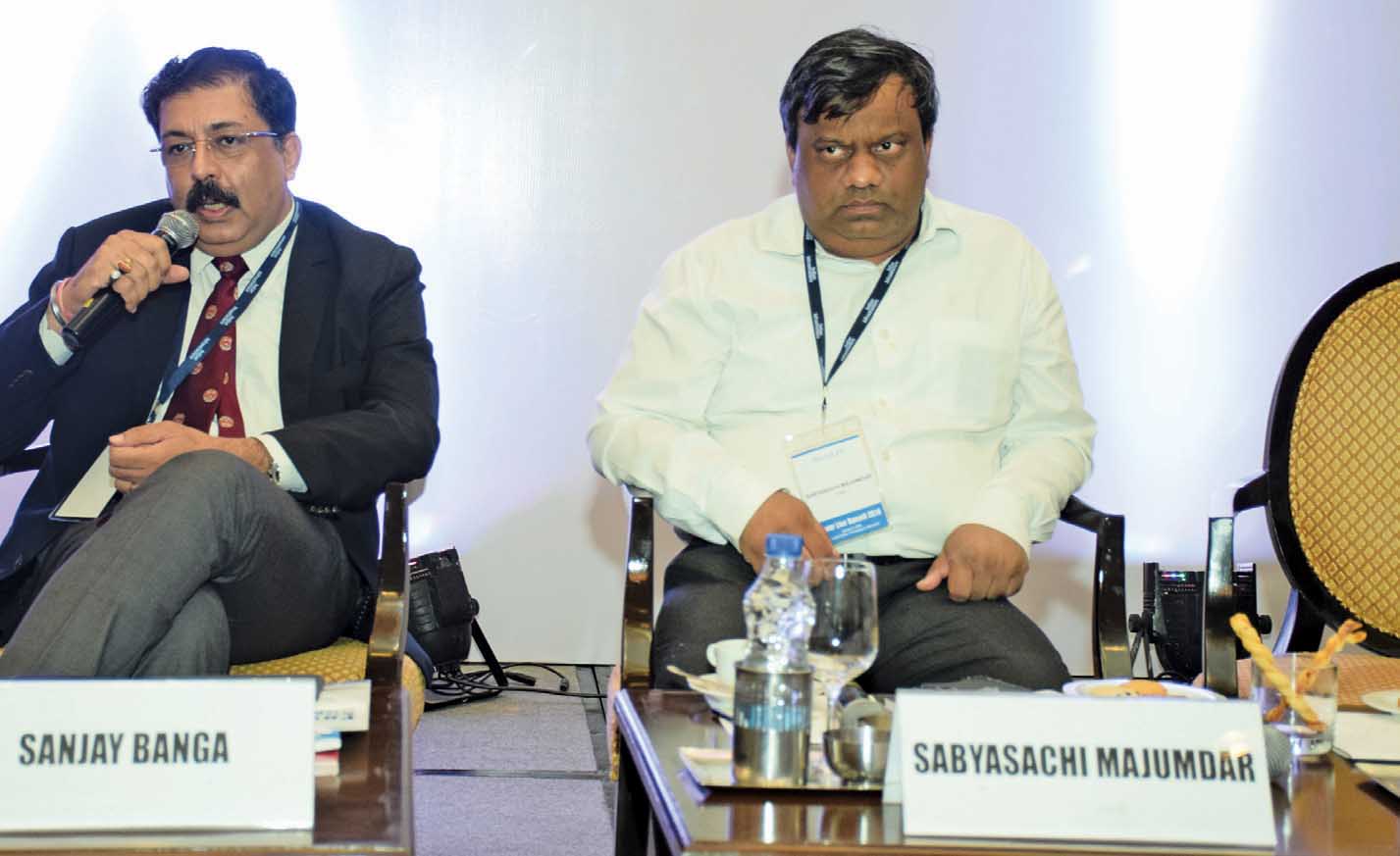 Jaipur Vidyut Vitran Nigam Limited (JVVNL) has reaped immense benefits under UDAY – the discom’s loss has reduced from Rs 48 billion in 2016-17 to Rs 27 billion in 2017-18. This has been mainly possible because of lower financing/interest costs and reduction in AT&C losses. JVVNL’s AT&C loss has reduced from 23.6 per cent in 2016-17 to 19.8 per cent in 2017-18. Further, for the July-September 2018 quarter, it stood at about 17-18 per cent vis-à-vis the target of 15 per cent for 2018-19, which the discom is confident of achieving. JVVNL’s loss reduction measures include metering of all 11 kV feeders, incentives for meter replacement and simplification of complaint registration and electricity connection mechanisms. There are 20,000 11 kV feeders across the three distribution companies in Rajasthan and all of them have been metered, which has enabled reliable energy accounting. JVVNL has also been able to manage its PPC, which remained around Rs 4.30 per unit in 2017-18 and 2018-19. Further, the discom has witnessed an increase in power demand due to release of connections under the Pradhan Mantri Sahaj Bijli Har Ghar Yojana (Saubhagya) and industrial demand has also grown at a reasonable rate of 5-6 per cent. JVVNL has also initiated steps for power quality improvement – it has an online consumer complaint registration system and is working to reduce trippings, augment power line capacity and improve power factor. Rajasthan’s discoms have also reaped benefits through the distribution franchisee mechanism in terms of better revenue realisation as in the case of Kota, Bikaner, Bharatpur and Ajmer franchises. 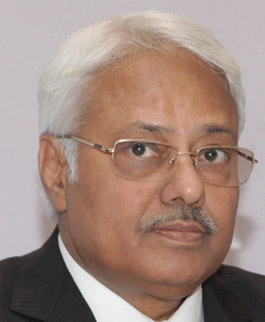 AT&C losses have registered significant improvement under UDAY, but there is still significant lot of scope for improvement. For states where certain divisions have high losses of over 40 per cent, the Ministry of Power (MoP) is regularly monitoring their progress in loss reduction. Also, there are issues regarding the verification of AT&C loss figures submitted by discoms. Further, the billing efficiency of discoms needs to be improved particularly because it will aid in improving their revenues. In addition, the issue of capacity building of employees in discoms needs to be looked at. Discoms are expected to become more accountable in the near future, so employees need to be trained to handle customer grievances efficiently, restore power supply quickly in case of disruptions, and understand the prevailing legal and policy environment. A performance-based ecosystem needs to be developed in state discoms, with incentives and disincentives to drive employees to work more efficiently.

The central government has given an advisory to all states to install smart meters within three years. With smart metering, discoms will be in a better position to engage with customers, meet peak demand, manage PPC and increase billing efficiency. Greater transparency and accountability will come into the system. Discoms are looking forward to adopting smart metering solutions to reduce AT&C losses. JVVNL is planning to install 400,000 smart meters in Jaipur under the Integrated Power Development Scheme (IPDS) and the National Smart Grid Mission.

The Saubhagya scheme is progressing well with 15.9 million, out of 31.8 million unelectrified households, already been electrified. Initially, there were hiccups in the scheme’s implementation but the target of electrifying all households by March 31, 2019 is most likely to be achieved. Under the IPDS, already about 43 per cent of work has been completed under IT Part-A. The scheme will help in IT-enablement of all towns and improve distribution infrastructure for providing quality power to consumers. The erstwhile Restructured Accelerated Power Development and Reform Programme did its bit in introducing technology in discoms but it was not implemented effectively. Under the Deendayal Upadhyaya Gram Jyoti Yojana, the overall progress of work has been over 40 per cent. Besides, there is a proposal to float a central company that would look at ancillary functions such as providing consultancy services to state utilities and/or act as a nodal agency for various government schemes.

The MoP is proposing amendments to various policies to encourage competition and private participation in distribution. With the proposed separation of carriage and content under the Electricity (Amendment) Bill, 2014, there will be a greater number of private players in distribution. But the proposal is unlikely to be implemented soon as there are many challenges. Also, there is ambiguity whether the financial losses go to the distribution side or the supply side after the separation of carriage and content.

UDAY has surely provided financial relief to discoms through debt takeover and lowering of interest cost but operational and commercial efficiency has not been brought to a sustainable level. In the coming years, electricity consumption is expected to grow exponentially, owing to changes in lifestyle, increase in penetration of appliances such as air conditioners and refrigerators, and growing electricity connections in rural areas. Therefore, the utilities will have to gear up to meet this demand. The AT&C loss reduction target of 15 per cent is still high compared to global standards. In the wake of increasing electricity tariffs, unless AT&C losses are brought down to a level of 7-8 per cent, the distribution segment will not be sustainable in the long term.  Lastly, power distribution utilities need to operate on economic principles and benefits/subsidies should only be provided to consumers with low paying capacity. The regulator should set operational and financial targets and licences of discoms, state-owned or private, that fail to meet them should be cancelled. Besides, cost-reflective tariffs will go a long way in ensuring sustainable discom operations. By 2020, 60-70 per cent of discoms are expected to reduce AT&C losses to 15 per cent. Though the financial losses have reduced considerably, they have to be brought down to zero because they will keep piling up, resulting in an increase in interest and borrowing costs. That said, UDAY is just an instrument to reach the final goal of 24×7 power supply at affordable rates. Once the goal is reached, the focus will be on expanding smart grid infrastructure and encouraging further technology intervention for quality power supply.