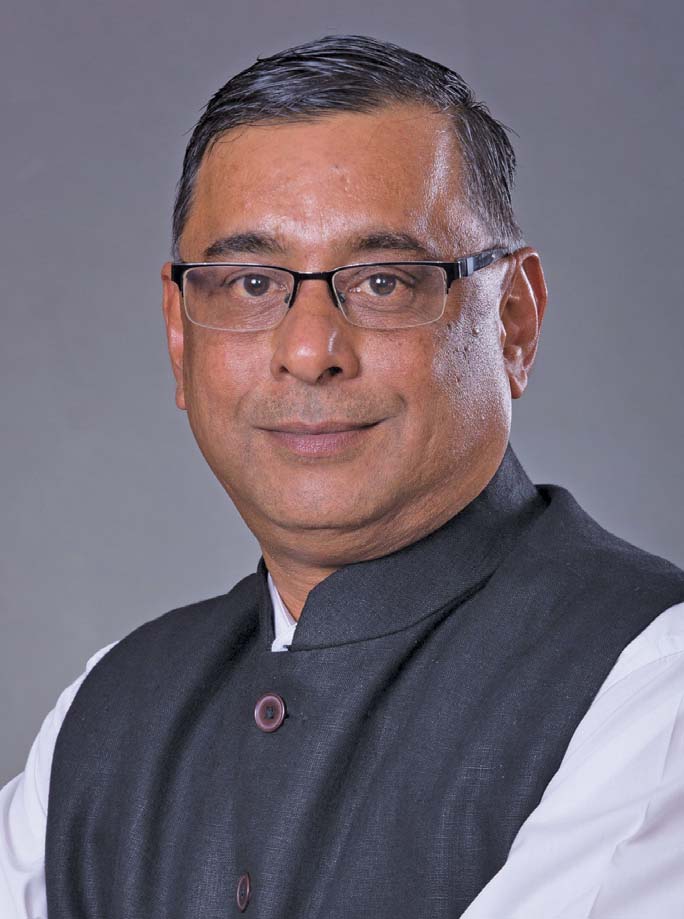 Energy Efficiency Services Limited (EESL) has embarked on a journey to transform the market for trigeneration in India. With a market potential of over 30 GW, trigeneration promises benefits in the form of reduced demand for grid-based electricity, lower emissions and increased efficiency for industrial/commercial consumers. In an interview with Power Line, Saurabh Kumar, managing director, EESL, talked about the potential of trigeneration in India, its implementation challenges and future outlook…

What is the scope and potential of trigeneration technology in the Indian energy context?

The potential of trigeneration technology in India’s energy scenario is immense – 15,706 MW in the near term, with the potential of going up to 30,000 MW over the next five years. Commercial buildings such as hotels, hospitals and data centres; integrated building complexes; industries such as dairy, food and beverages, pharmaceuticals and flexible packaging; and large engineering manufacturing facilities can particularly benefit from the intervention of trigeneration technology.

The increased adoption of trigeneration and combined heat and power (CHP) technology in India will help in reducing end users’ demand for grid electricity, thereby improving grid stability. It will also help transition to cleaner fuels to power India’s economic growth. Tapping into this potential will require an investment of Rs 9 trillion across the building and industry sectors, resulting in an annual emission reduction of 32.2 million tonnes, which will contribute to 1.3 per cent of the emission reduction potential targeted by 2030 under the Copenhagen accord.

Trigeneration and CHP technology use cleaner fuels  like natural gas and biofuel to simultaneously produce three energy outputs – electricity, heat and cooling. The more popular and commercially viable model is the gas-based one where electricity is generated in a gas-fired engine generator, and the waste heat is used for heating and cooling applications.

This technology can also reduce the end user’s primary energy demand by 60-70 per cent, thereby also providing greater stability in, and wider access to, the grid. CHP can increase the overall operating efficiency of an industry by almost 75 per cent, and curb its greenhouse gas emissions by up to 30 per cent. Such a system provides 300 tonnes of refrigeration for every MW of power it generates, saving up to 195 kW and eliminating the need for investments in the centralised cooling equipment and hot water boilers.

Finally, by creating a parallel source of energy through captive generation, trigeneration can protect consumers from surging fuel prices. With electricity prices expected to rise, we expect CHP and trigeneration to become increasingly attractive propositions for end users in India.

What are some of the key market barriers in the adoption of trigeneration in India?

The adoption of trigeneration means a significant reliance on natural gas, for which India has not yet established a self -sustainable supply or pricing structure, as gas prices have not yet reached parity with electricity prices. However, the supply is expected to increase as the gas network in India is expanding in line with the targets, and the country is increasing the import of liquefied natural gas to address supply issues.

The market for trigeneration systems is also closely linked to the market for power and gas in the industrial and building sectors. While the Electricity Act, 2003 has envisaged opening up the power market, it has only partially succeeded in doing so.

In addition, the regulation for CHP technology has been limited mainly to the supply of power and gas, and does not cover cooling and heating. Cogeneration and trigeneration projects can be installed without significant regulatory intervention, and power can be sold through a combination of open access and tariff agreement options.

That said, policy frameworks to facilitate trigeneration and cogeneration have existed since 1993, when the central government announced the policy for advanced bagasse sugar cogeneration and encouraged state electricity regulatory commissions to promote cogeneration in the National Electricity Policy, 2005. The Energy Conservation Act, 2001 also empowered the Bureau of Energy Efficiency to promote energy efficiency initiatives such as CHP.  We are cognisant of these market dynamics, but are also aware that trigeneration technology has evolved. We are, therefore, exploring cogeneration and trigeneration solutions that utilise alternative energy sources, including biomass and renewable energy inputs.

Market conditions in India will need to evolve further to create a more receptive environment for trigeneration and to improve its commercial viability.

What are EESL’s current offerings and plans in this segment?

EESL is introducing an integrated turnkey solution and servicing model for trigeneration and CHP technology on a zero-capex model. We are providing metered heating, cooling and power through a 10-15-year cooling, heating and power purchase agreement. Through its proven energy service company model, EESL will bear the upfront capital costs and risks while providing annual turnkey product installation for gas engines and vapour absorption machines, operations and maintenance services, and recovering costs through savings in end users’ operating expenses. End users will avail of 24×7 power, cooling and heating supply at a nominal cost compared to the prevalent electricity tariffs.

We are also looking to bring to the Indian market a bespoke offering through our recent acquisition, Edina UK, which collects site design data, customises a solution to the client’s specifications, and completes installation within a limited time period to minimise the impact on existing operations.

Our efforts to scale up India’s trigeneration and CHP markets have received an encouraging response and we expect to convert projects of Rs 1.5 billion in 2018-19. We have already completed energy audits in an industry, a hotel and an airport, and are conducting audits in several others across India to identify the feasibility and intervention potential of trigeneration and CHP systems. EESL has already signed an MoU with Mahindra & Mahindra and Tata Motors for evaluating the trigeneration needs of their manufacturing plants across the country.

What are the synergies expected from EESL’s acquisition of Edina? What are the proposed areas of partnership?

EESL is constantly looking for new technologies in its endeavour to become a global market leader in implementing innovative business models promoting the widespread and profitable adoption of energy efficiency solutions. Edina’s synergies with EESL and EESL EnergyPro Asset Management Limited (EPAL), EESL’s UK-based subsidiary, played a significant role in EESL’s acquisition of Edina to venture into trigeneration and CHP.

This partnership has already borne fruit, with Edina recently signing an agreement worth £17 million (Rs 1.55 billion) with Sterling & Wilson Cogen Solutions Private Limited, a group company of Sterling & Wilson. As part of the agreement, which has been enabled with EESL’s financial backing, Edina UK will requisition gas engines by MWM (part of the Caterpillar product family) and generator units with 90 MWe capacity to support Sterling & Wilson’s ongoing effort to scale up the market for short-term operating reserves in the UK. Edina will provide the engines and generators by September 2019 and will enable Sterling and Wilson to build the market for independent power generation. We expect that such servicing opportunities in international markets with India-based clients, like Sterling & Wilson, will help Edina and EESL scale up their operations in the Indian and international trigeneration markets.

Edina’s superior, award-winning customer and product maintenance service, as well as exclusive distributor relationship with MWM, has delivered significant benefits to consumers, reducing energy costs and carbon emissions while providing continuous and reliable power supply. Edina’s bespoke containerised solution is a flexible, replicable and readily scalable proposition, which has enabled Edina to sustain its leadership in the UK, Ireland and Australia.

Edina’s turnkey services have earned the company over 30 awards in the UK, including the Queen’s Award for Enterprise: Innovation Category, in 2014 and 2018.

EESL aims to harness these capabilities and leverage the partnership between EPAL and leading Canada-based battery storage solutions provider Leclanché to enable the EESL-EPAL-Edina venture to offer increasingly flexible systems that can operate in island mode in international markets.

What is the projected market size for trigeneration technology in India in the next few years?

In India, trigeneration technology has a significant market potential, which has been estimated at 30,000 MW, with the bulk of the demand expected to be driven primarily by commercial real estate, airports, industries and service establishments. The Indian real estate sector is expected to reach $150 billion by 2020, and the associated heating, ventilation and air-conditioning market is also expected to witness unprecedented growth with the demand for cooling and chilling equipment driven by rising temperatures, urban migration trends and rapid advancement in green building constructions.

EESL strongly believes that it is in a strong position today to transform the market for trigeneration and create the conditions that would enable this technology to thrive in India as well as in international markets.