Distributed generation (DG) refers to a variety of technologies that generate electricity near the end users. Some of the DG technologies are solar panels, and combined heat and power (CHP). They may serve a single structure (such as a home or an industry), or a major industrial facility, a large hospital, or a college campus, as part of a microgrid (a smaller grid that is also tied into the larger electricity delivery system). These systems may or may not be connected to the electric grid. When connected to the electric utility’s low voltage distribution lines, DG systems can support the delivery of clean, reliable power to additional customers and help reduce transmission and distribution losses.

In many remote and inaccessible areas, where grid extension is not economically feasible, DG can play a critical role in rural electrification. The modular nature of DG systems, coupled with their low gestation period, makes capacity additions easier. They can also reduce the amount of electricity generated at centralised power plants. Further, the DG systems powered by renewable energy, waste heat recovery or steam (which may be otherwise wasted) benefit the environment.

DG technologies can be combined with energy management and storage systems. The size of a DG system typically ranges from less than a kilowatt to a few megawatts. DG options can be classified on the basis of their prime movers such as engines, turbines and fuel cells, or the resources used, such as renewables and non-renewables.

In the commercial and industrial sectors, non-renewable sources such as coal, diesel, or natural gas are often used for distributed generation. Internal combustion engines (fuelled by diesel or natural gas), microturbines and fuel cells (natural gas) are some of the othe non-renewable DG systems. Renewable technologies such as wind, solar photovoltaic (PV) and biopower (biomass gasification, bagasse cogeneration, etc.) are used to serve both rural/industrial sectors.

Microturbines are an emerging class of small-scale DG systems in the size range of 30-400 kW. Also, there are several types of fuel cells currently under development in the 5-1,000+ kW range. They have very low levels of NOx and CO2 emissions because power conversion is an electrochemical process.

However, fuel cells and microturbines are still under development in India. Further, in the urban residential and small commercial sectors of the country, DG is not well developed. Emergency backup generators running on diesel are typically the only DG systems in use. Solar PV or even small wind turbines are yet to take off in a big way. The gharats or small water mills in the hilly areas provide electricity to households and small farms, but are few and far between.

Due to the availability of numerous DG options, there are several policies covering different aspects and technologies. For example, the government is pushing solar in a big way and offers various incentives to homeowners and states to set up decentralised solar systems. CHP, on the other hand, seems to have stagnated due to the withdrawal of financial and regulatory incentives. Meanwhile, waste heat recovery is slowly gaining ground, particularly in the cement and steel sectors.

Several large industries in India are running captive power plants (CPPs) on coal or biomass. These plants meet the power requirements of such industries and reduce their dependence on the grid while optimising energy costs. As per India Infrastructure Research, the total installed capacity of CPPs (1 MW and above) in the country was estimated at 83,900 MW in 2017-18, which represented 25 per cent of the overall installed power generation capacity of 334 GW. Coal was the preferred fuel for captive generation, accounting for a major share of 56 per cent in the tracked capacity.

The cost economics of various renewable energy technologies have turned favourable in recent years with falling equipment prices and greater government impetus provided to the sector. Solar rooftops have become the preferred captive power generation option for institutional and commercial consumers and are expected to reduce the demand for diesel gensets.

Other solar products have also increasingly helped meet the power requirements in rural areas. Over 1 million solar lanterns have been sold in the country, reducing the use of kerosene. Moreover, over 150,000 solar home lighting systems and 50,000 solar street lighting systems were installed, and 1.4 million solar cookers were distributed in rural areas under government programmes as of 2017.

Biogas power has emerged as a promising renewable technology, which also manages the agricultural, animal, industrial and municipal waste in urban and rural areas. Biogas development can help improve sanitation and reduce indoor air pollution. However, the total biogas production in India stood at only 2.07 billion m3 in 2017. This is quite low compared to its potential, which is estimated to be in the range of 29-48 billion m3 per year.

A study was undertaken by a team from Chalmers University of Technology in Sweden and the Indian Institute of Management, Ahmedabad, in late 2017 to identify both technological and non-technological barriers impeding biogas production in India. The results showed that barriers ranged from technology maturity, feedstock availability and quality, to supply chain, awareness level and policy support. Biogas production in India is covered by various waste, renewable energy and urban policies. 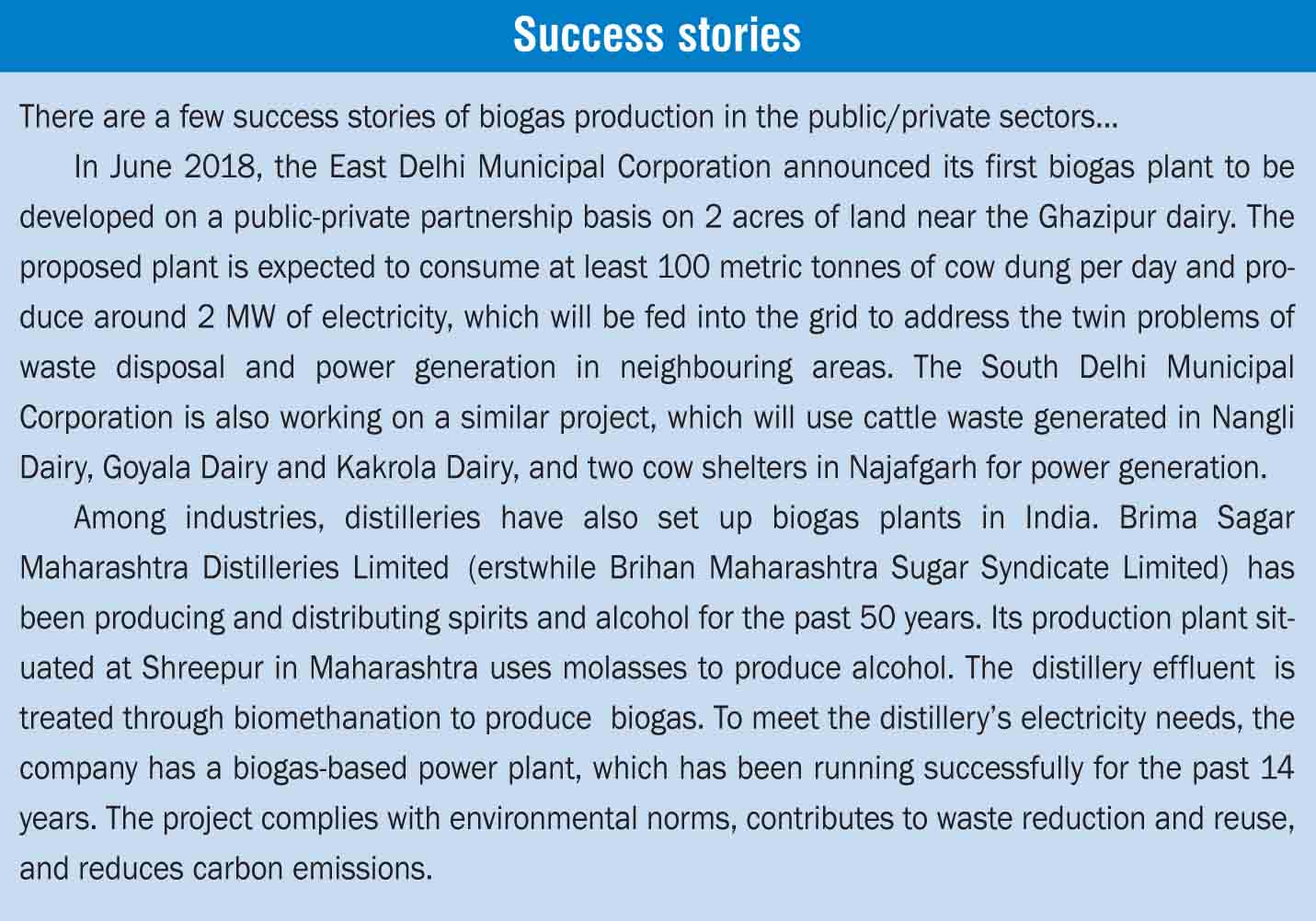 The recently released draft Electricity (Amendment) Act, 2018 also lays emphasis on DG. As per the amendments, decentralised DG refers to electricity generation from wind, small-hydro, solar, biomass, biogas, biofuel, any kind of waste including municipal and solid waste, geothermal, hybrid power systems, or other such sources for end-use at or near the place of generation.

Under the flagship rural electrification scheme, Deendayal Upadhyaya Gram Jyoti Yojana (DDUGJY), decentralised DG is a key component, and includes minigrids and stand-alone systems based on conventional and non-conventional fuels. As of June 2018, of the 3,867 decentralised DG projects sanctioned under the DDUGJY, 2,612 projects stood commissioned and funds worth Rs 3.9 billion had been released.

At the state level, a few states have taken the lead. In September 2018, Maharashtra State Electricity Distribution Company Limited (MSEDCL) floated a tender for the purchase of 1,400 MW of power through DG. Under the state policy, private parties will set up small solar plants with a capacity of 2-10 MW in 30 districts. The maximum capacity in a district should not exceed 50 MW. There are some districts where the maximum capacity is only 25 MW. The plants will be connected to agricultural feeders at the 11 kV or 22 kV level, without any expenditure on transmission infrastructure.

Despite positive policies, regulatory and institutional barriers persist in the DG segment. For example, government incentives like feed-in tariffs, long-term financing, capital grants, viability gap funding and tipping fee for waste collection and handling are currently not in place in the biogas sector, which discourages private investment. There are also uncertainties related to feedstock supply and quality due to inefficient supply chains and low collection efficiency, which hampers production efficiency and profitability of biogas and other forms of biopower in the long run. At the municipal and state levels, due to the limited financial and technical capabilities of municipal corporations, it is challenging to manage the growing solid waste in an integrated manner without the involvement of private players.

There are several government policies and financial subsidies to promote the installation of biogas plants and other DG technologies in rural areas. However, in urban areas, it is only recently that the government has set a long-term target for increasing electricity generation capacity based on urban and industrial waste.

On March 22, 2018, the Ministry of New and Renewable Energy announced the promotion of tens of thousands of household biogas plants in an effort to replace the burning of biomass for cooking, lighting (electricity) and fertiliser production, under its National Biogas and Manure Management Programme. Reportedly, over 5 million plants have already been installed under the programme.

A key limitation of DG has been that electrical energy cannot be stored and must be generated as needed. Adding more generation sources in a decentralised system can lead to new difficulties in controlling supply to best match demand. However, storage techniques such as batteries, compressed air and pumped hydro storage can help keep the grid stable by storing energy when supply exceeds demand and feeding it back into the grid during peak hours. Storage is particularly helpful for intermittent renewable energy plants, which often produce at their highest capacities during non-peak hours. As with generation, storage can be decentralised to maximise its efficiency, and can be both off-grid and grid connected.

Distributed solar on unreliable grids or off-grid solar systems will both flourish with the prices of storage solutions coming down. The inclusion of storage capacity in recent government tenders is also an indicator of its need and cost benefits. For instance, the Andhra Pradesh government is planning to release a tender for a hybrid-plus storage project with 120 MW of solar, 40 MW of wind and 20-40 MWh of storage in 2018-19. Meanwhile, Kerala’s Agency for Non-Conventional Energy and Rural Technology has been working on a pilot project to set up a plant with 3 MW of solar and 4 MW of wind capacity along with battery storage.

DG systems are natural extensions of smart grids. They help in reducing peak loads, thus improving management of the central grid. In the future, both microgrids and smart DG systems will be able to sell their generation back to the utilities, providing an additional revenue stream.

A key feature of microgrids is their ability to seamlessly separate and isolate from the utility during a grid disturbance. A solar microgrid typically consists of one or many solar PV generation units and can be coupled with an energy storage solution, a diesel generator, or other energy sources. It can be connected to the main power grid or operated in islanded or self-sustaining mode. Typically, microgrids do not have power transmission capabilities and are not geographically spread out. Islands, remote communities, industrial or commercial establishments, defence establishments and certain urban communities can benefit from such solutions. Apart from providing access to electricity, solar microgrids help achieve operational savings through reduction in conventional power use, reduce investments in transmission and distribution infrastructure, and meet renewable purchase requirements.

There is a greater need for clean and affordable energy, particularly amongst low-and middle-income rural households. Gas engines and bagasse-based cogeneration are the most cost-effective DG options, while wind-and biomass gasifier-fired engines are viable under certain conditions. Some fuel cells and microturbines based on natural gas need a few demonstration projects and cost reductions before becoming viable. A strategy involving pilot projects, tracking of costs and dissemination of information is likely to result in DG meeting 10-15 per cent of India’s power needs in the next few years.

A key barrier to the deployment of most DG systems is the upfront installation cost. Currently, a few financial incentives are available under several government programmes.

However, they exclude a sizeable fraction of households and enterprises. The provision of microfinance options or low-cost credit like interest-free loans or subsidised loans could be propagated to promote DG. Greater penetration of information and communication technologies in rural India now provides an opportunity to streamline the process of approval and transfer of subsidies to the beneficiaries via digital technologies, and integration with other government programmes to reduce the transaction costs of operating these programmes.

In addition, techno-commercial pilot projects need to be set up to demonstrate the various benefits of smart grids. Overall, the major objectives of any such projects should include developing a smart grid vision, conducting appropriate awareness to educate and develop a consensus, identifying viable funding options, and implementing appropriate policy and regulatory actions to set common standards and encourage innovation. This can be accelerated by bringing together all stakeholders, namely, state and local governments, utility companies, electricity regulators and IT companies, to a common DG-oriented goal. 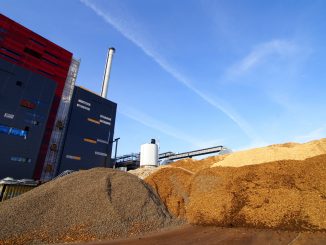 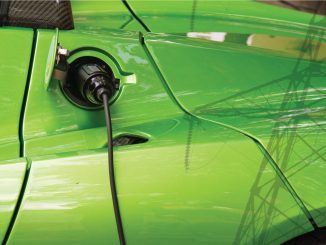 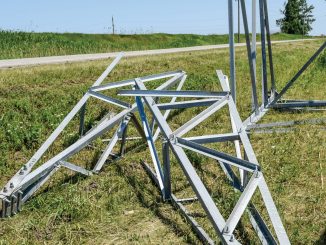