India aims to achieve 175 GW of installed renewable energy capacity by 2022. While this is expected to lower carbon emissions and help meet the growing energy demand, the integration of renewables into the grid will be a big challenge. Renewable energy generation suffers from fluctuations, predictable and unpredictable, due to uncertainty in weather conditions. A renewable base of 175 GW is expected to lead to daily net load swings of up to 80 GW. To accommodate such sharp variations in generation, other energy sources including hydro, gas and coal will have to be flexibilised. While gas and hydropower plants are known for their flexible power generation capabilities, coal power plants face certain technical limitations and need physical as well as operational modifications to achieve flexibilisation.

Taking cognisance of the need for flexibility in coal power plant operations, the Central Electricity Authority (CEA) constituted a committee in January 2018 to assess the technical capability and economic feasibility of coal-based power plants for flexible operation. The committee suggested measures to facilitate and incentivise flexibilisation of coal power plants with the overall objective of renewable energy integration. The eight-member committee had representation from the CEA, NTPC Limited and Power System Operation Corporation Limited. In its report “Flexible Operation of Thermal Power Plant for Integration of Renewable Generation”, the committee has suggested a multi-pronged approach including cyclic operation of gas- and hydro-based generation, use of existing pumped storage systems, development of pumped storage and battery storage, adoption of demand management measures and flexible operation of coal-based plants for the optimisation of the entire power system. The committee has proposed regulatory interventions to make tariffs attractive for flexible power. The following is a summary of the report…

As per the CEA’s forecast, the maximum power demand in 2021-22 will be over 225 GW and the quantum of renewable energy to be integrated into the grid will go up to 108 GW. This integration would require backing down of thermal generation to around 80 GW. Thermal power plants (TPPs) will be required to operate at a minimum load of about 25.73 per cent to accommodate renewables into the grid and balance the system. This has been viewed as the biggest challenge by the committee in maintaining a stable and secure grid. Further, the required ramp-up and ramp-down rates of coal-based generation have been estimated to go up to 379 MW per minute and 422 MW per minute, respectively. However, the committee does not consider this a challenge. It believes that if individual units can maintain a basic ramping capability of 1 per cent of their respective capacities per minute, the Indian grid is well placed with respect to ramping requirements.

Operating at a load of 25-26 per cent can put immense pressure on coal-based units as they are not designed for that. It is widely accepted that the operation of coal-fired units at such low loads is not only financially unviable but also technically improbable considering the high ash content in Indian coal. The committee believes that load on coal units should never be less than 35 per cent. Thus, it has recommended to coordinate generation from all fuel sources (hydro, gas, coal), along with energy storage to provide the required flexible power.

The committee has suggested actions to provide the required flexibility. The first step is the re-allocation of hydro and gas generation from off-peak hours to peak hours (while keeping their total energy generation constant). In the next step, flexible power from pumped and battery storage systems should be used along with two-shift operations of old and small coal-fired plants. The total capacity of individual coal-based units of less than 151 MW capacity stands at around 10 GW. Most of these are more than 25 years old and have high energy charge rating. The committee has proposed to run 5,000 MW of the 10,000 MW capacity during the monsoon months of June, July and August (when the minimum thermal load is estimated to be very low) for six hours in the evening.

In the third step, the committee has recommended to curtail renewable generation to maintain grid stability instead of reducing power generation from other sources. It is estimated that a 0.96 per cent curtailment of renewable energy on an annual basis can improve the minimum thermal load of coal-based capacity from 25.7 per cent to 45 per cent in a business-as-usual scenario, and up to 56.80 per cent if gas and hydropower plants participate in coordinated generation.

Equipment such as advanced burners and indirect firing systems in boilers, and external steam preheating systems may be required to make the plant capable of low load operation. NTPC demonstrated that 40 per cent minimum load operation at the 490 MW Unit 6 of the Dadri Thermal Power Station requires a capital expenditure of around Rs 200 million. However, no major retrofit is required if the unit was to operate at 55 per cent load. Modifications in operational procedures and control system tuning will be sufficient to operate the unit at 55 per cent load.

The major cost of flexibility of coal-based plants is the increase in operational expenditure due to the increase in operations and maintenance (O&M) costs, and decrease in efficiency (increase in heat rate, auxiliary consumption, and oil consumption due to frequent start/stops). Flexible operation leads to faster deterioration of plant components. This increases the failure rate and requires frequent replacement of components. The more number of start/stops required in a year, the greater is the impact on component life. As a result, the O&M cost is significantly higher in units operated on a daily or weekly start-stop basis. Depending on the minimum load requirement and the number of start-ups and stops required, the increase in operational costs is estimated to be in the range of Rs 0.05-Rs 5.64 per kWh for a typical 200 MW/210 MW unit and Rs 0.01-Rs 6.18 per kWh for a 500 MW unit. Meanwhile, the rise in tariff for a 660 MW unit due to the increase in net heat rate at different loading factors is estimated at Rs 0.01-Rs 0.40 per unit. The committee did not carry out a study on increased O&M costs for supercritical units.

Coal-based plants take a considerable amount of time to start up due to the slow process of combustion and the time required to achieve the required steam parameters. Therefore, daily start/stop operation of the entire fleet is not feasible, technically as well as financially. Hence, the entire day’s scheduling of a coal-based unit needs to be done based on the forecasted value of the maximum evening load on the unit during the day. In such a scenario, the units that are scheduled to operate on a given day would be expected to run at low loads when high solar power is available and ramp up gradually when solar generation reduces while the overall power demand increases.

The committee has suggested several measures to be implemented at all levels of O&M and administration to prepare a flexible coal-fired unit. These include raising awareness about flexible operations among plant owners; checking plant status and identifying bottlenecks and limitations in flexible operation; running tests to evaluate the plant flexibility potential; optimising and automating instrumental and control systems; reassessing O&M practices and undertaking condition monitoring; optimising start-up procedures; improving coal quality through blending, washing and online coal analysis; and increasing plant efficiency at part load.

Hydro and gas power plants that have faster start and stop capabilities should be used for flexible generation. Besides, pumped and battery storage systems should be installed at strategic locations. With respect to coal-based plants, small-sized units should be used since the cost of flexible operation decreases with the unit size. From the cost point of view, the committee has suggested to revise the tariff for coal-based plants for supplying flexible generation. The opex can be based on benchmarked costs (to compensate for the increase in costs) and the capex can be reimbursed on an actual basis after examination. In addition, it has suggested to allow a markup on the costs in order to provide an additional incentive to the generator to undertake flexible operations.

In sum, greater coordination is required among various fuel sources to ensure the smooth integration of renewable generation. There is a need for regulatory interventions including a revised tariff structure and a grid code for the supply of flexible generation. 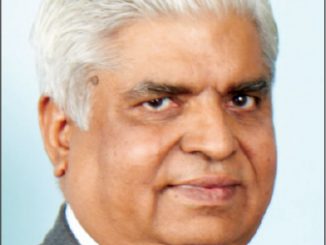 September 20, 2021
Covid-19 has altered the world, but it has not stopped the steady mar­ch of renewable energy. In fact, during the pandemic, the segment grew faster than it has done in the past. [...]
More