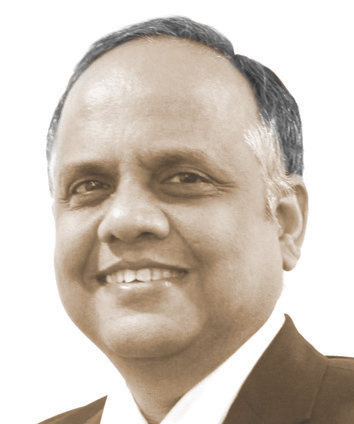 Debabrata Rout, head, power distribution, India Operations, Enzen, brings to the table over 25 years of experience in the distribution sector. Before Enzen, he worked with several MNCs such as PwC, AES, Inc. and BHPE-Kinhill. Rout was a member of the strategic team that aimed to push for reforms in the power sector; in particular, unbundling initiatives. He continues to contribute to the sector in the post-reform era through his collaboration with various utilities for further transformation. As a part of this, he drives strategic and structural change initiatives that are crucial for making the sector sustainable and profitable. At Enzen, Rout is engaged in helping stakeholders transform the distribution segment. According to him, distribution is the most challenging segment of the power sector as commercial losses remain high. “The bottleneck in the system is distribution utilities not paying money back to transmission and generation companies.”

AT&C losses are still high at about 24 per cent, he notes. One of the solutions to address these challenges is private participation in distribution. Enzen was an early player in the private distribution segment and came in as an input-based franchise in 2006-07 in two rural towns of Madhya Pradesh. Losses were extremely high (almost 70 per cent) in these areas, which went without power for more than eight hours. Enzen managed to bring down losses by 30-35 per cent over three years through a number of technology interventions. Enzen currently operates in four revenue districts of Odisha that have a significant rural customer base. It started out with 8,000 customers and now caters to nearly 800,000. “Our aim is to create a sustainable business model for rural areas so that it is a win-win for discoms and consumers,” he says.  Enzen is also working with utilities globally to help solve their technical challenges, especially around network planning, with the aim of achieving greater efficiencies. One reform that could turn around the sector, Rout notes, is the separation of content and carriage. However, with the influx of consumers and IPPs, and the rise of prosumers, there will be grid challenges. According to Rout, there is a need for technology upgradation to increase consumer engagement and digitisation.

Rout has a bachelor’s degree in electrical engineering from the R.V. College of Engineering, Bengaluru, and a postgraduate diploma in management from the Xavier Institute of Management, Bhubaneswar.