The country’s power distribution utilities are grappling with the challenge of high aggregate technical and commercial (AT&C) losses coupled with an increasing power demand. These losses have a significant impact on the operational performance and profitability of discoms. Smart meters are an ideal option to control these losses and help supply reliable power to consumers.

Many state utilities are undertaking smart metering initiatives as part of smart grid pilot projects in the country. In addition, Energy Efficiency Services Limited (EESL) aims to replace 250 conventional meters with smart meters under its Smart Meter National Programme (SMNP). Under the programme, EESL is implementing bulk procurement, aggregation of demand and monetisation of savings. It would be done on a build-own-operate-transfer basis. EESL will, therefore, receive a nominal internal rate of return, which will be reflected in a mutually agreed upon automated payback structure.

The short-term requirements for smart metering stem from the need to reduce AT&C losses of power theft and meter tampering lead to a huge dent in discoms’ revenues. Smart meters help detect abnormalities in power consumption, and send signals to the utilities that can identify and control power thefts. In addition, smart metering allows for remote automatic meter reading, which is faster and more accurate as it reduces meter reading and data entry errors, besides eliminating the need for manual meter reading. Further, the implementation of smart pre-payment functionality helps improve the cash flow of a utility and significantly reduces labour costs. Even in cases of non-payment or delayed payments, power supply can be cut for consumers with outstanding payments.

In the medium term, the key drivers of smart metering include the need to improve the quality of power supply, introduce advanced load management techniques, improve customer satisfaction and undertake demand-side management measures. Smart meters can help utilities  evaluate the power quality by monitoring parameters such as outages and recovery, ratio of qualified voltage, load and loss analysis by each transformer or phase. Further, the availability of real-time data enables peak demand and load management across regions and time. Apart from the discoms, consumers will witness a three-part gain. One, they can monitor their consumption pattern and optimise accordingly. Second, given the two-way communication between the discom and the customer, better service provision will be there as complaints against the discoms’ can also be registered on the web portal or mobile application, and the necessary corrective measures can be put in place. Third, better power quality will improve customer satisfaction.

In the long term, smart metering can help in applications such as net metering for the integration of renewables/ distributed generation, optimisation of power supply through big data analytics, and creation of a multi-energy management system wherein unified data collection for electricity, water and gas takes place.

EESL is using the bulk procurement model for the implementation of SMNP in order to reduce the cost of smart meters. Under the procurement model, 100 per cent investment is made by EESL to procure the meters and services of the system integrator, while zero investment needs to be made by the discoms. The repayment by discoms to EESL will be through the savings resulting from enhanced billing efficiency, avoided meter reading costs, etc.

EESL has released two tenders so far based on the international competitive bidding process, the latest being in March 2018 for procuring 5 million smart meters on a pan-Indian basis. The results of this tender are awaited. The earlier smart meter tender for procuring 5 million smart meters was launched in July 2017, on behalf of the Uttar Pradesh and Haryana utilities, wherein ITI Limited emerged as the successful bidder. So far, EESL has signed agreements to supply 1 million meters to the state discoms of Haryana, 4 million meters to Uttar Pradesh, 75,000 meters in the New Delhi Municipal Council (NDMC) area, 1.8 million meters to Bihar and 1.7 million meters to Andhra Pradesh. Additionally, several states like Tamil Nadu, Telangana, Gujarat, Jharkhand, Odisha, Assam, Madhya Pradesh and Himachal Pradesh have shown interest to follow suit.

Currently, the implementation of smart meters is under way in Uttar Pradesh, Bihar, Andhra Pradesh, Haryana, NDMC and the north-eastern  states, wherein 10 million smart meters are being installed at an investment of Rs 50 billion. The installation of smart meters has already commenced in Varanasi and NDMC, and early reports have demonstrated impressive results. For instance, a pilot project in Uttar Pradesh has shown a 10 to 15 per cent improvement in the billing efficiency, which will improve the revenues of the discoms by Rs 50 billion-Rs 70 billion. The targeted installation of 10 million smart meters is expected to be reached by mid-2020.

Smart grids are evolving as significant facets of the power industry. Yet, the shift from the conventional metering system to the smart metering system has not been smooth and involves a host of sticking points. First, the financial strength of the discoms is weak. Many of them are undergoing financial restructuring due to high debt levels. In such a case, the high installation cost of smart meters can be prohibitive on the utility.

Second, there aren’t enough meter manufacturers that can comply with the smart metering norms and standards. Estimates suggest that the industry capacity for metering is around 50 million per annum, including a smart metering capacity of 25 million per annum. Further, the process of issuance of certificates by the Bureau of International Standards (BIS) is cumbersome and takes up about three to six months. Also, a lot depends on the meter manufacturers’ readiness for type testing.

In addition, interoperability, especially in the case of smart meters, is an important factor to be considered. The readiness of all stakeholders (market as well as utilities) for a new arrangement and investment is the key. Lastly, the state discoms are still trying to understand the nuances of automated metering infrastructure and find it difficult to justify the high investments. Further, AMI being an evolving technology adds to this challenge. 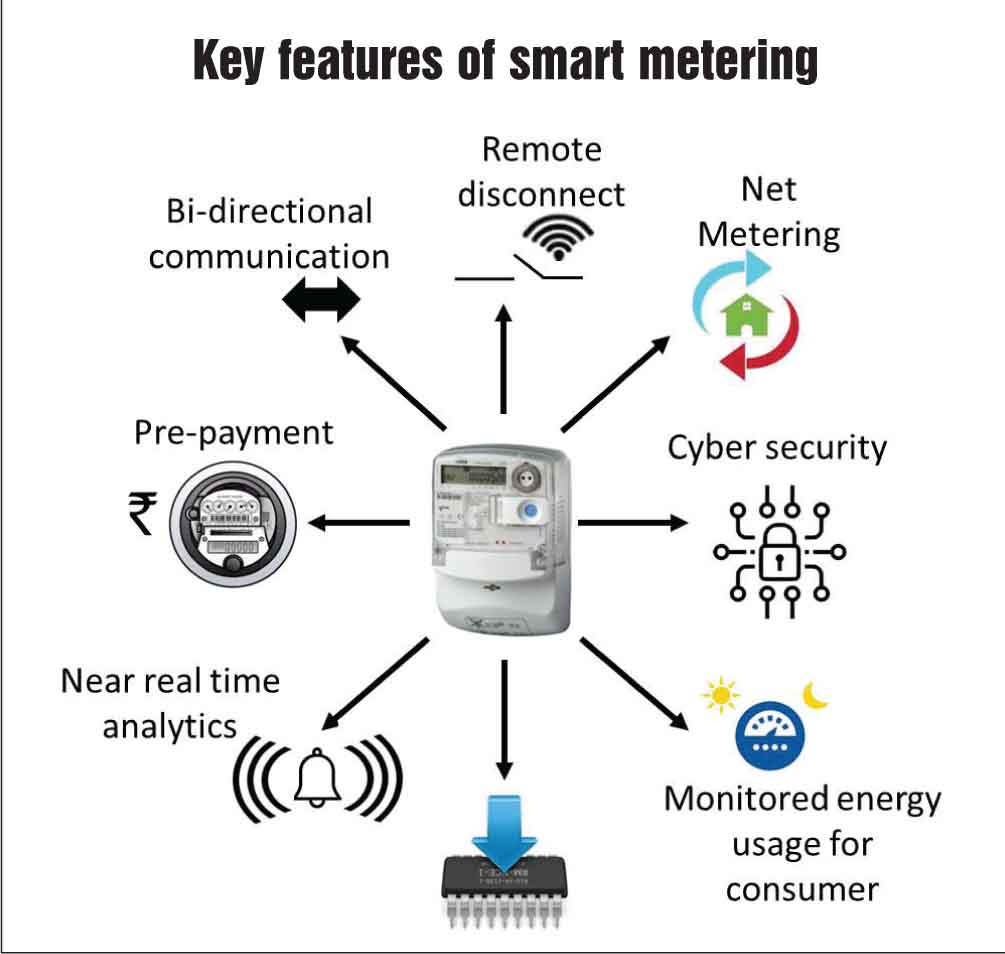 The demand for smart meters is expected to grow considerably led by central government initiatives. Under the Ujwal Discom Assurance Yojana, the central government has mandated to install smart meters for all consumers with a monthly consumption of over 500 kWh by December 2017 and for consumers with monthly usage between 200 kWh and 500 kWh by December 2019. However, as of November 2018, smart meters have been installed for only 4 per cent of the targeted consumers. Although the deadlines have not been met/are unlikely to be met, smart meter deployment by the state utilities has surely received an impetus.

In order to expedite smart meter implementation, it is imperative to have a common framework for defining key elements of the smart meter transformation and help utilities develop a pragmatic and a programmatic approach to track their progress and pursue a smooth transition. At present, the discoms seem to be struggling with smart meter deployments and adhering to the deadlines. This can be attributed to slow adoption, socio-economic and political factors and a lack of awareness among the target beneficiaries.

EESL’s initiatives for furthering the adoption of smart meters are commendable. The company envisages the aggregation of demand from various states, a trend that has already resulted in reducing the prices by 20 per cent in the second phase of smart meter distribution. Furthermore, the SMNP will holistically promote the Indian manufacturing industry while creating more direct and indirect jobs. All said, smart metering could be a game changer in reducing the losses of the discoms and narrowing their revenue gap. Therefore, all efforts must be undertaken to ensure its large-scale implementation.

(Based on inputs from a presentation by Ajay Sharma, Deputy General Manager, EESL) 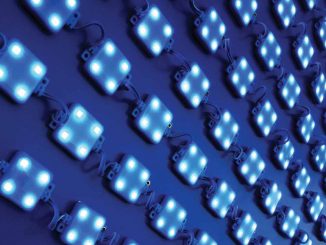 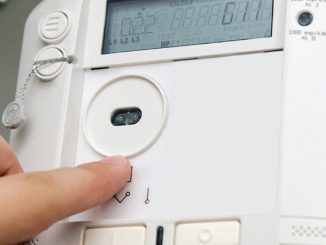