Power quality (PQ) plays a crucial role in today’s digital era where electronic equipment is remotely connected and power flows bi-directionally in the electricity grid. The technology landscape across industries has changed significantly over the years. Beginning with power generation using steam and hydraulic turbines in the late eighteenth century to increased industrialisation through assembly lines in the twentieth century and electronic automation through computers/internet during the period 1970-2000, we have entered the digital supply network space today. In this electronic age, appliances, consumers and power supply networks are digitally connected, and can be controlled remotely through the integration of information technology (IT) and operational technology (OT).

In the same context, the power supply networks of today have become intricate with bidirectional flow of energy owing to the emergence of prosumers, the deregulation of power markets, the increase in short-term energy transactions and the accelerated addition of renewable energy. The unpredictability of wind speed or solar radiation can cause significant frequency and voltage variations, and pose serious PQ risks in areas with a high concentration of renewables. Today, distribution utilities are catering to an ever-increasing number of consumers with complex non-linear loads and any problem in the voltage, current and/or frequency of supply can cause equipment failure or grid disturbances in the interconnected network. Power quality has, therefore, assumed greater significance in recent years, particularly for the industrial and commercial segments.

The exponential growth of power electronics-based loads requires good quality power supply for sustained operations. The Industry 4.0 initiative (a merger of advanced OT with IT, data and analytics that is driving another industrial revolution) is being applied to transport and electrical equipment for facilitating remote diagnostics, maintenance and data capture. These initiatives have increased the need for data centres, servers and communication systems, which are more sensitive to supply variations than the equipment used in the past. Commercial enterprises and industries such as IT/ITeS, automobile, cement and steel are prone to both generation of a higher PQ pollution and susceptibility to PQ disturbances. Further, significant investments in data centres and urban infrastructure for the telecom industry have led to the demand for good PQ. Poor PQ not only results in sub-optimal performance and premature failure of the equipment but also increases system losses and consequent revenue losses to businesses.

While there are no recent studies to quantify the techno-economic impact of poor PQ on industries, certain past studies have estimated that these losses run into billions. The Forum of Regulators’ Report on Power Quality of Electricity Supply to the Consumers notes that according to a study by the Manufacturers Association of Information Technology in 2009, Indian industries lost $9.6 billion on account of PQ issues, which could have been averted by spending less than 10 per cent of the cost of losses. Another study by Wartsila India, in 2009, estimated that in India, industries were spending close to Rs 300 billion annually on power backup solutions, gensets and inverters. In 2012, a Federation of Indian Chambers of Commerce and Industry report stated that due to poor power factor, the transmission capacity gets reduced and an estimated annual loss of Rs 54 billion could ensue on account of unserved energy. This energy could have been served to users, if the average power factor was 0.9. 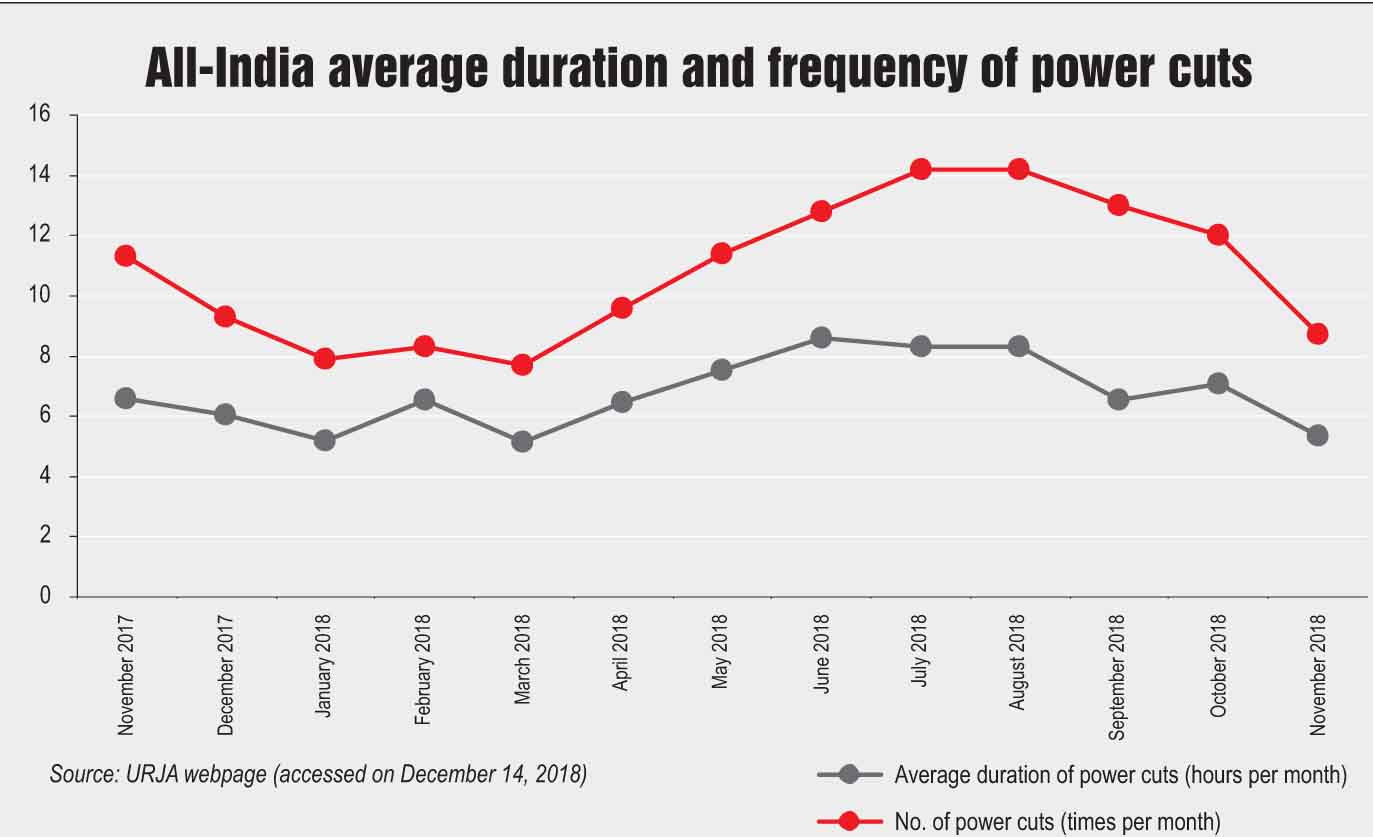 PQ issues can be categorised on the basis of the duration of an event such as transient or steady state, PQ parameters (current, voltage and frequency, etc.), the load or the supply system. The issue of transient PQ involves voltage sags/swells and short-duration voltage or frequency variations. Meanwhile, long-duration voltage variations, waveform distortions, unbalanced voltages, flicker, poor power factor and load harmonics currents fall under the steady-state PQ issues. Common voltage and current issues include under/ over-voltage, unbalanced currents and excessive neutral currents. Most PQ issues manifest themselves as an effect on the end user’s electrical equipment such as overheating of motors, tripping off of variable speed drives, shutting down of computers and subsequent loss of data, flickering lights and failure of manufacturing lines.

According to industry estimates, the global power quality equipment market is expected to grow at a compound annual growth rate of 6.5 per cent, from about $29.74 billion in 2017 to $40.85 billion by 2022. North America is expected to dominate the global power quality equipment market, with the US investing in various protection systems for electrical infrastructure development and grid restructuring. However, the Indian PQ equipment market is currently at a nascent stage since utilities have only now begun to realise the importance of good power quality. They have historically focused on increasing generation and improving T&D networks. This, therefore, presents a huge opportunity for growth in this space.

Investments and the way forward

In order to prepare the network for handling PQ issues, it is required to equip the grid with appropriate sensors and meters. According to Swachh Power, a report released by the Power Grid Corporation of India in 2015, the cost of PQ mitigating devices such as dynamic voltage restorers, voltage sag correctors, active power filters, automatic power factor controllers and D-statcoms depends on load requirement and may vary from Rs 4,000 per amp to Rs 17,000 per amp. The total investment required in the initial phase of PQ improvement across the industrial, domestic and commercial loads is estimated at about Rs 248.4 billion.

A key challenge for implementing PQ improvement projects is that the utilities do not have enough data to make investment decisions to mitigate PQ issues. Therefore, going forward, it is important to first set up the PQ monitoring infrastructure in order to generate meaningful data and then take steps for improving the quality of power.