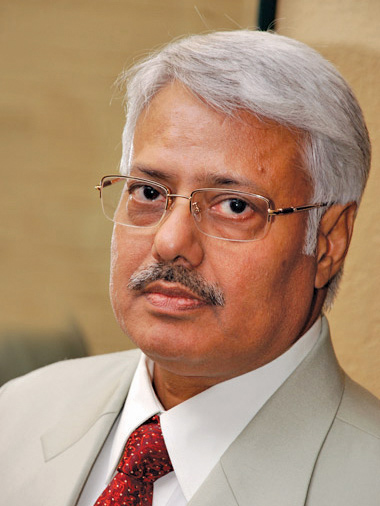 As the power distribution segment races towards meeting the tall target of completing household electrification by the end of the current fiscal year, the government is making all efforts to ensure that it not only delivers on the Pradhan Mantri Sahaj Bijli Har Ghar Yojanas (Saubhagya) scheme’s promise, but also addresses the key issues of quality and affordability. At Power Line’s recent conference on “Power Distribution in India”, Dr A.K. Verma, joint secretary, Ministry of Power, spoke about various government initiatives, the progress under key schemes, the major challenges and the outlook for the sector…

The past five years have been dedicated to the distribution segment. A lot of good things have happened, while a lot still remains to be achieved. One of the most important achievements has been village electrification. The prime minister, on August 15, 2015, had announced that the remaining villages in the country would be electrified within 1,000 days. In a country with almost 600,000 villages, the target did not seem that huge as there were not more than 18,500 villages that were to be electrified at that time.

However, these were the last of the unelectrified villages, situated in extremely tough conditions. Carrying out work in these villages was extremely difficult. It took as much as three to ten days just for the material to reach from the nearest transit point through head loading. In many villages, we had to drop the material by helicopter. Carrying poles through forest areas took eight or ten labourers, who often had to walk through the night withstanding rain. Thus, achieving village electrification was a feat not just for the central government but for the entire power team that worked together. While there were concerns raised about the definition of village electrification after the feat was achieved (according to which a village is declared electrified if it has the basic electrical infrastructure, and 10 per cent of the households and public places have power), we had already achieved a household electrification level of more than 85 per cent.

However, all connectivity will be meaningful only if we are able to supply power on time. Hence, the most important activity now for the distribution segment is to ensure that there is 24×7 quality power supply and that too, at an affordable cost. On an average, 4 to 5 per cent of the total income is dedicated to energy. To make electricity affordable, efficiency has to be brought in and losses have to be reduced, which will come through the use of better technology and IT. This is another goal that we will have to work towards.

The Ujwal Discom Assurance Yojana (UDAY) was launched because both the financial and operational status of discoms was not good. By and large, UDAY is proving quite successful. Losses have come down from around Rs 600 billion a year when UDAY was launched to Rs 150 billion in 2017-18. Similarly, aggregate technical and commercial (AT&C) losses which were around 22 per cent came down (for UDAY states) to 18.75 per cent in 2017-18. This is probably the first time since 1963 that losses have come to the sub-20 per cent levels.

This is, however, the macro picture as individual utilities could be performing differently, owing to several reasons, whether it is unprofessional management or improper billing mechanisms, among others. However, most utilities are addressing these issues quite well and billing efficiency has increased considerably, at over 80 per cent on an average. Losses are also expected to go down further as most utilities have become conscious about the power purchase cost and the need for adopting an efficient way of power purchase. They are also concentrating on AT&C loss control. Further, there has been a lot of infrastructure investment, which is giving dividends now as technical losses are reducing.

Both the Deendayal Upadhyaya Gram Jyoti Yojana (DDUGJY) and the Integrated Power Development Scheme (IPDS) have also done well. They are 40-44 per cent complete now. However, the pace of implementation has been slow; we had expected them to be 60-70 per cent complete. This has been due to several reasons. First, we had two major goal posts – electrifying all villages and second, electrifying all households. Hence, a large amount of work is being executed at a number of sites, because of which the material, manpower, contractor availability and supply have been stretched. However, I am confident that the DDUGJY and IPDS will be completed by March 2019.

Another issue today is with regard to billing cycles. A large number of generating stations are getting stressed as discoms are not paying them on time, while they have to pay in advance for procuring coal for electricity generation. There is a systemic and contradictory mismatch. This could improve if we shift towards prepaid metering. In this regard, the ministry has issued an advisory to all states to switch to smart meters in prepaid mode within a three-year time frame. This will also reduce the transaction cost of billing and collection. Further, this will remove any constraints in the cash flow of utilities as they will be paid in advance. There would not be any case of default and discoms, in turn, would be in a much better position to pay to the gencos, which would then be able to make payments to coal companies. Weaker consumers could also buy less energy. Thus, the system may become more efficient.

Changing to smart meters in prepaid mode, however, requires a large amount of capital investment, which the cash-starved utilities may not be able to make at this juncture. Therefore, we are thinking of rolling out an opex model, for which utilities do not have to pay upfront costs. Energy Efficiency Services Limited has already begun the process of installing meters through this model in Haryana, Uttar Pradesh and Bihar.

India has steadily improved its ease of doing business ranking as well as its ranking on the ease of getting electricity, where our position used to be 99. We have now climbed to the 24th position, which is better than that of many developed economies. The charges, time and processes involved in providing new connections are much lower than those in many developed economies. However, we should not get complacent as this only reflects the performance of a few utilities; many others may not be doing so well.

Another important aspect that utilities will have to think about is regarding urban centres. Most industries are located close to urban centres, owing to various reasons including connectivity, and proximity to market and raw materials. Therefore, urban area power development will directly add to the country’s economic development. Through the IPDS, we are investing Rs 650 billion-Rs 700 billion and the quality of power supply in urban areas is improving.

However, there are some concerns that need to be addressed. One, in most of the urban centres, we must be able to provide power with single-digit loss figures. In urban centres, commercial losses can be reduced to zero. Technical losses could be present, which can be further reduced through capital investments in infrastructure development and augmentation of systems, for which the government is already chipping in. Another issue pertains to the quality of power supply. About two to three years back, power demand was reducing and was not aligned with the amount of power the industry was producing. Therefore, we were talking about surplus electricity and lower plant load factors. In the last quarter, however, there has been a 9-10 per cent increase in demand. This growth in power demand implies that economic activity is increasing and it is our responsibility to provide them with proper input electricity. If electricity is interrupted even for a very short duration, especially for continuous process industries, huge losses occur. Hence, in the urban areas, we need to ensure quality supply, without any fluctuations. Another aspect that utilities should work on relates to attitudinal issues so that customer experiences can be improved.

Ultimately, we should be able to provide 24×7 good quality power and our utilities should be able to run sustainably. Government-owned utilities are not running to make large profits, rather to the extent that they become sustainable and can provide equity for capex to improve systems in the coming days. If we are able to do this, we will certainly be serving our clients much better and will be offering much better service to the people.