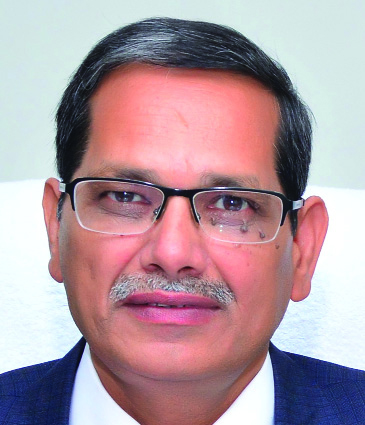 Having spent more than three decades with hydro major NHPC Limited, Janardan Choudhary has had a challenging but extremely fulfilling career. “Hydropower development is a challenging task. Working in an environment with logistical problems, often being away from the family, battling the forces of nature and tackling technical challenges to execute precise engineering works with a focus on time, cost and quality gives a sense of satisfaction in contributing to nation-building,” he says.

Choudhary started his career at NHPC as an executive trainee in 1984 at the 120 MW Tanakpur project. Over the years, he was involved in all areas of hydro development – from inception to construction, commissioning to O&M. Prior to joining NHPC’s board in 2018, he was executive director (O&M).

Choudhary is optimistic about the sector’s outlook. “Due to its quick start-stop capability, fast ramping rate, spinning reserve and high inertia most suited for grid stability during transient conditions, hydropower can be leveraged to play a very significant role in providing balancing power for large-scale renewable energy integration. Water security, flood control and irrigation are added benefits. The role of hydropower cannot be overstated.”

NHPC is currently executing two projects – the 2,000 MW Subansiri and the 1,000 MW Pakal Dul projects. “Our biggest priority is to resume active construction at Subansiri. We have worked diligently to address the concerns of the stakeholders,” he explains. The company is also actively pursuing clearances for nearly 7.7 GW of projects. Apart from hydro, the company is expanding into renewables (100 MW commissioned). NHPC is also contributing to reviving stalled hydro projects in the private sector by providing consultancy.

He recalls his tenure at the 540 MW Chamera power station in Himachal Pradesh as the most memorable part of his career. Concrete pieces coming through the water-carrying tunnel had caused damage to the turbines. The repair involved significant resource mobilisation and round-the-clock work, which was executed before the expected timeline.

An average office day is quite hectic for Choudhary, but he ensures he keeps fit by maintaining healthy eating habits. He is also an avid morning walker and is at the park by 6.30 every morning. Besides reading, he likes to unwind by spending quality time with his family, especially his granddaughter.