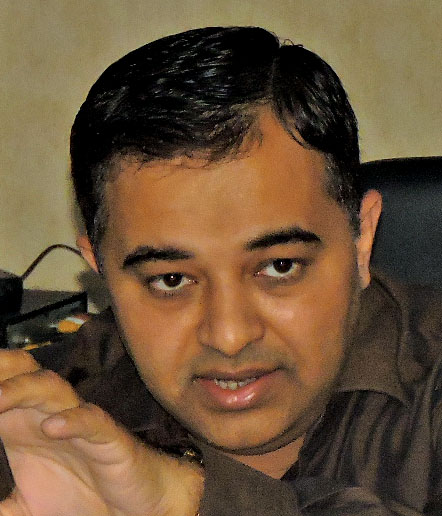 Vikas Narwal, who took over as managing director of Madhya Pradesh Paschim Kshetra Vidyut Vitran Company Limited (MPPKVVCL) only recently, has set clear targets for the discom. “The discom is amongst the best in Madhya Pradesh. However, I want it to be in the race for the best in the country,” he says.

An IAS officer from the Haryana cadre, Narwal is dedicated to public service. He believes that public improvements lead to the enhancement of both the public lifestyle and livelihood. “Improvements should be on a regular basis,” he says. “Through continuous improvement, the highest level of satisfaction and success in work can be achieved.”

According to him, the success of the commercial sector is indicative of a decrease in expenditure and an increase in the source of income. This is a goal that Narwal would like MPPKVVCL to achieve as well – to reduce expenditure, especially in the pay allowance, by 2-3 per cent; achieve collection of 100 per cent of arrears and 100 per cent billing efficiency; and ensure the installation of 1.5 million meters.

Further, he says that the discom is looking to achieve 100 per cent metering in the rural areas and consequently, actual billing is an important goal to achieve. Through this, the company’s performance index will rise, he believes, and the number of complaints will come down. The company is, moreover, looking at developing more in-house software such as spot billing in order to reduce the dependence on external IT providers.

On 24×7 supply plans, he notes that the discom has prepared a roadmap for improvement for all 15 districts. It will, moreover, install additional meters, poles and transformers for assured 24×7 supply. Currently, the average consumption of the discom is nearly 4,000 MW and in the rabi season, this goes up to 5,500 MW. “We are supplying 24×7 power for domestic consumers and 10 hours for agricultural feeders,” Narwal notes. However, there are several concerns that remain, such as line losses, which need to be brought down by at least 1 per cent at the company level.

On his style of work, Narwal says he feels strongly about punctuality and considers it to be the secret of his success. He also does not like unwanted delays in work. “When every person does 100 per cent of his work, there will be no pendency and the success percentage will become 100 per cent,” he says.