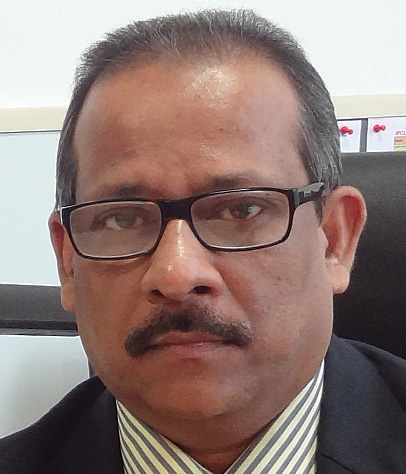 Somesh Dasgupta has around three decades of experience in brand management and human resource management. He is curr ently group president of India Power Corporation Limited, an integrated power company with a presence across all verticals of the power sector, most notably, distribution and generation. In his current role, he oversees the company’s corporate affairs, people management, strategic management, and government/ business relations. Dasgupta is also chairman of the NIPM DPM Trust and vice-president, South Asia, Asia Pacific Federation of Human Resource Management. Besides, he is on the executive committee of the Employers’ Federation of India.

Commenting on the sector, he says, “Over the past seven years, there have been huge additions in the generation base, in both thermal and renewable power. But we are unable to create infrastructure to distribute the power in appropriate ways to the consumer. While India is among the top five countries in terms of installed capacity, it is in the bottom five when it comes to per capita consumption.”  Dasgupta notes, “The main challenge lies in utilising the unused capacity of nearly 100,000 MW in the thermal segment. The high level of AT&C losses in state-owned discoms is another area of big concern.”

He believes it is important to focus on reviving thermal assets and enhancing competition in distribution through greater private sector participation. Revision of the coal policy and stopping the populist practice of free power as part of welfare schemes are also essential to improve sector performance, he says.

Looking back, Dasgupta says his most memorable assignment was the revival of the PPA for the 3×150 MW Haldia plant of India Power with the West Bengal State Electricity Board. The PPA had earlier been terminated because of which the plant had been idle.

Dasgupta is a graduate in mechanical engineering and a postgraduate in human resource management. He also has a certificate in total quality management from BITS, Sweden. Despite a busy work life, he makes sure he takes out at least two hours a day for walking, meditation and exercise. He enjoys listening to light Indian classical music, reading (especially detective novels), and spending time with friends and family, which includes his mother, his wife and a son.