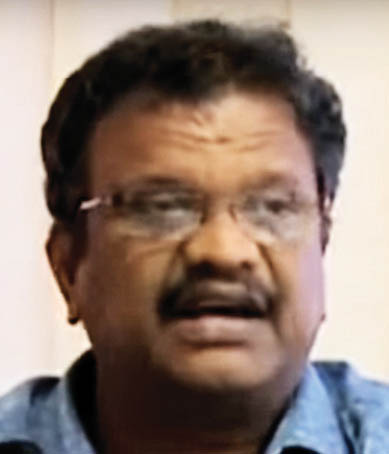 N.S. Pillai began his career over three decades ago as an officer in the Ind-ian Audit & Accounts Department (Acc-ountant General Office-Kerala, Thiruvananthapuram) in 1983.  Since then, he has worked in several finance roles in the state departments of  Tamil Nadu, Odi-sha, Kerala and Chhattisgarh. He has worked on several assignments in the audit of the High Commission of India in Pakistan, the Embassy of India in Kuwait and Iran; and the audit of financial statements of the International Atomic Energy  Agency at Vienna, among others.

Pillai joined Kerala State Electricity Board Limited (KSEBL) on deputation as director, finance, in 2015 and took charge as CMD in 2018 while holding additional charge as director, finance. He is currently also serving in positions such as MD. Kerala State Power and Infrastructure Finance Corporation; chairman, Renewable Power Corporation of Kerala.

Commenting on the state’s power sector, Pillai notes, “Despite being a major importer, KSEBL is ensuring 24×7 quality power supply throughout the year at the most competitive rates to its 12.5 million consumers.” However, while Kerala achieved 100 per cent electrification long back, its transmission and distribution network is old and requires upgradation. For this, KSEBL has prepared a capital investment plan of nearly Rs 150 billion (Rs 100 billion for transmission and Rs 50 billion for distribution) over the next three to four years, of which the first phase is in progress. KSEBL is also planning to increase its focus on solar power, and is aiming to achieve 1,000 MW of capacity through rooftop solar, floating solar and purchase of solar power from generation within and outside the state.

On the roadmap for KSEBL, he says, “My main target is to ensure break-even for the company at least by 2019-20.” In the current year, he expects losses to come down to Rs 6 billion from Rs 7.84 billion in 2017-18 without a tariff revision.

Pillai’s career has taken him through many challenging twists and turns. Among his more memorable assignment, he recalls his involvement in dam management during the Kerala floods in 2018. “I am basically a finance man with no engineering background, but I could manage the flood situation through prudent management of the water flow in the dams,” he says. Pillai has a postgraduate degree in commerce. Work keeps him busy, but he tries to maintain a work-life balance by going to the gym daily. His family comprises his wife and their two daughters.