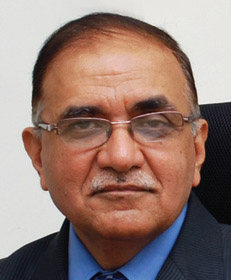 The distribution segment, which is a critical link in the Indian power industry, is tightly regulated today through the Electricity Act, 2003, the National Electricity Policy, 2005 and the National Tariff Policy, 2006. Distribution companies or discoms in the power sector perform the dual roles of laying out the network and of providing retail supply to end consumers. They have a universal supply obligation (USO) and are mandated to supply electricity to all applicants, facing penalty for non-compliance. The Electricity Act also provides more than one retail distributor or discom to service in any one area (city, town, or village) with the intent to introduce competition and bring value to consumers.

The multiple network theory has not progressed broadly across the country, except for Mumbai, where it existed before the Electricity Act, 2003 came into force. Bringing competition in power distribution is a question that one needs to look at in the context of the fragile financial health of this space of the power industry. Today, the sector is plagued by heavy under-recoveries, the key reasons being operating inefficiencies like aggregate technical and commercial (AT&C) losses, lack of technology use, costs, improper power procurement, and vagaries in tariff structure, revision and cross-subsidies.

While reforms in distribution should have preceded those in generation and transmission, it has happened the other way round. In mature markets, multiple suppliers are allowed to supply in an area, but through a common distribution network. This critical reform has been pending in our distribution segment for a while now. The government, over the years, has made several attempts to turn around the power sector with various schemes such as the Deendayal Upadhyaya Gram Jyoti Yojana and the Accelerated Power Development and Reforms Programme, with little or no major impact.

In December 2014, the government introduced the Electricity Amendment [EA] Bill, 2014 in the Lok Sabha but failed to gain traction and win consensus from the states (which is necessary as electricity features on the concurrent list). The Ministry of Power again proposed a revised draft amendment in September 2018. Although progress on the proposed EA has been slow, the power industry is currently on the cusp of an impending transformation with the proposed segregation of the distribution of electricity (supply) from the ownership of the distribution network (wires). 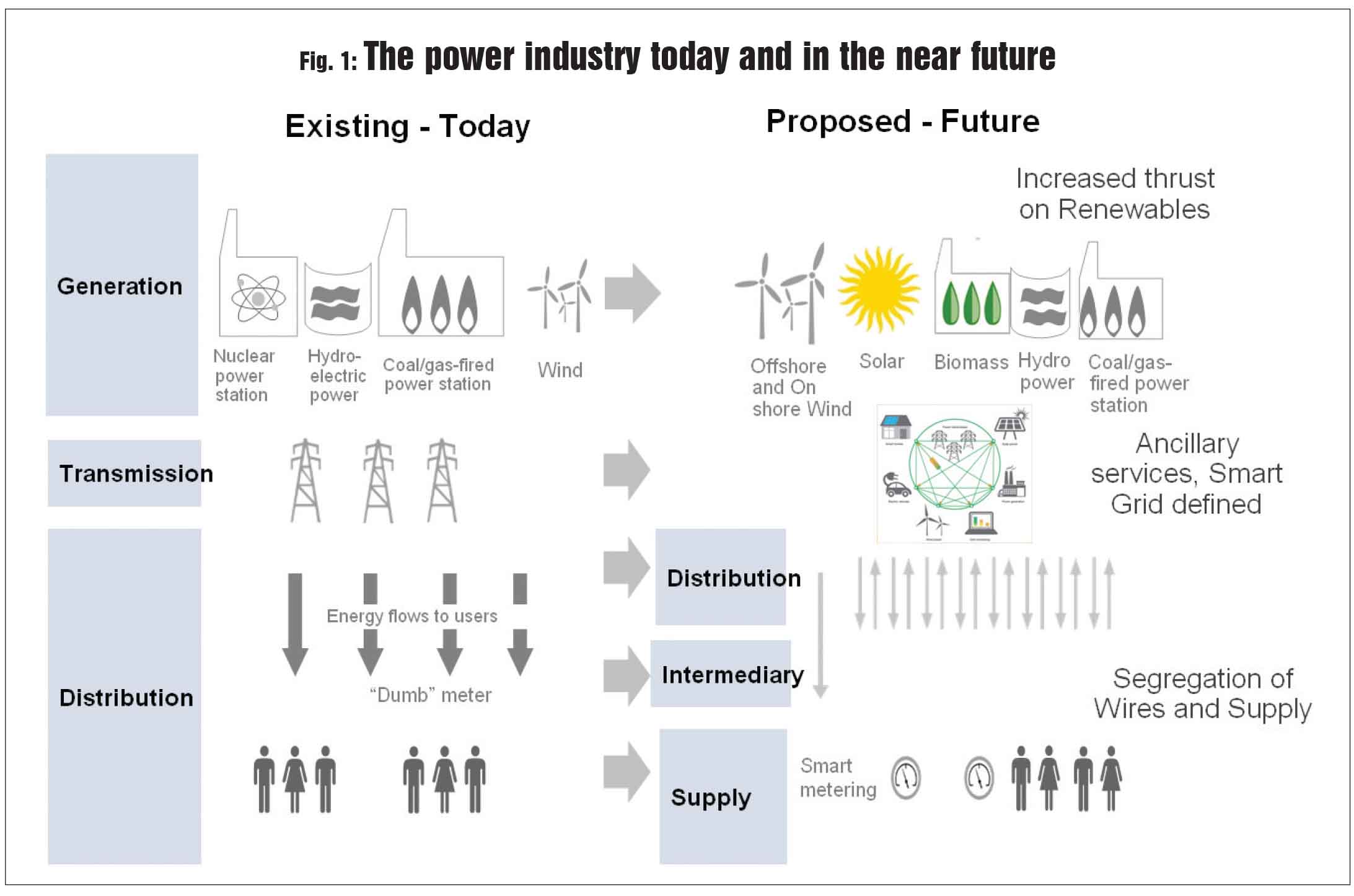 The key changes proposed in the EA that will shape the future of the distribution segment are:

However, the proposed EA for the segregation of wires and supply leaves out certain gaps. These are as follows:

Post segregation, a possible structure could be as illustrated in Fig. 2. Subsequently,  state-level merit order despatch of PPAs would be defined by the IC with the lowest-cost PPAs (peak and non-peak demand) to be allocated to non-contestable consumers, under state electricity regulatory commission (SERC) guidelines. Subsidies, if any, will be transferred directly to their individual bank accounts. Post its allocation of the power quantum for non-contestable consumers at a uniform rate, the SERC would set the ceiling tariff for contestable consumers across the state. 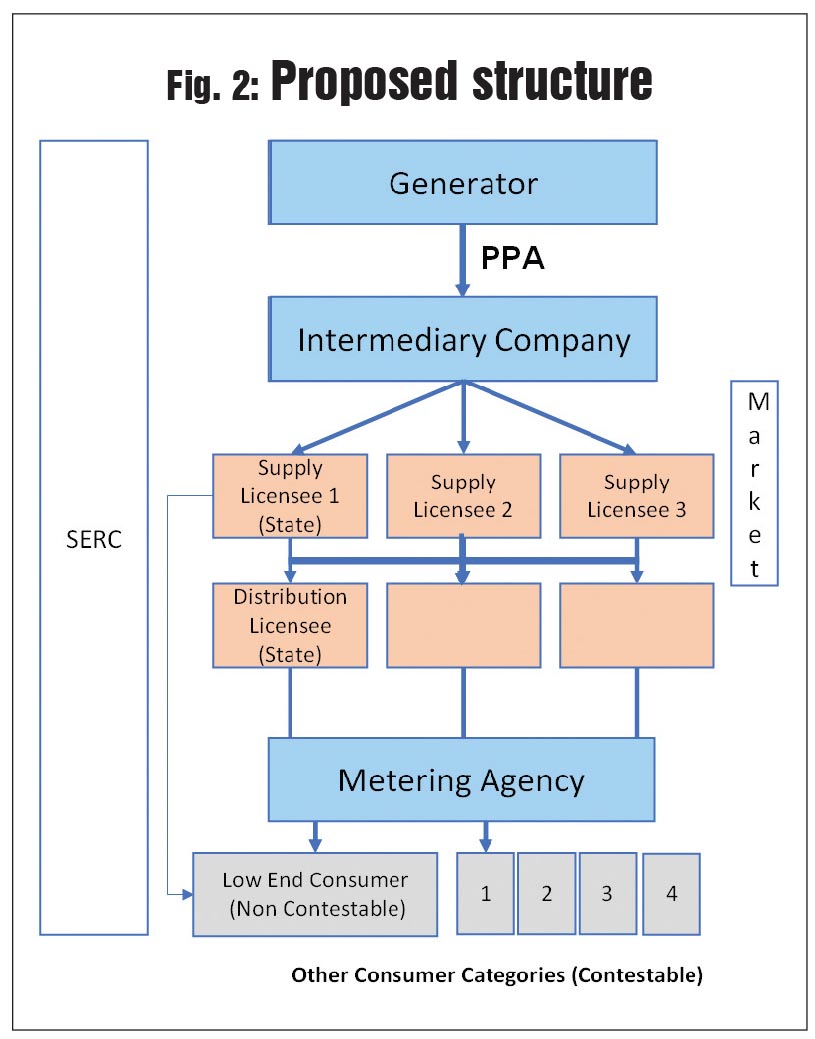 The IC would then allocate the balance quantum to SLs based on their demand requirement on average pooled cost principles and excess power (if any) to be sold in the market by the IC. In case of a shortfall in the quantum supplied by the IC, the SL would require to be procured/tied up from the market/generators for a defined period (a 10-15 per cent procured on ST). Allocation of power by the IC could be on a time-block basis in sync with demand-side management (DSM). Since 10-15 per cent of power across the country, as of now, is being procured on a short-term basis, it will help bring in competitive tariff ability between companies.

This transition needs to be done smoothly. Hence, there could be a need for the incumbent SL to procure power from the IC for supply as per the original quantum tied up in long term and medium term. Any new licences shall become part of this essential allocation, once they cross a certain fixed threshold of, say, 10 per cent of the market in terms of MUs supplied. The allocation of power by the IC could be in the ratio of peak demands by supply companies. Based on their respective blended power costs, the SL would then be free to offer tariff to consumers subject to the ceiling tariffs in different consumer categories.

Further, it is envisaged to have a state-owned metering and support service agency (MSSA) that will provide meter management services to all such as SLs, be responsible for energy accounting including smart metering, accounting of technical loss (for DLs)/commercial loss (for SLs), provide support services for new connections and maintenance of portal/mobile application (if any) for SL selection.

While asset ownership and activities related to installation/replacement of meters will be under the DL, service charges for the MSSA, as prescribed by SERCs, will be collected by the SL and transferred to the MSSA. This arrangement will ensure the impartial and accurate metering, energy accounting and loss allocation through a third party. The MSSA will also maintain the web portal for supply transactions online.

The successful implementation of wires and supply segregation will result in a host of benefits for all the stakeholders and will result in an enhanced business focus on network development (distribution business) and power supply (supply business).

Thus, enactment of wires and supply segregation put forth in the Electricity Act amendment will be a turning point in the history of distribution segment reforms. While the actual implementation of the amendment may take some time, it would be prudent to start creating the necessary mindset shifts and be prepared with well-thought-out processes and systems. It is also important for us to touch base with other countries that have already made progress in this direction and imbibe their learnings so that when a changeover takes place in India, it is as efficient and seamless as possible.