In a major relief to many ailing power companies, the Supreme Court has set aside the February 12, 2018 circular of the Reserve Bank of India (RBI) that had revised the framework for the resolution of stressed assets. The circular had directed banks to classify a loan account as stressed if there was a repayment default of even one day. This had not been received well by various stakeholders because it did not take into account other sectoral issues. While the RBI was firm on not relaxing the guidelines, the Supreme Court, in September 2018, stayed the circular, preventing the initiation of insolvency proceedings against the stressed assets.

The February 12, 2018 circular withdrew all the traditional debt restructuring schemes and mandated a one-day default in loan repayment as the trigger for the resolution of stressed assets. For accounts with an exposure of over Rs 20 billion, it required banks to finalise the resolution plan within 180 days of default. In case of non-implementation, the lenders were required to file an insolvency petition with the National Company Law Tribunal (NCLT) within 15 days’ time. While it impacted several sectors, the power sector was the worst affected, given that it accounted for more than 50 per cent share in the total exposure across all sectors. For the power sector, the new rules meant bringing over 65 GW of power plants that were stressed due to lack of power purchase agreements (PPAs), fuel supply issues and payment delays by discoms to the brink of insolvency.

Holding the RBI circular to be ultra vires, the Supreme Court said that the circular had gone beyond the legal powers of the RBI. Striking down the circular, it stated that it had no effect in law.

The order followed a series of petitions by various power plant owners as well as the Association of Power Producers, requesting a relaxation in the guidelines. The 37th Parliamentary Standing Committee on Energy also strongly criticised the new RBI norms and stated that these have forced the electricity sector towards non-performing assets (NPAs). The report of the committee stated, “Under the new guidelines, the definition of default has been revised with far-reaching consequences. The committee notes that the new RBI guidelines will only deepen the crisis of the electricity sector as its leitmotif is distinct, peculiar and sector-specific, without any generic underpinning with other sectors of the economy.” The order promises huge relief to thermal power projects worth Rs 2 trillion that were facing the threat of insolvency. To this end, the Power Finance Corporation plans to undertake fresh resolution of eight stressed power projects, with a capacity of about 9,000 MW for which it was at advanced stages of negotiations with the promoters. The projects are Essar Mahan’s 600 MW, GMR Raikheda’s 1,370 MW, RattanIndia’s 1,350 MW, RKM Powergen’s 550 MW, KSK Mahanadi’s 2,400 MW, Barath Utkal’s 700 MW, Jhabua Power’s 600 MW and Jal Power’s 120 MW. Reportedly, some of these had also got referred to the NCLT.

While the RBI’s circular was aimed at clearing the bad loans of the overall banking sector, there are several measures being undertaken by the Ministry of Power to address the issue of stressed assets in the sector. These include granting linkage coal for short-term PPAs through an amendment to the Scheme for Harnessing and Allocating Koyala (Coal) Transparently in India policy and allowing generators that terminate PPAs in case of payment defaults by discoms to use the existing coal linkage for the sale of power through the short-term route, increasing the quantity of coal earmarked for the power sector under e-auctions, and enforcing late payment surcharge in case of delays in payments by discoms. Resolving some of the factors causing stress in the hydropower segment, the government has accorded renewable energy status to hydro, notified hydro purchase obligations and thus creating a new market for hydropower, and increased the project life to 40 years and the debt repayment period to 18 years.

According to industry watchers, while the RBI was correct in making the guidelines for the resolution of stressed assets stricter in view of the long-prevailing stress, they also acknowledge that not all borrowers were deliberate defaulters. Certain sectors, especially power, have been performing poorly owing to certain external factors beyond the control of the borrowers. Besides delayed project implementation, other factors responsible for a power sector asset becoming an NPA include non-availability of fuel, cancellation of coal blocks, setting up of projects without linkages and lack of adequate PPAs by states. The RBI circular did not attempt to address these systemic sector issues, trying only to address the financial issues. Moreover, it did not take into account the impact this could have on power plants (which have been repaying their debt so far), and hence, on power supply.

Going ahead, the sector awaits the results of the measures being taken by the central government to overcome the stress in the sector. Meanwhile, the RBI is working on identifying necessary steps for expeditious resolution of stressed assets, including the issuance of a revised circular. 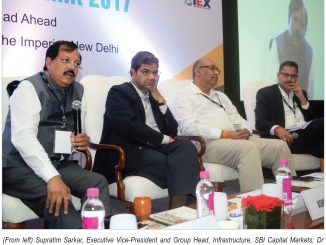 October 2, 2017
The power sector has been one of the major contributors to the country’s total stressed assets. [...]
More 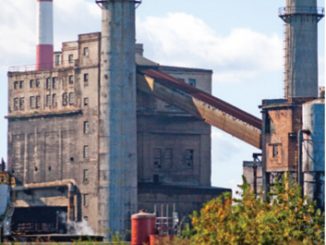