A number of countries in the world are undergoing an energy transition and have set targets for improving energy security, mitigating climate change, and creating a sustainable future. While coal is currently the mainstay of power generation globally, it is also the biggest source of carbon emissions. It is a finite commodity unevenly distributed across the world that makes our dependence on it unsustainable. In light of this, countries such as India are rapidly scaling up the deployment of renewable energy technologies while moving away from coal-based power. However, the intermittent nature of solar and wind power requires a stable source to balance the load, a role played traditionally by coal-based power in most countries. As a result, phasing out coal in the absence of an equally effective power balancing source could potentially disturb the power dynamics of the country.

Power Line recently attended the Berlin Energy Transition Dialogue, 2019, a high-level congregation of policymakers, industry experts, scientific leaders, and members of civil society associations. The dialogue revolved around a safe, affordable and environmentally responsible global energy transition. An eminent panel at the event discussed coal exit strategies adopted by countries, the impact and the socio-economic implications of the transition. Excerpts… 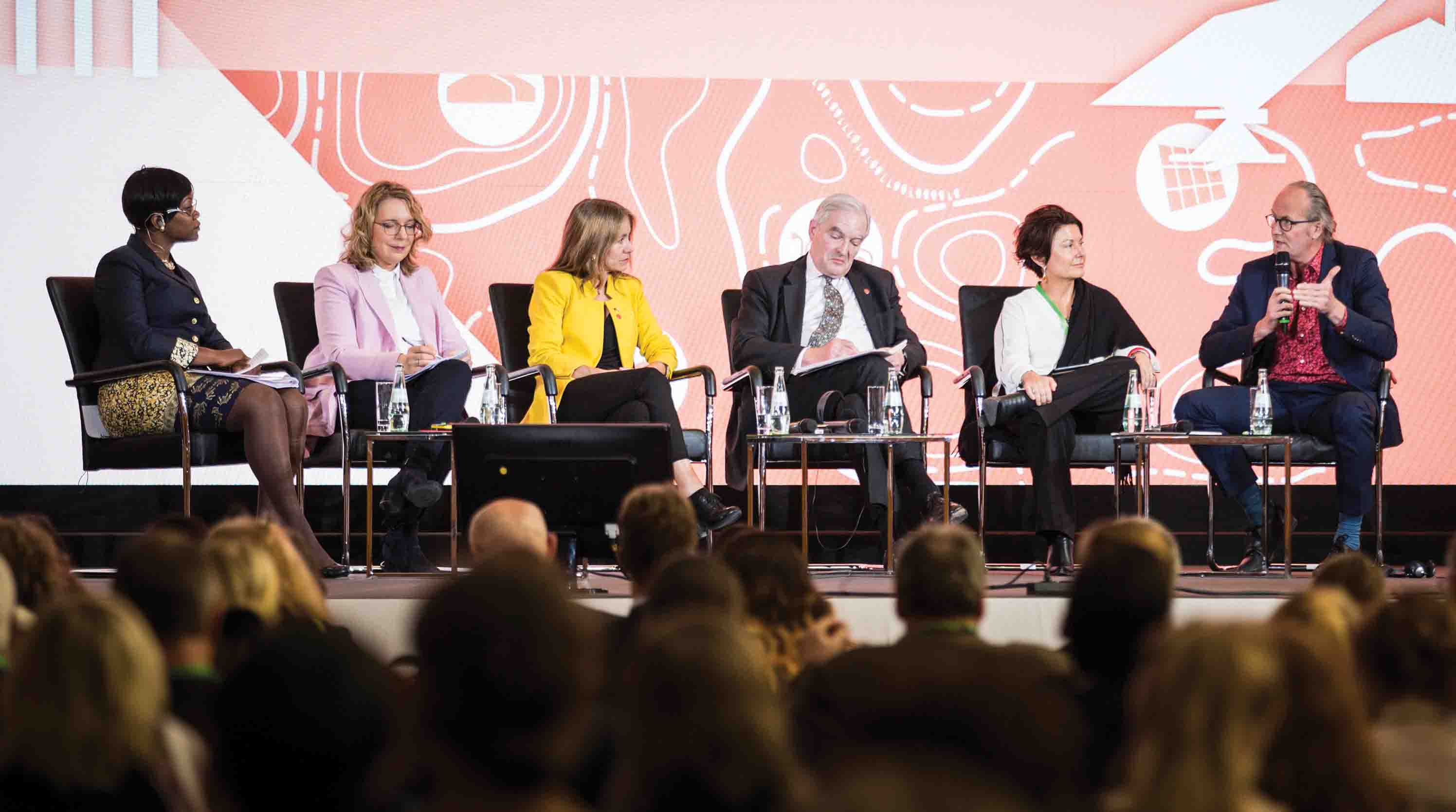 According to a research carried out over a period of 15 years by Professor Dr Claudia Kemfert, head, department of energy, transport and environment, German Institute of Economic Research, in association with Technical University, Berlin, if the target to restrict global warming to the prescribed level of 2 degrees is to be achieved, no more coal should be mined. The best way to phase out coal is to phase in renewables, which has a significant over-arching impact on nearly all of the United Nations’ sustainable development goals, Kemfert says.

The coal demand in Europe has been on the decline as countries strive to do away with it. Kemfert says that Germany is the biggest emitter in the region and has the largest share of coal-based power generation, with 49 GW of installed capacity. In comparison, Poland has 27 GW and the UK 15 GW. It is also the biggest lignite producer and hard coal importer in the European Union (EU). The UK has begun its coal exit by attaching a high minimum price to carbon emissions, resulting in the share of coal-based power generation reducing from 40 per cent in 2012 to only 7 per cent in 2017. Kemfert adds that Germany’s strategy involves scaling up renewable energy, which has now increased to 40 per cent of the total power generation. However, this has not been enough to decrease the share of coal capacity. The complete phasing out of coal from Germany is expected around 2035-38, which may entail a compromise of the most-affected stakeholders. Kemfert has recommended that Germany’s coal exit may be carried out in simultaneous phases. The first phase would involve the retirement of coal-based power plants, starting with the most inefficient, and leading to the end of coal by 2030-35. The next phase would see the creation of new jobs with the modernisation of energy-rich regins and more investments flowing into infrastructure and research. The modernisation of power and energy systems with renewable energy would form the essence of the third phase, and the fourth and final phase would involve achieving competitiveness with compensation on grid costs.

Chile, which has typically been poor in energy resources, has come a long way and is now undergoing large-scale energy transformation. The reduction in renewable energy technology costs has helped the country shun coal. According to Susana Jimenez Schuster, Minister of Energy, Chile, the country has high solar and wind power potential. It is also the first Latin American country to have installed a geothermal power plant. All new investments in the energy sector are going to renewables. As a result, around 93 per cent of the power plants under construction in Chile are in this segment.

The country has been able to effectively decarbonise its electricity and transportation matrix. Jimenez says that this was achieved by encouraging voluntary agreements between power gencos and the Ministry of Energy. The agreements prohibited power gencos from setting up new coal-fired capacity unless it demonstrated effective carbon capture. The challenge has been to maintain the efficiency and competitiveness of electricity systems in the country. Roundtable conferences are being held with all stakeholders to address this and other challenges such as the lack of employment opportunities, energy security and economics, and labour rights. While it is understood that this is a gradual process and a complete phase out of coal will take time, these strategies will help bring in the transformation smoothly in Chile.

The UK has been a leader in the process of energy transition. According to Lord Oliver Henley, Parliamentary Under-Secretary of State, the country went from generating around 40 per cent of its electricity from coal in 2012 to only 5 per cent in 2018. This is a testament to the fact that rapid transition from coal, driven by social and environmental aspects, is possible while maintaining the security of supply. Over the past few years, coal mines in the UK have become inefficient and gas availability from the continental shelf has increased. This, coupled with concentrated government action through clear and ambitious targets, has primarily been responsible for the change. The government is now committed to ending all coal-based power generation by 2025, providing certainty to alternative technologies. Further, the government has worked towards securing the financing necessary to bring about this transition. For instance, the carbon price support mechanism, a tax regime levied on fossil fuels used for generating electricity, helps generate funds that can be used for the deployment of alternative sources of power. The UK has also invested in innovation of low carbon technologies by committing £2.5 billion up to 2021 and placed clean growth as a core industrial strategy. The government has also made concerted efforts to scale up renewable energy which has resulted in bringing down costs dramatically, especially in the offshore wind power segment. As a result, the carbon emissions in the UK have reduced by 40 per cent since 1990, with the country experiencing steady economic growth. 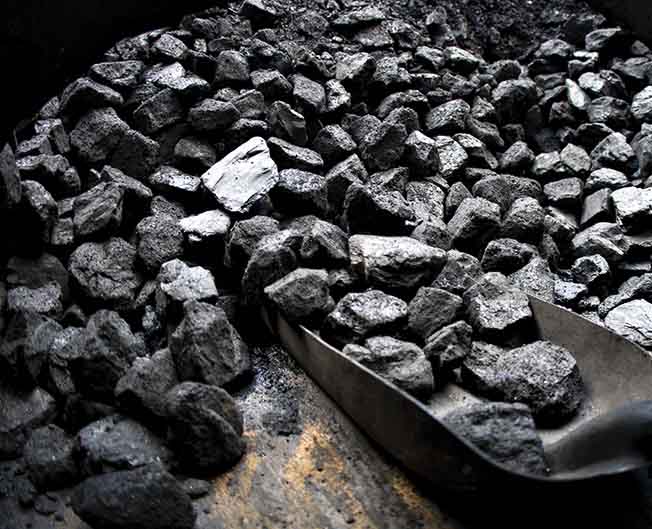 Claude Turmes, Minister for Energy and Spatial Planning, Luxembourg, suggests that the binding environmental targets have played a key role in mobilising resources in European countries to move away from coal and towards renewable energy. Europe has now not only introduced set renewable energy targets but also a European-scale environmental performance standard, making it virtually impossible to build new coal-based power generation capacity in the region. The failure of the European Union-Emission Trading System (EU-ETS) cap and trade policy, and regional politics had prevented the transition for many countries. The carbon floor price mechanism by the UK was a major market intervention, which worked very well. Therefore, the idea is to scale this up to the entire European region for faster coal exit. The governments in Europe will need to act tough on coal and prevent any new coal investments, says Turmes, while being respectful towards the livelihood of those working in the coal sector.

India has already started treading the path of effective energy transition to cleaner fuels, but it still has a long way to go. The country’s dependence on coal is expected to remain high even over the next two decades. While the Ministry of Power has planned for zero new coal capacity starting 2025, the existing capacity will also have to be made more environment-friendly to shift to a low-carbon power sector. It is important to study the global coal exit examples and devise a strategy that intertwines social as well as environmental justice, while providing a sustainable growth model to the economy.