Copper has been used in electrical systems since the early nineteenth century, when the electromagnet and telegraph were invented. Today, copper conductors are at the heart of electrical systems that power myriad operations across industries. The widespread adoption of copper in electrical systems is down to its superlative conduction property. Copper is the best electrical conductor after silver and gold (their high price restricts use). Copper forms the basis of the international standard used for measuring the conductivity of other metals.

As compared to aluminium, copper has about 60 per cent higher electrical conductivity and thus can be 40 per cent thinner. The size of trays, tubes and other containment required for copper cables is also much smaller, leading to efficient space management. But more importantly, copper power cables have the ability to deliver uninterrupted power supply to installations for years. Copper power cables are critical not only for performance and project viability, but also for increasing efficiency and delivering operational fidelity.

Copper power cables are known to withstand three to six times higher proof stress than aluminium ones. Copper conductors have higher tensile stress and pliability. Thus, copper power cables can be easily drawn through conduits and trunking with minimal risk of necking, stretching and breaking.

The relative hardness of copper when compared with aluminium makes it more resistant to scratches and nicks that may occur while stripping insulation from the conductor prior to termination. Copper power cables are less prone to the risk of cable sagging and destructive forces in joints owing to the lower coefficient of thermal expansion. Meanwhile, aluminium conductors tend to stretch and break down in the long run, which reduces the current carrying capacity of cables and may even lead to faster overheating.

Aluminium has also been noted to show creep, a permanent deformation when subject to external forces or stresses (creeping at conductor terminations reduces the contact pressure, which may lead to higher joint resistance and overheating) at ambient temperatures (20 ºCelsius) when stressed. In contrast, copper exhibits creep when exposed to temperatures of 150º Celsius, which is much higher than the operating temperature of most cable terminations. Copper power cables are not prone to galvanic corrosion while aluminium ones are. Hence, aluminium conductors need jointing techniques such as bimetal terminations depending on the contact material. Copper is also a good conductor material and can be used in terminations in a wide range of electrical equipment. The metal has high strength, durability, corrosion resistance and thermal influences.

While the relative loads imposed by aluminium and copper power cables on building structures are similar, the weight of additional insulation materials, armouring and containment required for aluminium cables (due to their larger volume) makes copper power cables (which provide significant flexibility for expansion) the right choice for large buildings.

The overall cost difference between the two conductor types installed to serve a particular load is negligible. In addition, copper power cables deliver superlative performance over the life cycle of a project. They not only help recover the cost but also add value to an installation.

India needs to adopt copper power cables in its electrical infrastructure so that we are able to create a foundation that can support the rapid growth of our country for years to come. Like in every other field, India must benchmark itself with the very best in the world even in the electrical domain, and in doing so, copper is the way to go. 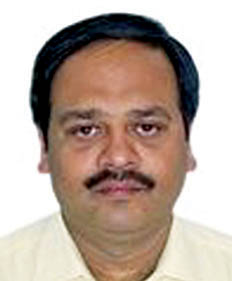