Given the competitive and predictable day-ahead market prices, a large number of industrial customers have made forays into the day-ahead market, utilising open access to supplement their offtake from utilities and reduce their effective cost of purchase. Over time, the participation by open access customers has increased significantly, currently accounting for as much as 32 per cent of the overall trade in the day-ahead markets on the power exchanges. This constitutes close to 1 per cent of the overall electricity supply in the country. While relatively low in overall terms, the volumes (about 14 BUs) are significant.

Almost 101 BUs was traded through trading licensees and the two power exchanges, accounting for 75 per cent of the total short-term market trade in 2018-19. 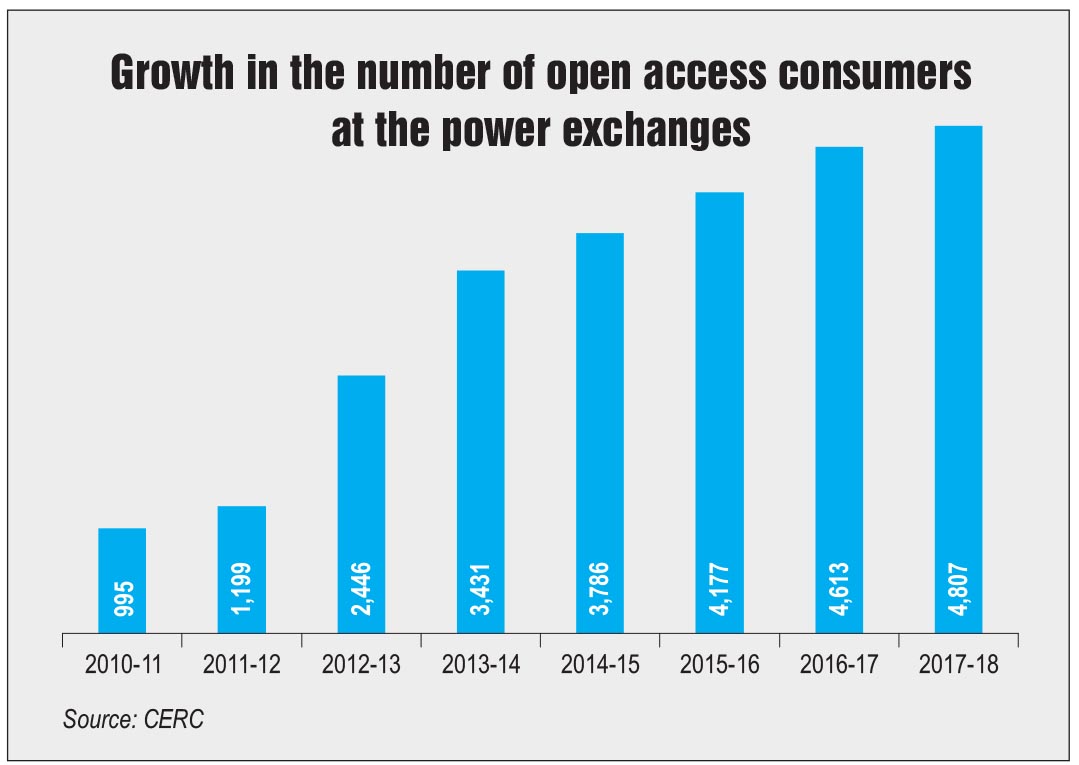 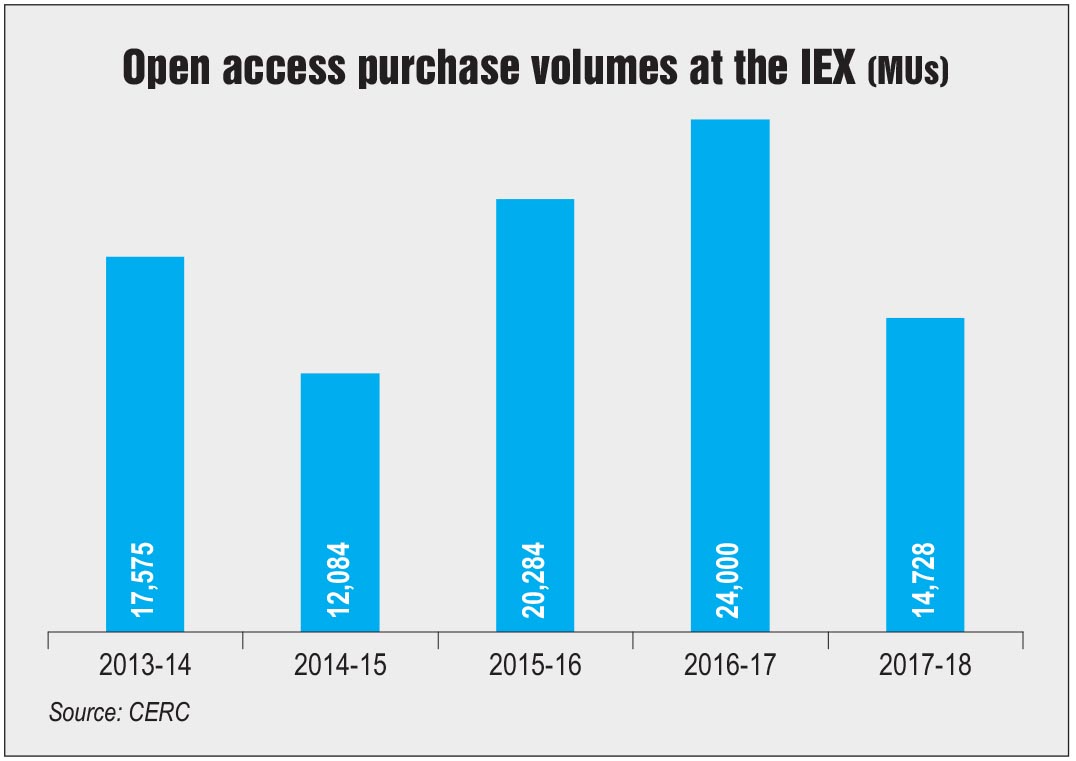 As of March 2019, there were 37 registered interstate trading licensees, of which 23 were engaged in short-term trading. PTC India, with a 30 per cent share in volumes transacted through traders during February 2019, was the market leader. The other major traders were the Arunachal Pradesh Power Corporation, Manikaran Power, Kreate Energy, GMR Energy Trading, Tata Power Trading Company and NTPC Vidyut Vyapar Nigam Limited. 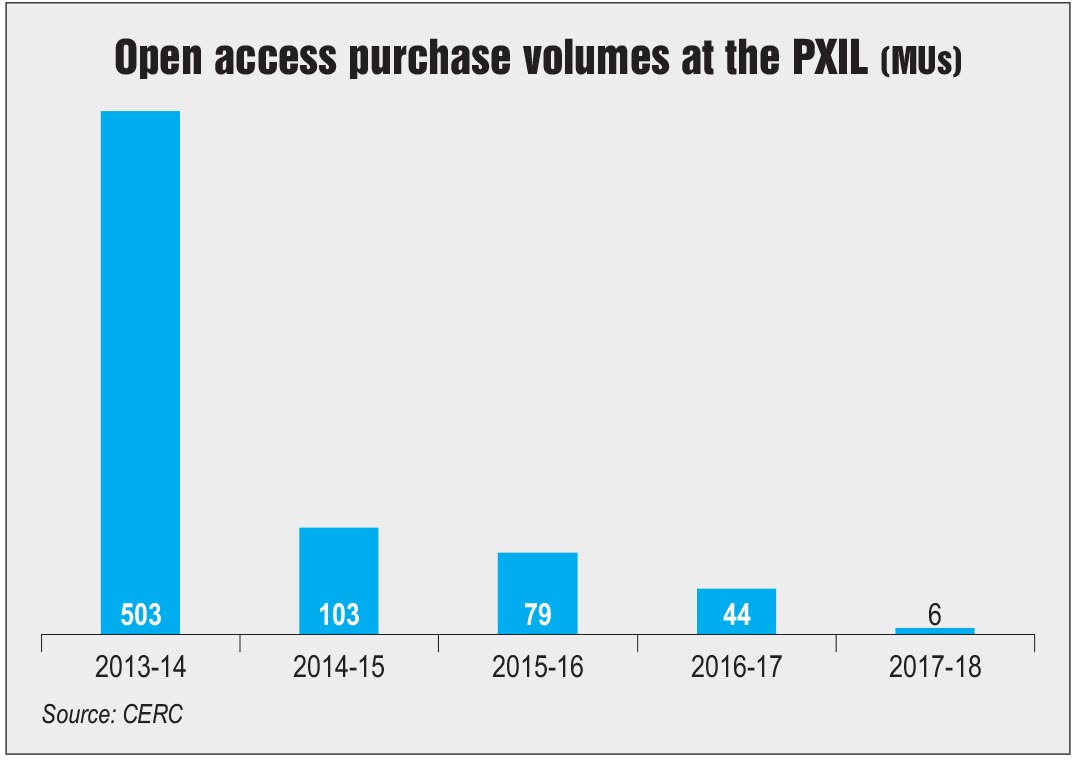 Open access industrial consumers bought 14.73 BUs of electricity, which formed 32 per cent of the total day-ahead volumes transacted on the power exchanges during 2017-18.

In 2017-18, about 4,248 open access consumers procured 14,728 MUs of electricity through the IEX platform. These consumers were mostly located in Tamil Nadu, Andhra Pradesh, Gujarat, Haryana, Punjab, Rajasthan, Karnataka and Uttarakhand. The weighted average price of electricity bought by open access consumers at the IEX was lower (Rs 2.92 per kWh) than the weighted average price of total electricity transacted through the IEX (Rs 3.42 per kWh). 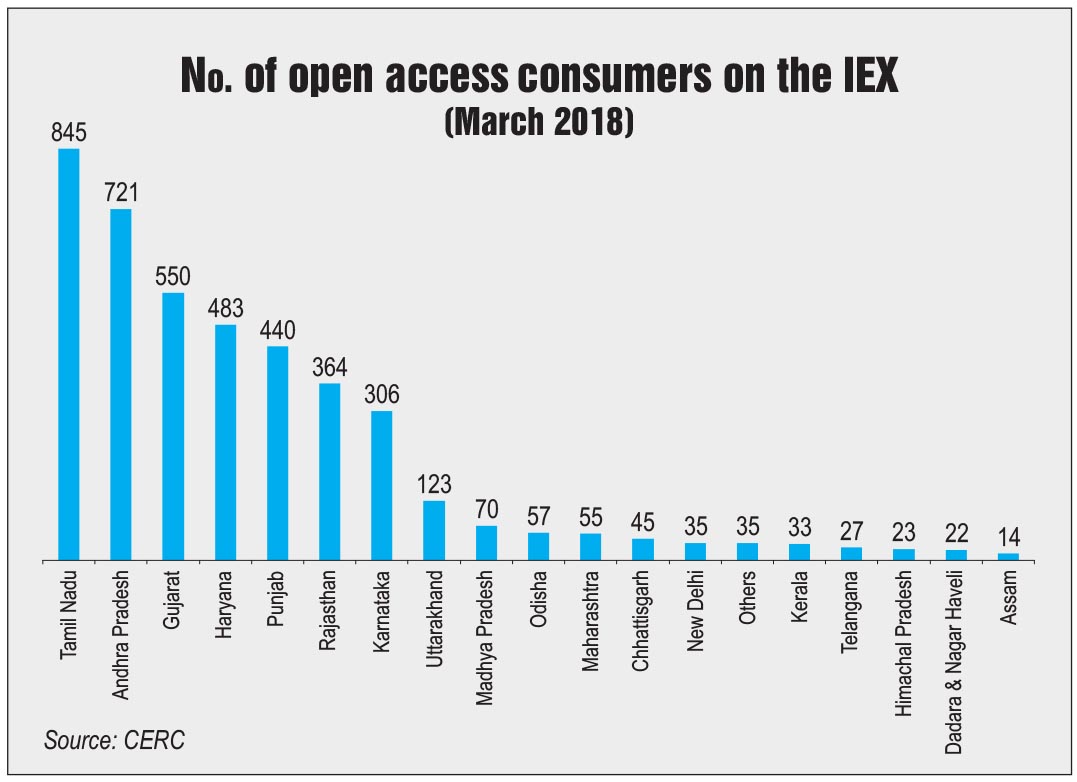 At the PXIL, about 559 open access consumers procured 6 MUs of electricity through the PXIL platform in 2017-18. These consumers were mostly located in Tamil Nadu, Gujarat, Punjab, Chhattisgarh, Karnataka, Rajasthan, Uttarakhand and Haryana. The weighted average price of electricity bought by open access consumers at the PXIL was lower (Rs 2.79 per kWh) than the weighted average price of the total electricity transacted through the PXIL (Rs 3.80 per kWh).

Open access and captive power plant (CPP) consumers also participate in the renewable energy certificate (REC) trading process in order to meet their renewable purchase obligations. According to a Power System Operation Corporation report, in 2017-18, almost 39.2 per cent of the total traded RECs were purchased by such consumers (with the remaining being procured by discoms). In 2017-18, the number of open access and CPP consumers participating in REC trading at the power exchanges stood at around 1,045 against only 351 in 2011-12. 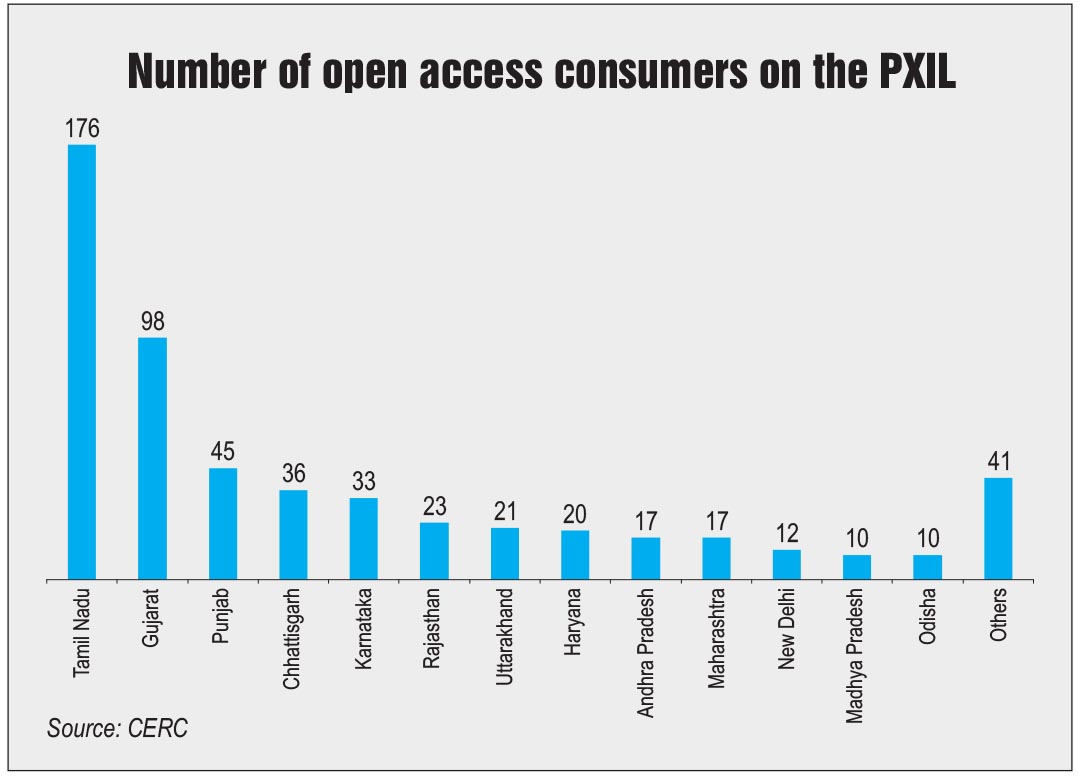 Open access was introduced to promote competition and open up the market for electricity trade. However, challenges in open access implementation have hampered short-term transactions by industrial consumers. State discoms are reluctant to part with high-paying consumers. This leads to the imposition of high open access charges in the form of additional surcharge and cross-subsidy surcharge.

Moreover, discoms have imposed wheeling charges on purchases in the open access market. This is unwarranted as most of the big industries have extra high voltage connectivity and hence they do not fall within the discom’s network. In cases where the distribution network is not used, consumers should not be liable for wheeling charges and losses for such open access transactions. 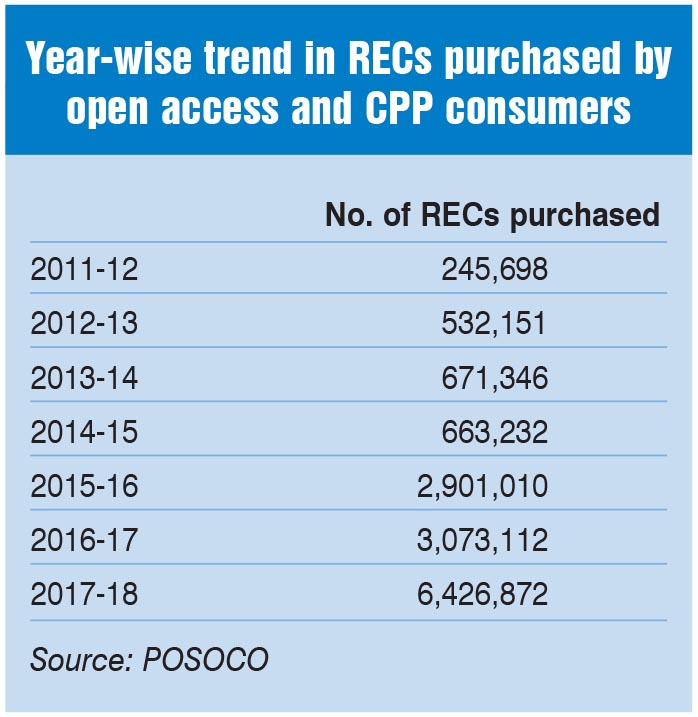 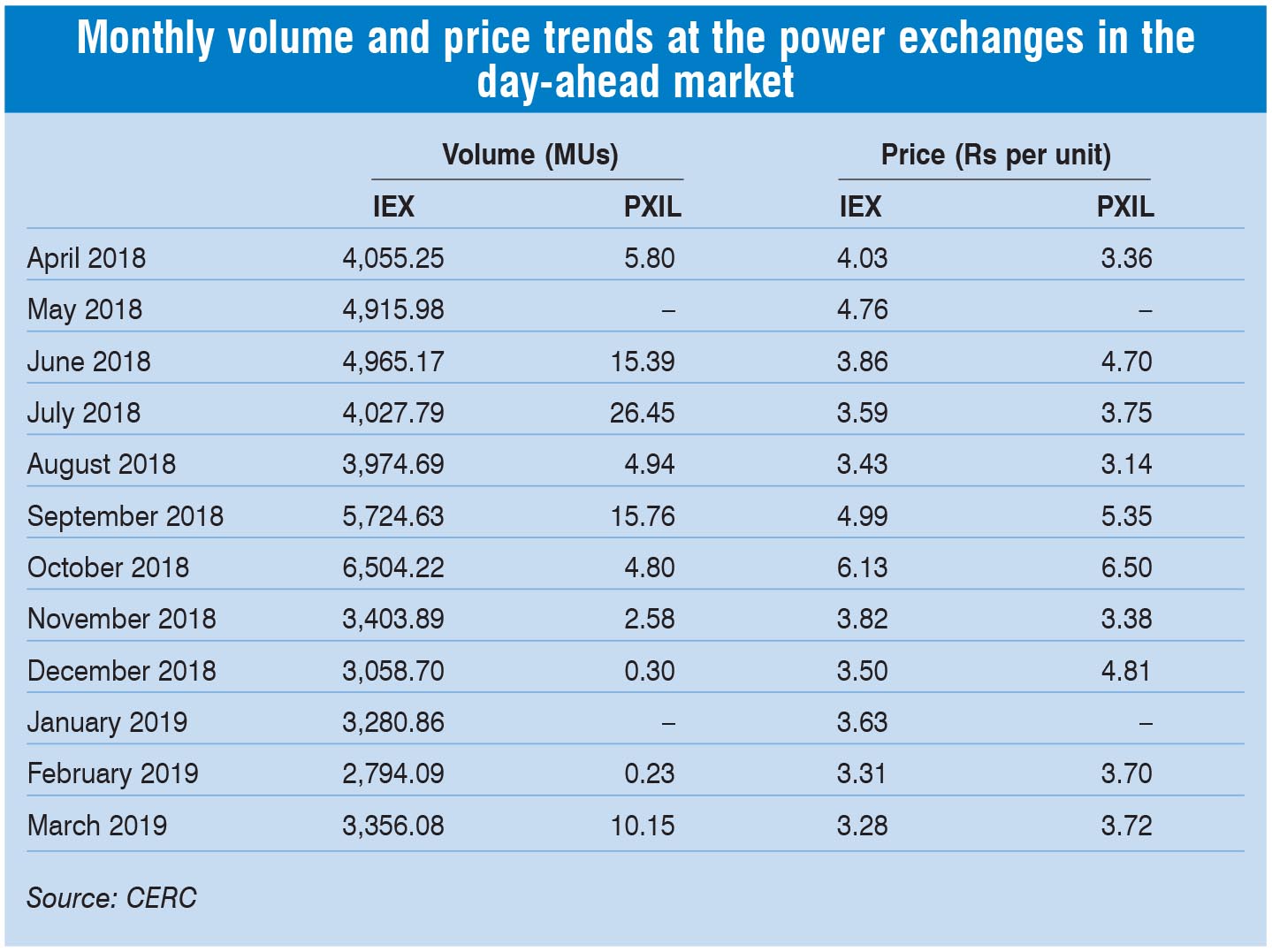