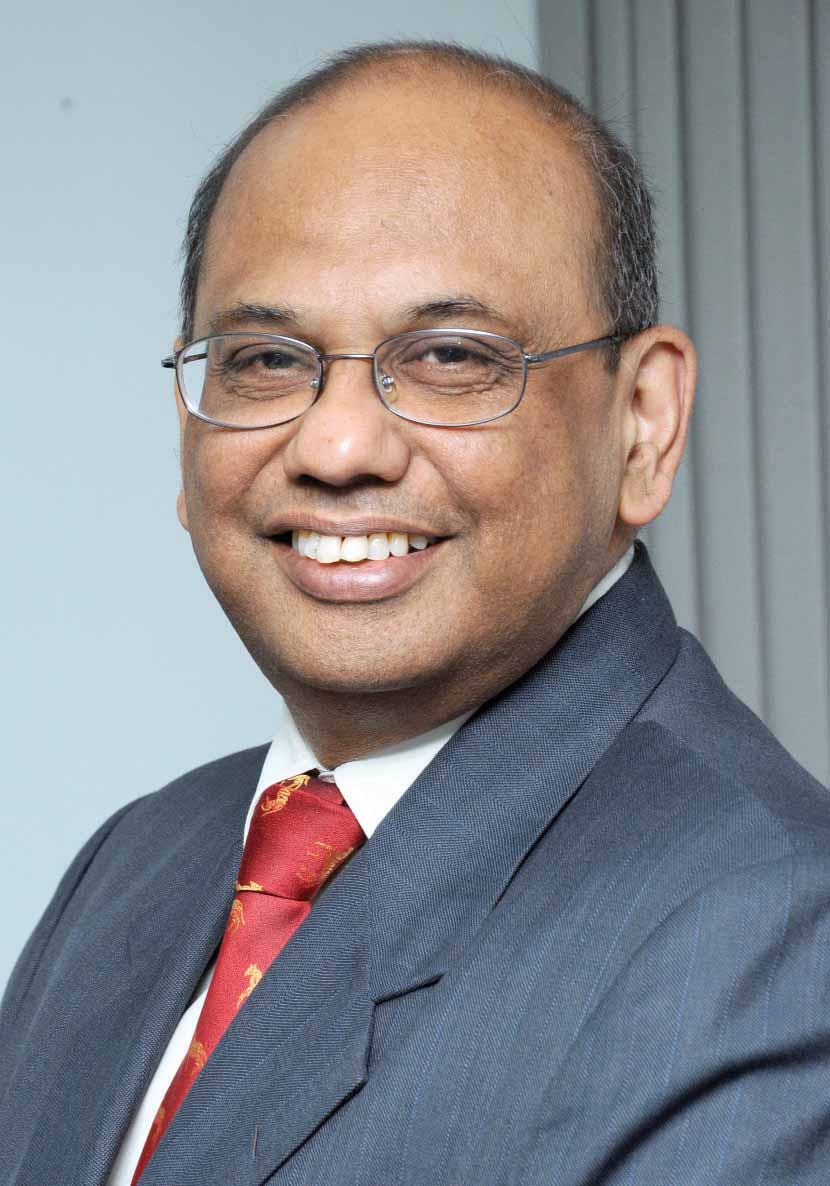 It has been more than three years since India formally adopted the Paris Agreement. Since then, India has been working on a multifold strategy to become a clean energy powerhouse. In an interview with Power Line, Ajay Mathur, director general, The Energy and Resources Institute (TERI) and member of the Prime Minister’s Council on Climate Change, spoke on a wide range of issues including India’s status on the COP21 agreement, clean energy targets, energy efficiency strategy and e-mobility opportunities. Excerpts…

How has the country progressed towards its COP21 commitments in the past one year? What challenges do you perceive in meeting the 2030 goals?

In the run-up to COP21 we presented a range of pledges as part of the nationally determined contributions. Amongst them, three components are quantifiable, such as 30-35 per cent reduction in carbon intensities at the 2005 level, 40 per cent electricity generating capacity based on non-fossil fuels and 2.5 billion-3 billion tonnes of carbon dioxide (CO2) sequestration. We recently submitted a biannual report update to the United Nations in February 2019. According to the report, we achieved a 21 per cent reduction in carbon intensity during the period 2005-14. Regarding the generation capacity, we currently stand at about 36 per cent. For CO2 sequestration, we do not know the accurate numbers but a back-of-the-envelope calculation suggests that we are below the target. The extrapolation (despite limitations), however, suggests that we will be able to meet the targets.

In order to meet the goals, a few things would be important to consider. First is that our energy efficiency gains must continue. The country is heading in the right direction. However, the buildings sector, and the micro, small and medium enterprises (MSME) sector need more attention. Also, the majority of people in India use biomass for cooking, which is quite inefficient but with zero net carbon emissions. However, to have a better quality of life, we are providing them with liquefied petroleum gas and thus moving to a CO2 producing fuel. So, as energy efficiency increases, the quality of life increases, but in the process, CO2 emissions will also increase. This poses a clear challenge to us. Our goal is that every household in India should be using clean cooking fuels. Second, today solar and wind power costs less than thermal power, but only when the sun is shining and the wind is blowing. For providing electricity during the night, coal is the cheapest option. Hence, unless we get batteries down to price levels at which electricity from solar-plus-battery costs less than thermal power, we will not be able to sustain this transition.

How would you rate the thermal power sector’s efforts in addressing climate concerns and curtailing emissions? What are the areas that need attention?

The amount of CO2 per kWh generated in coal plants has been declining. This is because of greater efficiency as supercritical plants have been brought online. The move is in the right direction because till the point where electricity from solar-plus-battery becomes cheaper than thermal power, coal will be continuously used and, therefore, we need to use it as efficiently as possible. Our estimate is that the usage of coal will increase by around 40 per cent by 2027-30. By this time, we expect that electricity from solar-plus-battery will start costing less than that from coal. So, initially we expect coal usage to increase and as solar-plus-battery becomes cheaper, coal usage will become constant. Once the coal-based power plants start retiring, coal usage will eventually decrease. No new coal financing has been approved in the last three years and probably will not be approved in the future. So, coal plants, that are currently under construction will be the last ones to be built. However, one of the biggest challenges will be that coal-based power plants will need to achieve high ramp-up rates if they have to take up the evening load because, during the day, solar is cheaper. Coal-based plants should be able to operate at very low rates during the day, say, 40 per cent, and from there they should be able to go up to 100 per cent in about one to two hours.

What is your assessment of the current state of the renewable energy segment?

Renewables have been doing extremely well. This segment has been growing and has been able to sustain price decreases with increase in scale. In the last year and a half, however, the growth has stalled. The reason is that we have not been able to establish procurement or competitive bidding mechanisms, which allow consumers to get cheaper prices while manufacturers are also able to get returns. Another challenge is the time gap in the commissioning of renewables projects and their transmission lines. Further, renewables come up in modules but a transmission line does not. It has to be built for the ultimate generating capacity.

Currently, solar-plus-battery supplies electricity at Rs 11–Rs 12 per unit. So from that level, battery prices will have to come down to at least half. Moreover, there will be some reduction in solar prices as well. This can be achieved through building volumes, while doing it competitively. Further, there is a need to start investing in building manufacturing capabilities. There is also a need for research to bring prices down. For example, in a very crowded city, loads increase because of additional air conditioners and there is no space to install more transformers. In this case, instead of increasing the transformer capacity, we could increase storage batteries. We need to identify places where batteries make sense and start building up those markets so that, over a period of time, benefits can accrue from better technologies and lower prices.

What is your perspective on India’s e-mobility goals? What are some strategies required in the short to medium term to accelerate e-mobility transformation?

The greatest advantage of e-vehicles is that the urban air quality becomes better. Second, the huge fuel import burden reduces. In both these cases, electrification is needed first in electric buses and other commercial transport vehicles as they involve the largest amount of fuel use. We have been moving in the right direction. In tenders for buses that were invited last year, it was found that the leasing prices in three to four cities were less than Rs 60 per km, which is very interesting since we currently pay Rs 60 per km to lease compressed natural gas buses in Delhi. So in a certain way, these are already cheaper. Similarly, if you look at commercial vehicles such as a taxi or a three-wheeler, then its life cycle cost is less than that of a petrol vehicle, although the initial cost is higher. It is largely because the batteries’ cost (including the charging cost) is less than the cost of petroleum or diesel. This suggests that a new business model is required. The most important thing is, however, to create volumes with buses and commercial vehicles so that the price of batteries comes down. This will help bring down the price in the private market system as well.

What are some of the untapped opportunities in the energy efficiency market?

The two main areas where we need to strengthen work are buildings and MSMEs. In buildings the challenge is to get the energy efficiency building code to be implemented by municipalities. The interests of municipalities do not always converge with the overall benefits of efficient buildings as the implementation costs are borne by them but the benefits are enjoyed by others. We need to find areas of convergence. For instance, green buildings have higher property values than non-green buildings, and hence, they are of interest both to the municipality and the builder. Similarly, a city with green buildings may prove to be a lot more attractive for re-location. There is a need to explore more such opportunities.

For MSMEs, I believe the problem is that since they are run by entrepreneurs, they need information as well as the confidence that energy efficiency will really work. We need to make business models available to MSMEs. For example, an energy efficiency service provider can be brought in that can provide services to get x per cent efficiency and, in return, receive a payment per month that is less than the benefit per month.

What is your outlook for the power sector over the next four to five years?

Earlier, the problem in the power sector was of generation capacity, which was insufficient. We put our minds and policy into it and resolved this problem. The next thing was to connect these capacities to households that need the electricity. Again, we put our minds and policy into it and it happened. Similarly, over the next few years, the key issue for consumers is going to be of reliability of power supply. As far as renewables are concerned, the growth will happen as they are cheaper. As far as coal-based power stations are concerned, they will witness a dip in the long term. We, therefore, have to move towards storage soon. So, in the next four to five years the growth will increase, even though we had a slow growth in the past couple of years. But I think we will catch up and reach the target of 175 GW, if not by 2022, possibly by 2024.

What are your priorities and plans for TERI in the next couple of years?

One of our plans for TERI is enabling the growth of renewables to meet peak-time demands. Second is focusing on the industry sector. In verticals like cement, steel and petrochemicals, we expect that the installed capacity in India will triple during the 2020s. Hence, work on the development related to zero-carbon technologies is needed for these industries. A third area that we are focusing on is biofuels. We are now looking at ways to grow things like algae that breed in a high CO2 environment and then use it to make biofuels. Air pollution is another priority area for us. We are looking at source apportionment for as many cities as possible. We cannot have a city-specific air-pollution control strategy until we do not know what to attack. Further, we are working on an action plan, which involves how to monitor pollution and implement solutions. In the area of climate change, we observe that extreme events like droughts and floods are likely to increase in the future. We are focusing on studying such events and developing tools that can predict such events. For instance, if we overlay a 3D map of Guwahati, we can know what places will be flooded following heavy rains in the Meghalaya hills. Further, we are focusing on biotechnology for a range of applications like cleaning up oil spills on soils. Similarly, we are working to create biopesticides and biofertilisers. Our focus is on minimising use with the help of nanotechnology.