The Central Electricity Authority (CEA) has recently published a draft report on India’s optimal generation capacity mix for 2030. The report suggests that the overall grid capacity in the country will reach 831 GW to meet a peak demand of 340 GW. Solar and wind will constitute the largest share of about 53 per cent (431 GW) in the proposed capacity mix) while coal will constitute around 32 per cent (266 GW). Unlike the traditional power system in which coal was the mainstay of the electricity mix, India’s power system will be dominated by renewable energy going forward.

While there are many advantages of adding more renewables to the power system – from cost economics and reduced reliance on imported fuel to a cleaner environment – there are some inherent challenges too. Both solar and wind can be intermittent and variable in nature. From a system operator’s perspective, this intermittency in the availability of both solar and wind, coupled with frequent changes in power demand, can quickly make the system unstable.

Recognising this, the CEA report examines the implications of absorbing the high but variable output of renewable energy sources into the power grid and acknowledges the need to equip the system with more flexibility to cope with this challenge. The report also cites a national-level modelling exercise undertaken by the National Renewable Energy Laboratory (NREL) and Power System Operation Corporation Limited (POSOCO) two years back, which had recommended steps to improve grid flexibility.

The CEA report considers, as did the NREL-POSOCO study earlier, the retrofitting of coal plants (flexibilisation) and increasing hydro generation as the most viable options to enhance the flexibility of the system.

While additional capex on the existing coal plants may increase their flexibility, it will also certainly increase their overall carbon dioxide emissions. This will defeat the purpose of adding more renewables into the power system. Moreover, operating thermal plants at such a low plant load factor, and often, at a technical minimum load, and cycling up/down to balance the variability of renewable energy generation will extract a heavy cost and reduce the economic life of plants.

Hydro is a good option to ensure system stability, as it is not only technically well suited for managing system variability, but is also a clean source of electricity generation. However, hydro plants are constrained by site considerations, seasonality and a competing demand from irrigation. Hence, relying on hydro beyond a certain point to meet balancing requirements seems unrealistic.

The report completely rules out the use of gas-based plants to strengthen supply-side flexibility, arguing that first, there is limited availability of domestic gas in the country. Second, higher prices of imported gas would make it unaffordable. The fact that 25 GW of gas-based assets in the country are lying idle for lack of fuel or procurers would seem to support this claim.

Is gas-based generation technology unsuited for India? Let us examine this.

Gas-based power generating equipment is of two types: gas turbines (GTs) and internal combustion engines (ICEs). Gas turbines can be of the open-cycle type, which is rather low on efficiency but relatively fast in response. When paired with steam turbines to form combined cycle gas turbine (CCGT) plants, they have a higher overall thermal efficiency, but take much longer to reach full load than is required for applications such as peaking, renewable energy balancing or standby reserve. If deployed for part-load operations – a highly likely possibility with renewable energy variation – the efficiency will fall drastically. It is important to note that almost the entire fleet of gas power equipment in India (that is idle or stranded) is of the CCGT type. These plants have been rendered uneconomical because they cannot compete on the merit order against coal plants for baseload application, nor are they flexible enough to provide quick ramp rates as required for renewable energy balancing. Further, if started/ stopped frequently, they will need to be overhauled in a shorter period. So, the fact that these CCGT plants are unutilised cannot justify the elimination of all forms of gas power technologies from the country’s power mix.

The other gas power technology is ICE. Unlike gas turbine plants, ICE plants are modular in construction and operation. Thus, a 200 MW plant may consist of 10 engines of 20 MW each and can be scaled up in modules to meet the growing demand. Each of these engines can be operated separately or together with other engines to suit varying demand, with the highest thermal efficiency at any plant load. Each engine (or the entire plant) can be started instantly and ramped up to full load in two to five minutes from standby mode when there is a need, whether due to a sudden spike in demand or a sharp drop in renewable energy generation (wind failure, cloud cover, etc.). They can be stopped instantly when renewable energy generation picks up again, to allow its full absorption without curtailment. And this start/stop sequence can be done any number of times without a maintenance penalty. These characteristics of rapid response and instant dispatchability make ICE an excellent balancing foil for variable renewable energy.

Not surprisingly, markets in California, Texas, Australia, the UK, etc., which have been bastions of gas turbines, have recognised the benefits of flexibility and efficiency offered by ICE in the new circumstances where renewable energy penetration is increasing rapidly. Several plants of 100-250 MW based on ICE have been installed in the US in recent times for wind balancing and applications. Investments have been incentivised by price signals that, in turn, are proxies for the variation in renewable energy generation.

As the International Energy Agency points out in a recent report, with more renewables coming in, it is necessary to abandon the traditional LCoE method of evaluation and replace it with a more holistic one, based on the “system value” of each technology. The value offered by ICE technology at the portfolio level (or the grid level) would justify the investment. 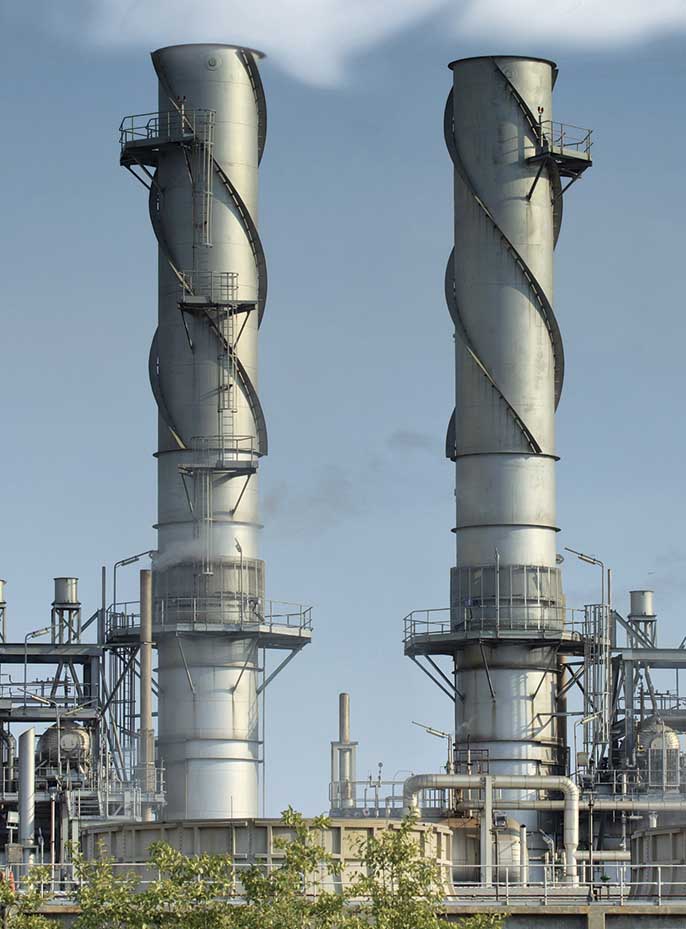 The view that flexible gas can provide a cleaner and cost-effective means of renewable energy integration is backed by a system-level modelling exercise. The results from the model show that a flexible system – in which imported gas at $10 per mmBtu and batteries are also considered for supply-side flexibility – can result in lower carbon dioxide emissions, less water consumption and higher system-level savings as compared to a system in which only legacy plants (coal, hydro, etc.) are activated for achieving supply-side flexibility. This may be counter-intuitive, but the benefits are real. Although the LCoE of gas-based power generation from ICE plants is higher at the plant level, they enable an overall reduction in the system-level cost by making possible fuller absorption of cheaper renewable energy; permitting coal plants to run at a better load and efficiency, with savings in fuel costs; helping coal plants avoid cycling costs; and helping amortise the capital costs of coal plants over a wider spread of generating units.

GAIL is expanding the gas network in India and more liquefied natural gas terminals have been planned. Gas availability is unlikely to be a constraint and long-term projections indicate a stable pricing regime, making it a reliable fuel option.

It is reassuring to see that India is going much beyond the 175 GW renewable energy target by 2022. However, if the country is to realise its renewable energy vision, it must include all sources of technology in its electricity mix and not just rely on legacy plants for supply-side flexibility.