The recently presented Union Budget 2019-20 has been satisfactory for the power sector. One of the key announcements for the sector has been the introduction of tariff and structural reforms. In her maiden budget, the finance minister has proposed to remove barriers like cross-subsidy surcharges (CSS), and undesirable duties on open access sale and captive generation. Besides this, the government has proposed to launch a special package for the power sector. In addition, the budget has proposed to launch a competitive bidding scheme to set up mega-manufacturing plants for solar photovoltaic (PV) cells, lithium storage batteries, and solar electric charging infrastructure, among others. The budget has also laid emphasis on creating a vibrant power market with the implementation of the “one nation, one grid” initiative. A look at the key takeaways from Budget 2019 for the power sector:

Meanwhile, central sector schemes have received a net budgetary allocation of Rs 119.69 billion for 2019-20, a decline of 13.62 per cent over Rs 138.57 billion for the previous year. While the budgetary allocation for the Integrated Power Development Scheme has increased 33 per cent to Rs 52.80 billion for 2019-20, that for the Deendayal Upadhyaya Gram Jyoti Yojana and other system strengthening schemes has reduced by 38 per cent and 47 per cent to Rs 40.66 billion and Rs 14.78 billion, respectively.

The Economic Survey of India for 2018-19, which was released before Budget 2019, made some important observations with regard to the power sector. It noted that India lags significantly behind in energy use with its per-capita energy consumption almost one-third of the global average. It will have to increase its per capita energy consumption at least 2.5 times to increase its real per capita GDP by $5,000 in 2010 prices and enter the upper-middle income group. Further, to reach the human development index of 0.8, the per capita energy consumption in the country has to quadruple. The survey also lays emphasis on universal electrification under the Saubhagya scheme. As of March 2019, about 26.2 million households were electrified under the scheme launched in October 2017. The survey also reported that energy efficiency programmes generated cost savings of over Rs 530 billion and reduced carbon dioxide emissions by about 108.28 million tonnes in 2017-18.

Power tariff and structural reforms: The government has announced plans to soon release a package of power sector tariff and structural reforms. It has also proposed to work with the state governments to remove barriers like CSS, and undesirable duties on open access sales or captive generation for industrial and other bulk power consumers. Besides this, the government aims to improve the performance of discoms under the Ujwal Discom Assurance Yojana (UDAY) and hopes to improve it further.

Electric vehicles: The government has proposed to the GST council to lower the GST rate for electric vehicles (EVs) from 12 per cent to 5 per cent. Apart from this, the government has announced an additional income tax deduction of Rs 150,000 on the interest paid on loans taken to purchase EVs, resulting in a total benefit of around Rs 250,000 over the loan period.

Mega manufacturing plants: The government has proposed to launch a competitive bidding scheme to set up mega-manufacturing plants in sunrise and advanced technology areas such as semi-conductor fabrication, solar PV cells, lithium storage batteries, solar electric charging infrastructure, computer servers and laptops. Through this scheme, the government aims to attract global companies. Such companies will be provided investment-linked income tax exemptions under section 35 AD of the Income Tax Act, and other indirect tax benefits.

HLEC recommendations: The government has also announced the retirement of old and inefficient plants based on the recommendations of the High-Level Empowered Committee (HLEC). In addition, measures for tackling the low utilisation of gas plant capacity will soon be implemented.

One nation, one grid: In order to improve grid infrastructure, the government has proposed to implement the “one nation, one grid” plan. This will ensure the availability of power to the states at affordable rates, the finance minister noted.

Some key sector expectations have not been met in the budget. First, the marginal increase in allocation for the renewable energy segment has been a dampener. The sector also expected the removal of the cap on priority sector lending for the solar power sector. The power sector expected changes in accounting standards that could allow companies to carry forward losses for 12 years rather than the current limit of eight years to address legacy issues.

Net, net, the union budget 2019-20 saw consolidation of reform measures introduced for the power sector such as 24X7 power supply and promotion of EVs. The introduction of tariff structure reforms such as removal of CSS and other undesirable duties on open access sale are positive announcements. That said, the impact of these reforms and proposals will depend on their implementation. 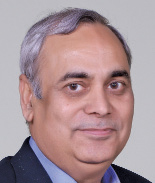 “We are glad to see the direction given by the government. It has outlined the key areas as part of the broader vision for the future with energy for all at its very core. It is a well balanced budget with a clear push towards the socio-economic growth and development of the country. The focus on providing access to energy to each and every household in the rural and urban areas is very progressive.  There is a visible push for new-age technologies and digital solutions as the budget specifically mentioned the importance given to artificial intelligence, internet of things, big data and Digital India – which are an integral part of the long-term vision. Aimed at boosting economic growth and the Make in India programme, the proposal to launch a scheme to invite global companies to set up mega-manufacturing plants is laudable. All in all, it is encouraging to see the government’s continued focus on programmes like UJALA, Saubhagya and UDAY as key initiatives for the nation’s economic growth, with an even greater focus on digitalisation to boost the rural economy.” 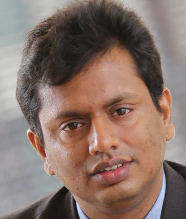 “The aspirations and support for manufacturing new-age technologies such as solar PV, EVs, storage, batteries, charging infrastructure will go a long way in making the energy sector fit for the future. It will help attract private investments to the sector. The focus on group captives can trigger the interest of large international utilities to invest in the power sector. The amendment to captive rules, which has been in discussion for long, should conclude soon.” 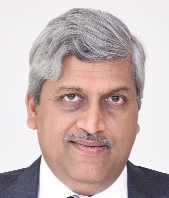 “The budget has given a significant boost to the infrastructure sector with a proposed capex of Rs 100 trillion for five years. Public–private partnership in railways and station modernisation, focus on regional rapid transit system and dedicated freight corridors, the development of regional airports, and the provision of 19.50 million homes by 2022 augur well for us. Also, glad to see the government’s continued focus on “one nation, one grid”. I look forward to the much-needed power sector reforms package. Initiatives like BharatNet to bridge the rural-urban digital divide and thrust towards EVs and charging stations are expected to provide ample business opportunities.” 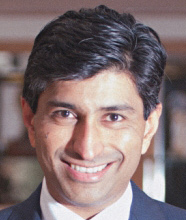 “The power sector being the fuel and a major part of the economy affects various other sectors in a direct or indirect way. We are encouraged by the varied interventions of the government towards power tariff and the one nation, one grid model, which will ensure power connectivity to various states at affordable rates. The government’s announcement to improve and discuss the UDAY-II scheme for a better financial and operational turnaround of discoms will help various other inter-linked sectors to grow and enhance their structure to better suit the needs of their beneficiaries.

We appreciate the government’s intent to support the renewable energy sector through tax deduction in the production of lithium storage, solar PV and other equipment, and the allocation of more than Rs 39 billion for wind and solar power. India is on the path of maximising its renewable energy potential in line with its commitments towards climate change mitigation.”