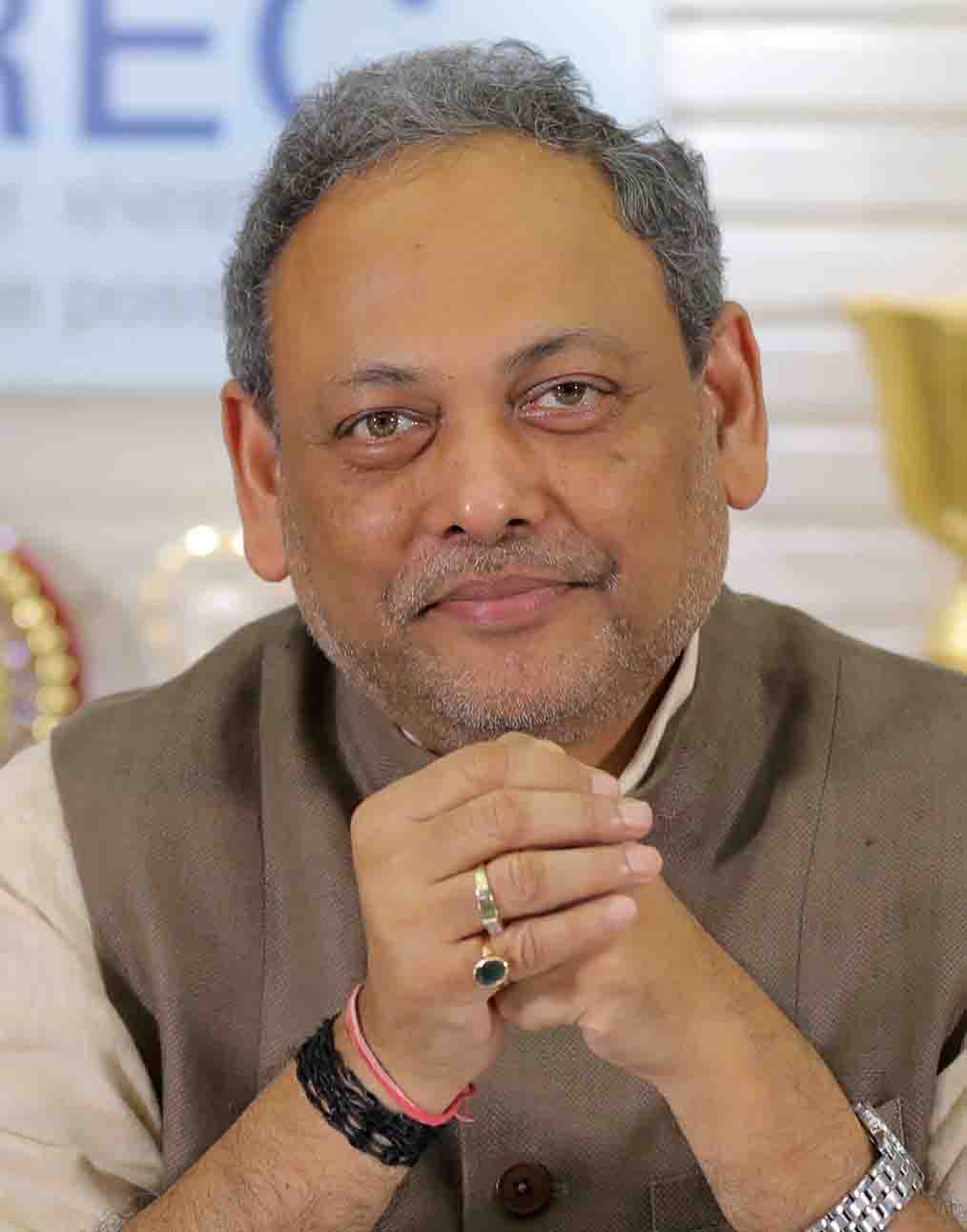 REC Limited is positive on the growth outlook for the country’s power sector, with an uptick in demand from the industrial and domestic segments following improved access to power and enhanced household connectivity. Furthermore, it expects the focus to remain on renewable energy project financing over the next few years. In a recent interview with Power Line, Ajeet Kumar Agarwal, chairman and managing director, REC Limited, shares his views on the current state of the power sector as well as his future outlook for it. Excerpts…

How has REC evolved over the years?

REC Limited has completed 50 years of its glorious and successful journey. Established in 1969 for the energisation of agricultural pump sets to support the green revolution of the early 1970s, REC has come a long way in the service of the nation by supporting the electrification of all villages and of millions of households in the country. The company is a premier non-banking financial company (NBFC), financing all the needs of the power sector across the value chain, be it generation (including renewables), transmission or distribution. The major milestones of the company include being conferred Navratna status in 2008, our public listing in the same year, the launch of our first green bond in 2017 listed on the London Stock Exchange, and being appointed the nodal agency for flagship government schemes such as the Deendayal Upadhyaya Gram Jyoti Yojana (DDUGJY) and the Pradhan Mantri Sahaj Bijli Har Ghar Yojana (Saubhagya). Our most recent major contribution has been enabling the Government of India’s mission to complete household electrification under the ambitious Saubhagya programme while continuing our march as the leading public financial and development institution of India.

What are the major areas of operation for REC and what have been the company’s key financial accomplishments over the past year?

REC is a premier non-banking infrastructure finance company catering to all requirements of the power sector for the past five decades. Its clientele includes all state-owned utilities, private sector borrowers, joint sector utilities, etc., working in the entire domain of the sector. REC has a presence across the country through a network of offices located in all major states in India, so as to provide quality and timely services to its clients at their doorstep. Further, REC has two subsidiaries – REC Power Distribution Company Limited and REC Transmission Projects Company Limited – actively providing consultancy in the areas of distribution and transmission respectively, for servicing the requirements of its clients.

How do you assess the performance of the power sector in the past year?

India is the third largest producer and also the third largest consumer of electricity in the world. India is also the fastest growing energy market in the world. As of March 31, 2019, the installed generation capacity stood at 356 GW. The country’s investment in the energy sector grew at a rate of 12 per cent in 2018, which, according to the International Energy Agency, is the highest growth rate compared to any other country.

The power sector has witnessed a transformational momentum in recent years on account of a series of decisive steps taken by the government across the power value chain. These measures have contributed to surplus power availability, improved fiscal discipline, greater operational efficiency of state utilities and an unprecedented growth in the clean energy market.

India’s renewable energy potential at 900 GW is also huge, which includes 750 GW of solar power, 102 GW of wind power, 20 GW of small-hydro power and 25 GW of bioenergy. India has affirmed its commitment to implement the covenants of the Paris Agreement and has set a target of 175 GW of renewable energy capacity by 2022 and increasing the share of green energy to 40 per cent of the total installed capacity by 2030, apart from a rapid transition to electric vehicles (EVs), energy-saving devices and the adoption of new and emerging technologies.

In addition, under Saubhagya, electricity has been provided to over 25 million households within 18 months, making it the world’s largest and one of the fastest electrification drives. The government is also vigorously promoting energy efficiency systems through a joint venture with our company, Energy Efficiency Services Limited. It is a matter of pride that REC has been an integral part of several important government initiatives to engineer an accelerated transformation of the power sector.

What has been REC’s experience in extending finance to renewable energy projects?

REC has been extending support for the development of renewable energy in consonance with the government’s policy to increase green power as part of its global commitment to reduce greenhouse gas emissions. During 2017-18, REC became the first Indian PSU to launch green bonds denominated in US dollars and raised $450 million for a period of 10 years. The bond issue was oversubscribed by 6.7 times. REC has so far raised two lines of credit from KfW for renewable energy projects and while the first Euro 100 million line of credit raised in 2012 has been completely disbursed, the second line for Euro 200 million had been signed in 2018 for solar and wind projects.

REC funded 124 projects with an installed capacity of 4,445 MW, with loan assistance of approximately Rs 257.31 billion between 2011-12 and 2018-19. Source-wise, solar photovoltaic (PV) projects account for 53 per cent of the sanction, wind for 36 per cent and small-hydro projects for 8 per cent. Notably, REC’s interest rates for renewable projects are the lowest among its other categories of lending.

The company has been continuously modifying its policies/guidelines to meet the requirements of the market/ developers to support the development of renewable projects. The company has recently started funding electric buses along with the associated charging infrastructure for various state road transport corporations. The company also became a corpus member of the International Solar Alliance (ISA) in 2018 to boost the implementation of solar energy projects.

What has been the physical progress under the DDUGJY so far? What are the key priority areas?

The DDUGJY is one of the successful flagship schemes of the government. Till date, over 64 per cent physical progress has been achieved under the scheme. Completion of the scheme at the earliest is crucial as it supplements the facilitation of 24×7 power for all. Segregation of agricultural feeders for adequate power supply for agricultural purposes and continuous power supply to non-agricultural consumers are key priority areas of the scheme. Second, improvement of the distribution system has been envisaged through the establishment of new substations and the augmentation of existing ones commensurate with the load demand. Further, for enabling energy audit and accounting, metering of all categories of consumers, transformers and 11 kV feeders is a key component.

With REC recently raising $650 million via bonds, what does it signify for the company?

In July 2019, REC raised $650 million (around Rs 44.5 billion) through offshore five-year Regulation-S bonds under its $5 billion Global Medium Term Note Programme. Owing to the huge subscription of nearly $2.7 billion from over 140 high quality accounts spread across the globe, the company decided to upsize the deal to $650 million. Bonds were offered at a coupon rate of 3.375 per cent, which is the lowest ever in the history of REC. The proceeds from the bond issue have been utilised for funding power sector projects within the ambit of the Reserve Bank of India’s external commercial borrowings. For REC, this bond offering signifies its largest Regulation-S dollar bond issue with oversubscription of more than four times, allowing the company to price inside its secondary  market levels with the tightest coupon ever on its five-year US dollar bonds.

What are REC’s major focus areas for the next couple of years?

The power sector is undergoing an accelerated transformation globally with increased focus on technological innovation and adherence to climate change protocols. The government is also laying special emphasis on the promotion of EVs, furthering the development of renewable energy, especially solar rooftop, smart grids, smart meters, etc. REC has a strong foothold in financing projects across the entire power sector value chain. This makes the company well positioned to explore avenues for diversification such as providing lines of credit for large renewable energy projects, manufacturing of EVs, storage and charging infrastructure, and emission control equipment; fee-based project appraisals for other financial institutions; and debt syndication.

We are also planning to enter new avenues not just as a funding partner but also as an implementing agency and product/service provider through our wholly owned subsidiary companies. Further, REC has recently sanctioned loans for borrowers from our neighbouring countries and as such, may provide additional diversification opportunity in our loan book. REC wishes to be the leading institution in securing affordable, accessible, quality 24×7 power for all Indian citizens and sustain our growth momentum through the next decade.

What is your perspective on stressed assets? What are the possible solutions?

There have been some positive developments in the thermal power segment in recent times. The recommendations of the High Level Empowered Committee have been approved by the Group of Ministers and subsequently by the central government. The provision of coal under the SHAKTI scheme for short-term power purchase agreements (PPAs), generators getting the option of terminating PPAs with defaulting discoms and using the associated coal linkage for two additional years have been encouraging moves by the government. Besides, coal production has improved (from 676 million tonnes [mt] in 2017-18 to 730 mt in 2018-19) to ensure that critical supplies are available to operating plants. REC in association with other power sector lenders is also trying to work out, in the short to medium term, a few transitional steps to sort out the issues within an established framework on a case-by-case basis.

What will be the major growth drivers for REC in the coming years?

REC’s stressed assets are now within manageable limits with the lowest NPAs in the sector. These assets are at different stages of resolution.

Our fundraising remains the most competitive in the NBFC universe and there seems to be a decent pipeline of capital expenditure from major PSU borrowers in the coming years, which is expected to strengthen the company’s loan book. Coupled with this, these major state sector borrowers have been able to make incremental and sustained improvements in their financial and operational performance, thus providing enough space for increasing our exposure to them. Accordingly, our loan book has been undergoing sustained growth and provides a great basis for advancement in our bottom line. REC is focused on financing renewable energy projects and supporting the MoP’s flagship programmes.

What is the company’s outlook for the power sector in the near term?

The outlook for the power sector in India appears to be very positive. With improvement in power access, availability and reliability, industrial and domestic power demand will pick up. The government’s proactive push to address and resolve the sector’s bottlenecks is a positive sign. Financing of renewable energy projects is going to be a key focus area for REC over the next few years. The company’s green energy portfolio is growing consistently in terms of both quantity and quality, and is expected to get a further boost with policy initiatives such as the newly announced hydro policy, the KUSUM scheme, the solar rooftop programme, push for smart meters, emission control equipment, etc. It is heartening to see global support for the International Solar Alliance, which is spearheaded by India. This may lead to more such global collaborations and energise the global green energy sector. REC is poised to enter new areas of business like financing of equipment manufacturing, debt syndication, fee-based project appraisal for other financial institutions, line of credit for large renewable projects, and storage and charging infrastructure. It is committed to harness the emerging opportunities in the interest of all its stakeholders.