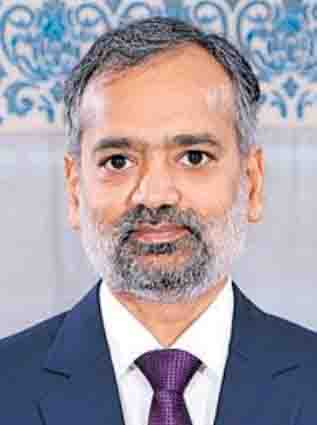 One Nation, One Grid

Powergrid, since its inception in 1989, has traversed 30 splendid years in service to the nation. The company was the first to articulate the idea of “One Nation, One Grid” way back in the early 1990s and played a leadership role in realising this goal. The Honourable Finance Minister in her maiden budget speech this year made a mention of the One Nation, One Grid that has ensured power availability to states at affordable rates and proposed to build on this successful model to take connectivity infrastructure to the next level through gas grids, water grids, etc.

During financial year 2018-19, Powergrid achieved excellent all-round performance. In terms of new capacities, the company added 8,468 ckt. km of transmission lines, 40,119 MVA of transformation capacity and 10 new substations. Powergrid enhanced the inter-regional transfer capacity of the national grid by 8,400 MW during the year. The company achieved system availability of 99.71 per cent with the number of trippings per line limited to 0.46 during the year. The operational performance continues to rank high when benchmarked against global utilities. The major assets commissioned were the 765 kV D/C Jharsuguda-Dharamjaygarh line between the eastern and western regions, the 765 kV D/C Banaskantha-Chittorgarh line between the western and northern regions, the 765 kV S/C Dharmapuri-Tumkur line; and for integration of renewable generation, the 765 kV D/C Bhuj Pool-Bansakantha line and the Bhuj substation; and the 400 kV D/C Bhadla (Powergrid)-Bhadla (RVPN) transmission line. In the north-eastern region, the company commissioned the 132 kV S/C Tezu-Namsai line along with the Namsai substation, which will improve supply to Arunachal Pradesh.

On a consolidated basis, the total income for the year (2018-19) grew by 17 per cent, from Rs 304.31 billion (in 2017-18) to Rs 356.61 billion, and profit after tax  grew by 22 per cent, from Rs 82.04 billion to Rs 100.34 billion. This year, we have paid an interim dividend of Rs 5.83 per share and propose to pay a final dividend of Rs 2.50 per share, subject to your approval. The total dividend payout thus works to Rs 8.33 per share as against Rs 5.25 per share paid in 2017-18, and is the highest dividend ever declared by the company. This year, four TBCB subsidiaries of the company have become operational, taking the tally of operational subsidiaries to seven. For the first time, the total income from subsidiaries crossed Rs 10 billion during the year and their aggregate gross block is approximately Rs 95 billion, indicating the increasing investments in competitively bid projects.

Powergrid believes in leveraging technology for gaining a competitive advantage and various initiatives are being undertaken by the Technology Development Division in this direction. The company has developed an in-house software tool, POWERGRID Asset Life Management System (PALMS), for improved monitoring of the large fleet of transformers and reactors for better asset management. The company has also developed a prototype to tap the unutilised inductive power in the earth wires of its transmission lines to energise telecom signalling equipment. Under this arrangement, telecom companies can install signalling equipment on transmission towers and eliminate the need for separate tower infrastructure. Besides being another potential revenue stream for the company, this is also an eco-friendly measure as it would reduce the dependence on diesel generators for power supply to telecom towers. The availability of fibre backhaul along the towers that supports the 100G network at most locations will be an added advantage for telecom service providers. Having successfully tested the system on a pilot basis and obtained the requisite regulatory clearances, the company is poised to launch this offering in the current financial year. Powergrid, with the support of Ministry of Power and in association with the Central Board of Irrigation and Power and the Indian Electrical and Electronics Manufacturers’ Association, has also successfully organised the 6th International Exhibition and Conference GRIDTECH-2019 in New Delhi on new technologies in transmission, distribution, renewable integration, smart grid, communication, etc.

A growing economy, increasing urbanisation and the rising aspirations of the young and the old for “ease of living” will continue to push the demand for energy in our country. According to the Draft Energy Policy of NITI Aayog, with growing demand from the industry and transport sectors, by 2040, the share of electricity in the total energy basket is expected to increase from 17 per cent in 2014 to 26 per cent, with the per capita electricity consumption rising to about 3,000 units. Power demand will go up beyond the hitherto planned levels as the country strives towards the goal of a $5 trillion economy. After achieving 100 per cent village electrification and household connections, the government is focused on providing 24×7 affordable power to all consumers. Several policy initiatives such as an amendment to the Tariff Policy to make 24×7 power supply obligatory for distribution utilities, promoting e-vehicles and charging infrastructure, Make in India and Digital India have been launched by the government, which will spur the demand for electricity going forward. The twin objectives of energy security and sustainability are pushing the growth of renewable energy. The renewable energy capacity is likely to reach 380 GW by 2027 from the current level of 80 GW, an almost five-fold increase in eight years. While the growth in demand for electricity is an opportunity for increased investment in our core business of transmission, the substantial scaling-up of renewables poses a challenge, both in terms of transmission planning and in project execution. While conventional generation projects with long gestation periods provided a three to four year window for building the transmission network, renewable projects, with a shorter gestation period, require the transmission system to be available in 18-24 months.

The implementation of major projects such as the ±800 kV 6,000 MW Raigarh (Chhattisgarh)-Pugalur (Tamil Nadu) HVDC link, together with the ±320 kV Pugalur-Trichur (Kerala), the ±800 kV, 3,000 MW Champa-Kurukshetra Pole-3 and 4, and the 765 kV EHVAC double circuit Bikaner-Moga line forming part of the Green Energy Corridors is in progress. As a CTU, Powergrid has evolved a comprehensive transmission plan for integration of 66.5 GW of renewable generation envisaged for development in various renewable energy zones aligned to the target of 175 GW of renewable capacity by 2022. The engineering, procurement and project management practices of Powergrid are also being updated to ensure execution of transmission schemes matching with the commissioning of renewable generation projects. Post 2011, as per the Tariff Policy, all inter-state transmission projects, save under certain exceptions, are awarded through competitive bidding. Some states have also started to bid out transmission schemes through tariff-based competitive bidding. Although the competitive intensity in the transmission segment has increased in recent times, Powergrid is able to maintain a healthy market share of about 40 per cent by revenue in this segment. Over the years, Powergrid has developed expertise in providing energy management solutions and is looking to leverage this capability. It has signed MoUs with Uttar Pradesh Power Corporation Limited, the Energy Management Centre, Kerala, and the Indian Institute of Technology Roorkee in this area and is exploring opportunities for investment in energy efficiency schemes. In line with the government policy, your company is evaluating the possibility of monetising some of its operating assets to unlock value and finance investments in new projects.

The telecom business of the company continues to grow with the telecom network increasing by about 27 per cent to more than 60,900 km and revenues growing by 9.34 per cent to Rs 6.63 billion from Rs 6.06 billion. The telecom backbone availability at 99.98 per cent continues to remain our strong USP.

In the consultancy business segment, this year, we completed the Srinagar Leh Transmission System and connected the Ladakh region to the national grid. This was a flagship project of the union government, aimed at improving the reliability and quality of power supply in the region. The implementation of the North Eastern Region Power System Improvement Project in Assam, Meghalaya, Manipur, Mizoram, Nagaland and Tripura, and the Comprehensive Scheme for Strengthening of Transmission and Distribution System for Arunachal Pradesh and Sikkim on behalf of the Government of India is in progress, and 21 substations with a transformation capacity of 312 MVA and two lines have been commissioned during the year. Globally, this year, we secured 10 consultancy assignments with an estimated value of $14.38 million in Nepal, Bangladesh and Africa.

At present, cross-border interconnections for the exchange of power with our neighbouring countries – Nepal, Bhutan, Bangladesh and Myanmar – exist for a capacity of 3,150 MW. In the coming two to three years, five interconnections – two each with Bangladesh and Nepal, and one with Bhutan – are planned to be commissioned to increase the transfer capacity to 6,800 MW. A transmission link to Sri Lanka is also under study. The large hydro generation potential in Nepal, Bhutan and Myanmar, the reliance of Bangladesh and Sri Lanka on gas or diesel-based generation and the need for balancing power to complement the growing renewable capacity in our country make a strong case for the development of a robust transmission grid catering to the entire region. The Honourable Prime Minister’s vision of “One World, One Sun, One Grid” for connected systems to facilitate the exchange of solar energy across countries calls for greater investment in cross-border transmission networks. To attain the vision to be a global utility, Powergrid will pursue emerging opportunities for investment in cross-border transmission systems, for the development of transmission systems in the region and for international consultancy assignments.