The flexibility offered by hydropower plants has significant value for secure and reliable operation of the grid, especially with growing renewable penetration. Hydropower plants provide the benefits of overload capability, fast ramping and peaking support, which are expected to play a key role in the future electricity market in India.

Taking cognisance of these benefits, the central government introduced a host of measures in March 2019 to revive the hydropower industry, which has long faced challenges such as stranded projects, limited offtakers, lack of finance, and high tariffs. Some of the key initiatives are according renewable energy status to all hydroelectric projects (HEPs), introducing a hydro purchase obligation (HPO), bringing in tariff rationalisation and providing increased budgetary support.

The measures are indeed a step in the right direction and are expected to revive investor interest in the hydro segment. That said, challenges arising due to delays in environmental clearances and resettlement issues continue to impede project implementation.

In March 2019, the cabinet approved a slew of measures for the hydropower segment, including the decision to give the renewable energy tag to large hydropower projects. Earlier, only hydro projects of up to 25 MW capacity were considered as renewables and were eligible for incentives such as financial assistance and cheaper credit.

Also, HPOs will be identified as a separate entity within the non-solar renewable purchase obligation. This means that the state distribution utilities will have to meet a certain proportion of their total power requirement through hydropower. This will facilitate the signing of power purchase agreements and enable the financial closure of hydro projects.

In addition, tariff rationalisation measures have been introduced, thereby providing flexibility to developers to determine tariffs by back-loading them after increasing the project life to 40 years, increasing the debt repayment period to 18 years and introducing an escalating tariff of 2 per cent. Further, budgetary support has been provided for funding the flood moderation component of HEPs on a case-by-case basis. Budgetary support would be provided for funding the cost of enabling infrastructure such as roads and bridges, limited to Rs 15 million per MW for up to 200 MW projects and to Rs 10 million per MW for projects above 200 MW.

In July 2019, the Cabinet Committee on Economic Affairs (CCEA) approved NHPC Limited’s 2,880 MW Dibang multipurpose project in Arunachal Pradesh. The CCEA approved the expenditure on pre-investment activities and various clearances for the project at Rs 16 billion. The estimated cost of the project is Rs 280.8 billion. Once completed, this will be the largest HEP in the country. In another significant development, the National Green Tribunal, in July 2019, dismissed a plea seeking reconstitution of a committee set up by the environment ministry to study the 2,000 MW Lower Subansiri HEP on the border of Assam and Arunachal Pradesh, clearing the decks for the project. NHPC is likely to begin construction of the power plant in October 2019, as it has received the requisite approval from the Assam government.

Also, in March 2019, the cabinet approved an investment of Rs 42.87 billion for the construction of the 624 MW Kiru HEP. The project will be implemented by Chenab Valley Power Projects Private Limited, a joint venture of NHPC, Jammu & Kashmir State Power Development Corporation Limited and PTC India Limited, with an equity shareholding of 49 per cent, 49 per cent and 2 per cent respectively. 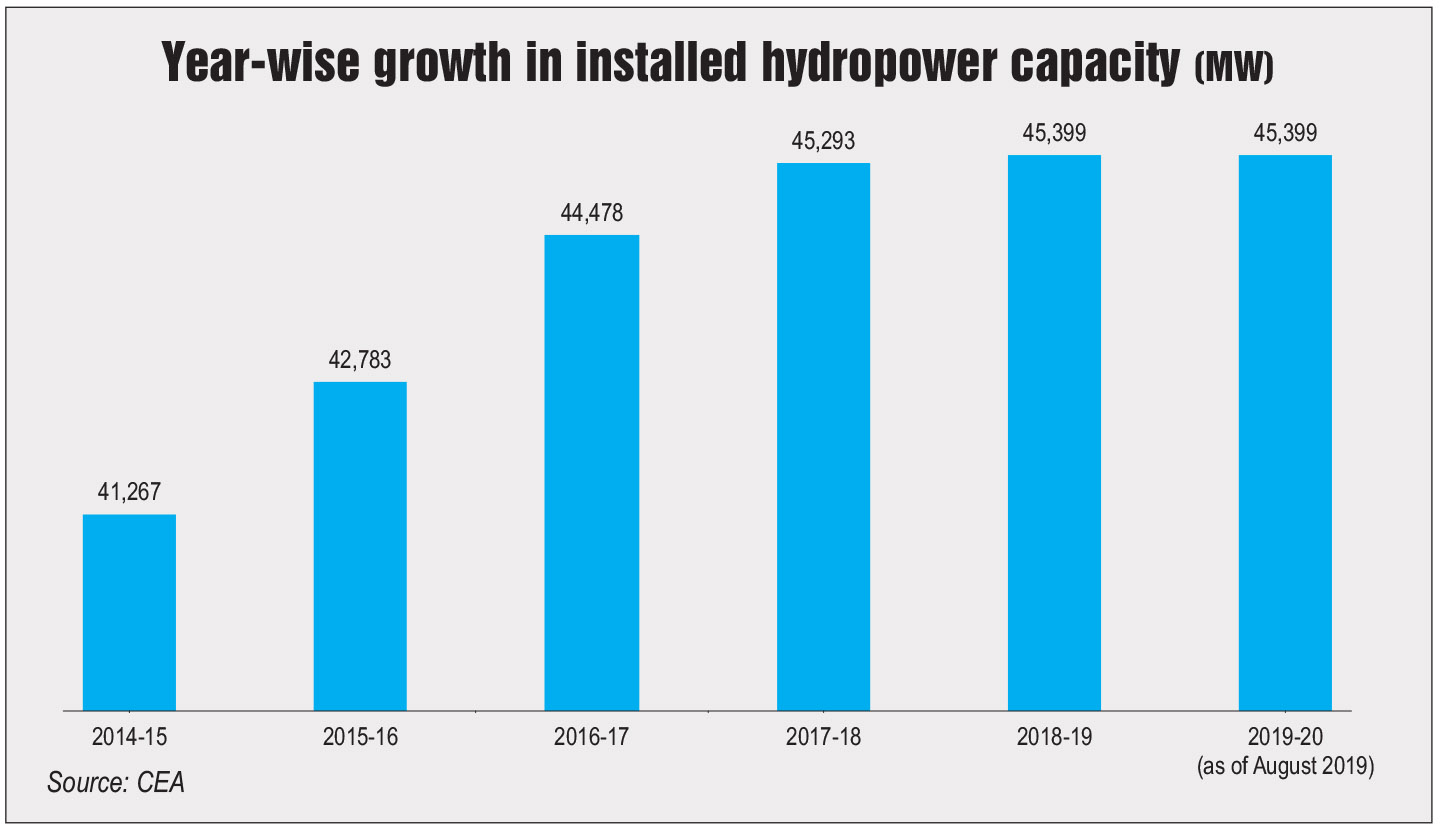 Role of hydro in promoting flexibility

The power system is currently undergoing a significant transformation with the integration of 175 GW of renewables targeted by 2022. Taking cognisance of the flexible attributes of hydro generation for providing regulation services, the Central Electricity Regulatory Commission, in July 2018, had directed the implementation of a pilot project for Fast Response Ancillary Services (FRAS) covering all central sector hydro generating stations. Additionally, 5-minute metering was envisaged as part of the pilot so as to utilise hydro generation for the provision of ancillary services. Accordingly, FRAS were implemented in 20 HEPs, totalling 8,624 MW, with pondage/storage facility in the north, the east and the north-eastern regions from November 2018 to May 2019. During this period, around 45 FRAS up, 423 FRAS down, and 1,143 inverse or counter instructions were issued.

As per a recent report, “FRAS Implementation in the Indian Grid: Pilot Project Experience and Feedback”, by Power System Operation Corporation Limited (POSOCO), FRAS helped in handling the sudden change in frequency in a centralised manner, thereby acting as a vital tool for system operators to handle imbalances at the national level. All constraints declared by the power station were honoured and implemented. Spikes in frequency were observed on hourly boundary, which can be controlled with a station of high ramp capability. For the period between November 26, 2018 and May 31, 2019, the 5-minute time block where FRAS was dispatched, it was observed that the frequency remained within the band stipulated by the Indian Electricity Grid Code for 66 per cent of the time. After the implementation of FRAS, the number of frequency excursions above 50 Hz and below 49.7 Hz also reduced. Other benefits realised during the pilot include better ramp management and real-time congestion management.

Further, with greater integration of renewable energy, the role of pumped storage plants (PSPs) is expected to increase in the coming years as they can act as energy reservoirs to balance load. Flexibility of PSPs, that is, fast ramp rates, fast start-up and shutdown, and low cycling costs make them ideal suppliers of regulation and contingency reserve ancillary services. Currently, the installed PSP capacity in the country stands at 4,786 MW across nine PSPs. (However, only six of these projects totalling 3,305 MW are currently working in pumping mode.) Three PSPs aggregating 1,205 MW are under construction – THDC India’s 1,000 MW Tehri PSP in Uttarakhand, TANGEDCO’s 125 MW Kundah Pump Storage Phase I, and the 80 MW Koyna Left Bank by Maharashtra State Power Generation Company Limited. 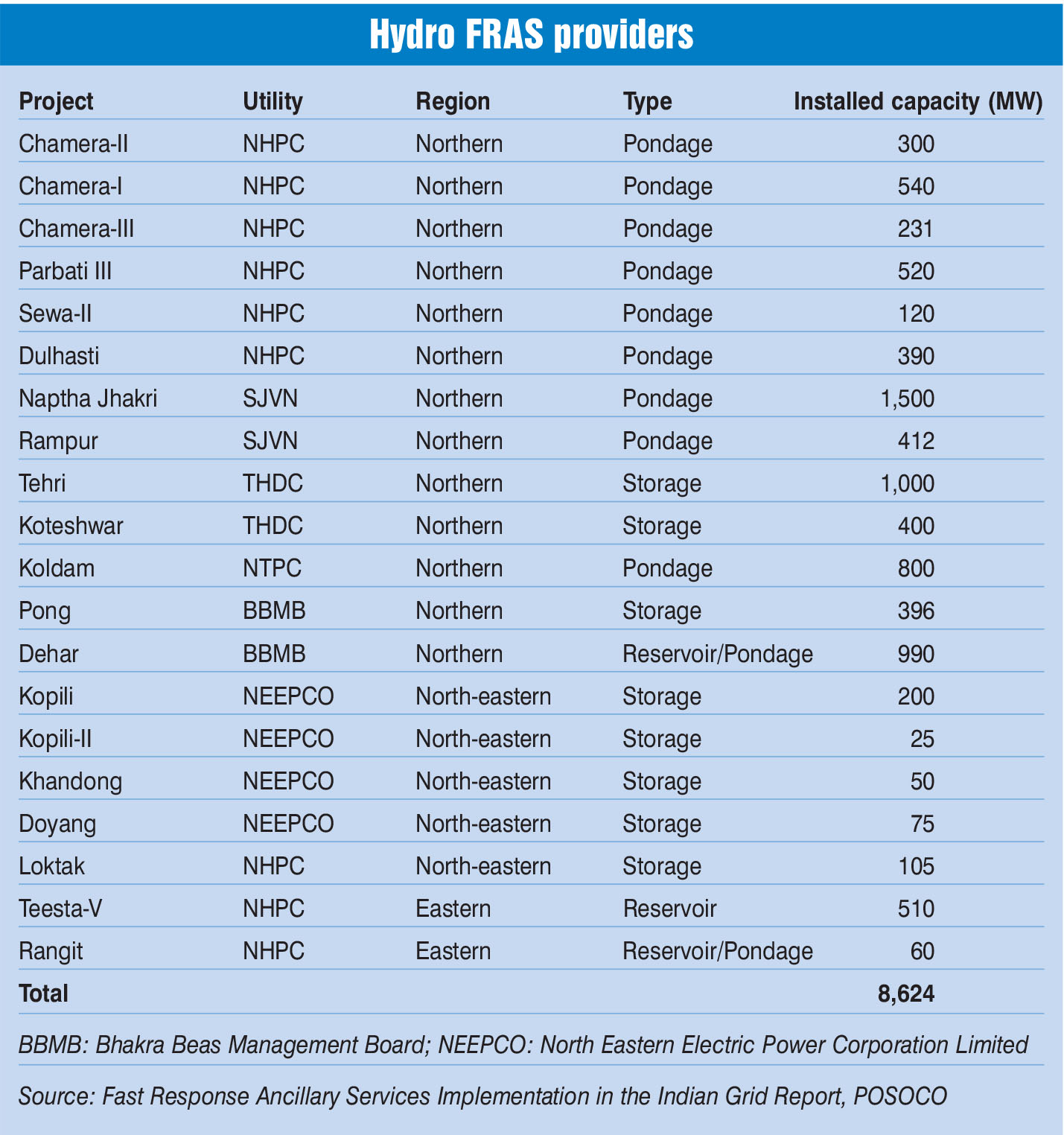 The development of HEPs is more complex and time consuming than that of conventional fossil fuel-based and renewable energy projects. HEPs can take 5-13 years for completion, while coal-based power plants can be set up in four to five years and renewable energy projects may be completed in just a few months. The capital cost of hydropower projects is also significantly higher, which results in higher tariffs in the initial years and power offtake issues.

Further, HEPs face challenges related to land acquisition, environmental and forest approvals, and resettlement and rehabilitation of locals, which result in time and cost overruns. Other issues pertain to provisions such as free supply of power to the host state, absence of long-term power procurement bids by discoms, and lack of skilled engineering, procurement and construction contractors.

Essentially, the entire hydro value chain is fraught with risks, making these projects financially challenging. As a result, private investment in this segment lags behind that in the thermal and renewables segments. The share of private players in the installed hydropower capacity is only 7 per cent vis-à-vis 40 per cent in thermal and 95 per cent in wind and solar. 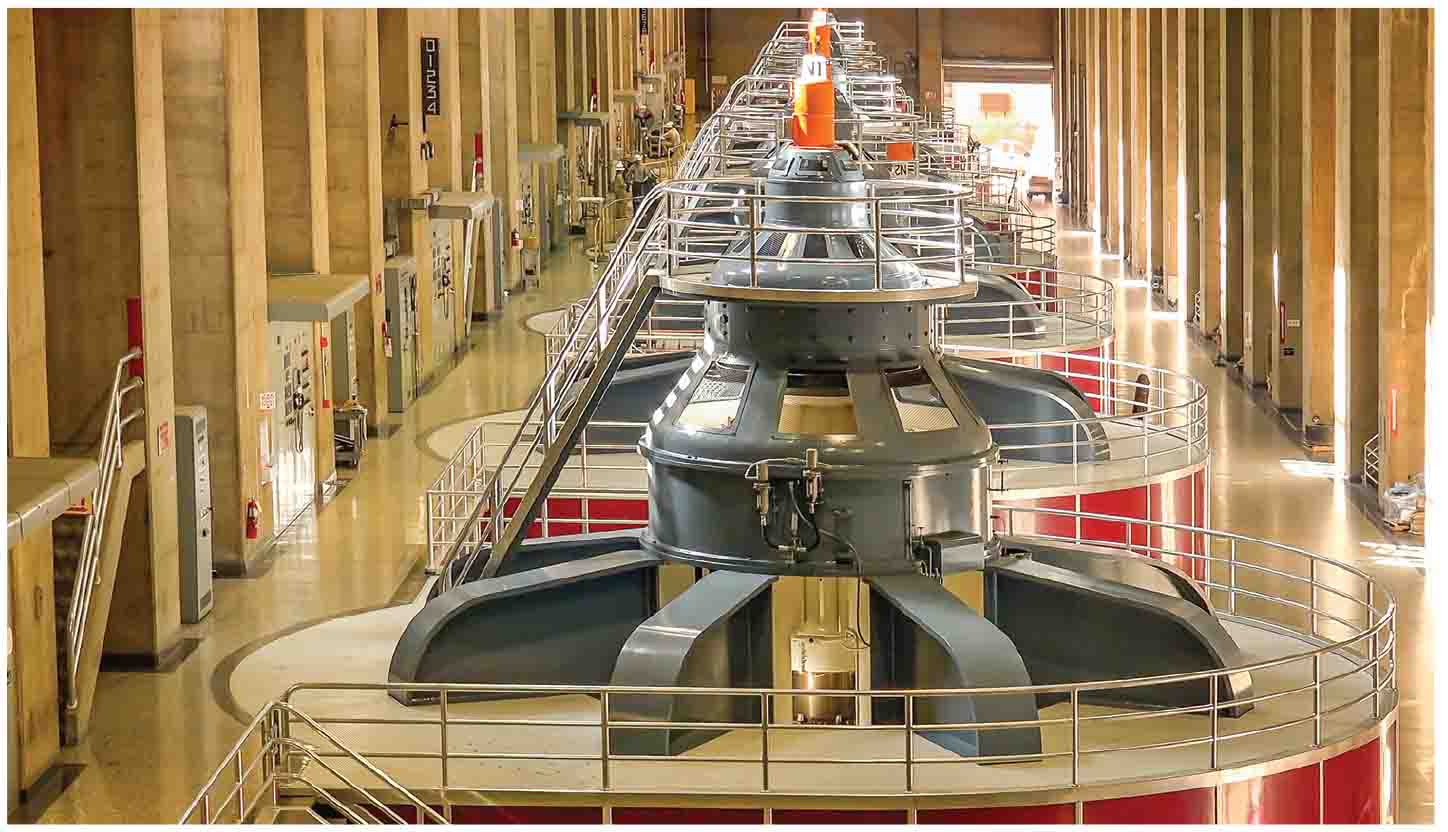 As of June 2019, hydropower projects aggregating 12,034.5 MW are under construction, including 1,205 MW of hydro pumped storage capacity. Of the total capacity, 7,215 MW is being developed by the central sector, 2,337.5 MW by the state sector, and 2,482 MW by the private sector. These projects are expected to be commissioned by 2023-24 (this is subject to restarting of work in stalled projects).

To conclude, the recent measures notified by the government to promote the hydropower segment are positive and may help in reviving certain stalled projects. However, the revival of the overall segment requires concerted efforts involving the participation of the central and state governments as well as local authorities to resolve the issues of under-construction projects on a case-by-case basis. Given HEPs’ significance in providing fast ramping capability and regulation services to meet grid requirements, more concrete steps need to be taken to increase hydro capacity addition.