During the past year, the power sector witnessed significant challenges, particularly structural issues on the distribution side, modest private sector PLFs, and waning investor interest in renewables. Going forward, with the new government’s thrust on the sector, particularly on distribution reforms, the industry outlook could improve. Power Line presents the views of leading consultants on the state of the sector and its future outlook…

What is your assessment of the power sector’s progress during the past 12 months? 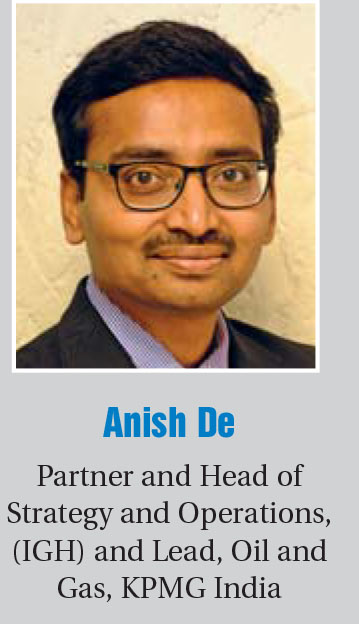 The sector has not really progressed in line with expectations. On the generation side, the stressed assets situation is yet to be resolved. Without getting into who is responsible for it, it can be said that it is not yet resolved. Payments are delayed; the cash flow cycle has jammed up. The renegotiation of PPAs is creating challenges to say the very least. In some states, renewable assets are coming into the stressed category. So on the whole, I don’t think it is healthy progress.

The power sector’s performance over the past one year has been mixed. While the renewables and transmission segments continued to see relatively better performance and investor interest, the thermal power segment (coal and gas) witnessed average to below average performance. The PLFs of private sector plants remained modest at 54.9 per cent in financial year 2019, keeping their servicing capabilities suppressed. Fuel availability issues continued to plague gas-based gencos while grid restrictions resulted in a loss of generation for a large amount of coal-based capacities. On the distribution side, the liquidity available post UDAY waned, which, coupled with below average operational performance by most of the large discoms, led to stretched payable days. As per data on the government’s PRAAPTI portal as on June 30, 2019, against total outstanding discom dues of more than $10 billion to gencos, the overdue debt stood at more than $7 billion, thus clearly indicating an alarming receivables position for gencos. The government is, however, seized of the matter and has asked discoms to back all their power purchases (except from state gencos) with a letter of credit (LC), with the idea of avoiding a further build-up of genco receivables. The availability of bank lines for LCs is itself likely to be a challenge. The liquidation of old dues would, however, still take a substantially long time. 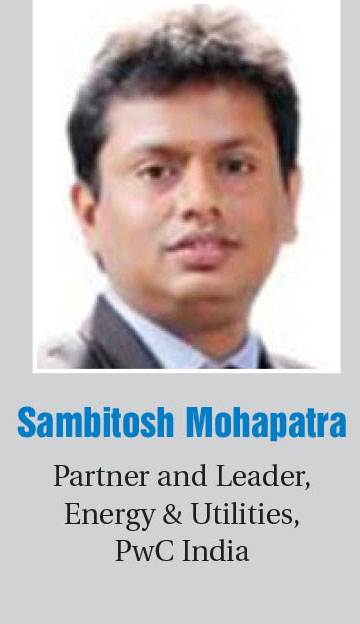 Access to all: Saubhagya ensured that over 26 million willing households have received electricity connections. The scheme, launched in October 2017, achieved 100 per cent household electrification in 25 states by December 2018.

Relieving stress across the value chain: A number of stressed assets have been resolved under the Reserve Bank of India’s (RBI) Resolution of Stressed Assets– Revised Framework, including the Jaypee Group’s Prayagraj (pending some regulatory clearances), GMR Chhattisgarh and SKS Power Generation (outside the corporate insolvency process), and Korba West Power and Lanco Teesta VI (under the insolvency process). Focused steps were taken on the alleviation of stress in the sector by providing solutions and opportunities across the value chain. For projects with PPAs but no fuel supplies, the SHAKTI scheme provided guaranteed coal supply, whereas for projects without PPAs, pilot schemes were launched to procure 4,400 MW of power under short-term arrangements. On the payments’ side, the launch of the PRAAPTI portal helped bring in transparency in power purchase transactions between generators and discoms, and reconciled outstanding payments. Further, the centre instructed discoms to provide LCs to generators as payment security for power purchase for potential delays. The Ministry of Power also issued directions for time-bound determination of change in law impacts on tariff to fast-track resolution.

Fuel supply continues to be a concern, but positive moves in FDI: Coal production increased by 7 per cent to 607 million tonnes in financial year 2019, yet it was unable to meet the demand of the domestic market. The government has announced 100 per cent FDI in the coal sector, which will allow commercial coal mining to increase domestic production and reduce dependency on imported coal. The ministry is now preparing a plan to cut imports of the fuel by at least a third over the next five years, based on the envisaged increase in domestic production and in renewables output.

Renewable growth: With its focus on mainstream renewable energy development, India emerged as the fourth most attractive renewable energy market in the world in 2019. Renewable energy capacity additions grew by 12 per cent to 77 GW in the overall energy mix. The net addition of renewable energy during financial years 2018 and 2019 was more than that in thermal. The government has also provided substantial impetus to other clean forms of energy, for example, hydropower, by providing various policy and regulatory incentives as well as granting large hydro renewable energy status.

Impetus to electric mobility: The government’s focus on electric mobility is helping reduce pollution, achieve energy security (due to lower oil imports) and contribute to power demand growth. To push electric mobility, tenders for 5,500 electric buses and 10,000 electric cars were floated. FAME II was launched with an outlay of Rs 100 billion. In addition, a slew of incentives were provided to make electric vehicles (EVs) attractive for consumers. These include GST reduction from 12 per cent to 5 per cent and an additional income tax reduction of Rs 150,000 on interest paid for EV purchase.

Energy efficiency: With the emergence of models such as super ESCOs, the push for energy efficiency is quite visible. This has helped in scaling up the implementation of energy saving measures in the public sector, strengthening institutional capacity and enhancing access to commercial financing.

What are the top power sector trends to watch in the next one year?

One is how will we resolve the cash flow situation, which caused asset stress in the first place. Two is how our utilities are organised, and whether they are modernising adequately. Third is whether progress is made in the area of competition as a choice for customers with content and carriage separation. So the whole point is that the technology, investments, etc. are all good, but we have to look at fundamental solutions to fundamental problems. Unless we are able to resolve these, there will always be the risk of good money being thrown after bad. With fundamental issues as discussed, specific attention is needed. A lot of issues are at the state level currently and hence, focusing on the states is important. There is also need for a bold vision that recognises the realities and frees up the sector to leverage the opportunities that exist. There are opportunities because, unlike other sectors, electricity has a perpetual demand, which will only grow with time. Unshackling the sector by the government is, therefore, more important than the schemes we are talking about.

With a new government in place at the centre, the sector is expected to see renewed attention. This is not only because power is a crucial component for economic growth and the welfare of the nation but also because a viable power sector is at the core of the competitiveness of our industries. In this regard, we have already seen the first step by the central government to bring discipline among power utilities with the issuance of LC-related guidelines for discoms. Going forward, we expect a slew of measures including policy guidelines to take power sector reforms forward. We expect a revised tariff policy to be in place by the end of financial year 2020. We also expect some kind of government intervention for reviving investor interest in renewables. The continuation of distribution reforms is another area where a lot of activity is anticipated in the coming years.

Value emerging: With over $20 billion invested in the renewable energy space in 2018, investments have surpassed the capital expenditure in the thermal power segment. The country’s need for green energy investments is poised to increase to $80 billion by 2022 and is sure to attract increased FDI.

Wholesale power market development: The government is focused on addressing policy and regulatory issues (with respect to increasing liquidity, supporting the integration of variable renewables and the development of an ancillary market) to ensure that the wholesale market continues to provide efficient and transparent market price signals and support clean technologies penetration.

Continued thrust on battery energy storage: With the increasing penetration of renewable energy, there is a growing focus on the development of battery storage solutions and infrastructure development. This is providing opportunities to domestic and international manufacturers. Over the next year, the focus will be on the availability of 50 GWh of storage capacity. The government is keen to promote domestic manufacturing of batteries. NITI Aayog has developed a roadmap and come out with a tender for expediting domestic manufacturing plans in order to lower the cost of battery storage manufacturing and reduce imports. Other forms of storage solutions, for example pumped hydro, are also expected to gain prominence and support the system operator in managing the penetration of variable renewable energy.

Recasting distribution: The distribution segment will be supported by UDAY 2.0, which will help the states facilitate investments in strengthening the distribution network and implementing IT and OT systems.

Private participation in distribution: States will explore the efficacy of distribution franchise models to enhance customer experience, increase revenues and reduce losses. Odisha is looking at privatising its distribution segment. This will allow international utilities to enter the retail supply business.

Where do you see the power sector in the next five years?

The outlook is difficult to predict because much depends on how things go from here. However, some things have become increasingly clear. First, the power sector will grow in size. Second, the sector is going to become much more renewable heavy. Third, the sector is becoming more efficient with the proliferation of technology. On the efficiency front, we are currently not where we ought to be but there have been some positive trends. What is more challenging is the structural issues that are holding the sector back. Whether the government will bite the bullet is something that we cannot speculate on. A number of fundamental actions have been taken in the regulatory domain. The government has been addressing these issues for the past five years but, we have not seen much action on fundamental, policy, legislative and regulatory matters.

The power sector has been the focal point for successive governments. Earlier, the focus was on promoting private investments for setting up thermal capacity, which was followed by an enhancement in transmission and renewable energy capacity. Over the past five years, the focus of the government has shifted to address the issues in the distribution segment, which is often referred to as the weakest link in the power value chain. Although UDAY was launched in 2015 with much fanfare as a “game changer”, it met with limited success. Having said that, we expect the government’s thrust to the distribution segment to continue in the medium term with the launch of UDAY 2.0 and similar schemes. Phased separation of the carriage and content business is also expected to see the light of day coupled with experiments related to direct benefit transfer in the electricity sector during the next five years. Further, in line with India’s commitment under the Paris Agreement on climate change, we expect a renewed focus on renewable energy, EVs, storage solutions and an ancillary services framework.

Existence of multiple market models: Policy and regulatory frameworks have to evolve for allowing the coexistence of regional supergrids, green command and control, ultra-distributed generation and local energy systems, at reduced economic costs.

Electric vehicles: These would have penetrated the energy ecosystem. There will be enough incentive for consumers to purchase EVs due to a reduction in battery costs.

Storage and innovations in battery technology systems: These will disrupt the energy, home automation, telecommunications and mobility ecosystems.