In a key policy enabler aimed at raising domestic production and reducing the country’s dependence on coal imports, the government, in August this year, announced 100 per cent foreign direct investment (FDI) in coal mining and manufacturing through the automatic route.

Until now, 100 per cent FDI via the automatic route had been allowed in coal and lignite mining for captive consumption by power, steel and cement units. With the August 28, 2019 policy decision, 100 per cent FDI has been allowed in the commercial coal mining sector. This decision is a follow-up to the government’s decision in 2018, allowing the auction of coal-bearing blocks to private parties for commercial mining.

At present, over 90 per cent of the mining is being done by government-owned entities, Coal India Limited (CIL) and Singareni Collieries Company Limited (SCCL). Thus, the latest FDI decision is an important step in advancing the competitiveness of the mining sector and an opportunity for global miners to enter this space, specifically in the area of technology transfer.

India has a significant base of resources, which makes it an attractive place for global mining companies to invest in. With the FDI decision, domestic and global mining firms will be permitted to mine and sell coal. Further, it will offer an additional source of fuel for power producers, some of whom are facing low coal stocks at their plants. For various coal consuming industries, the move will mean lower energy costs. 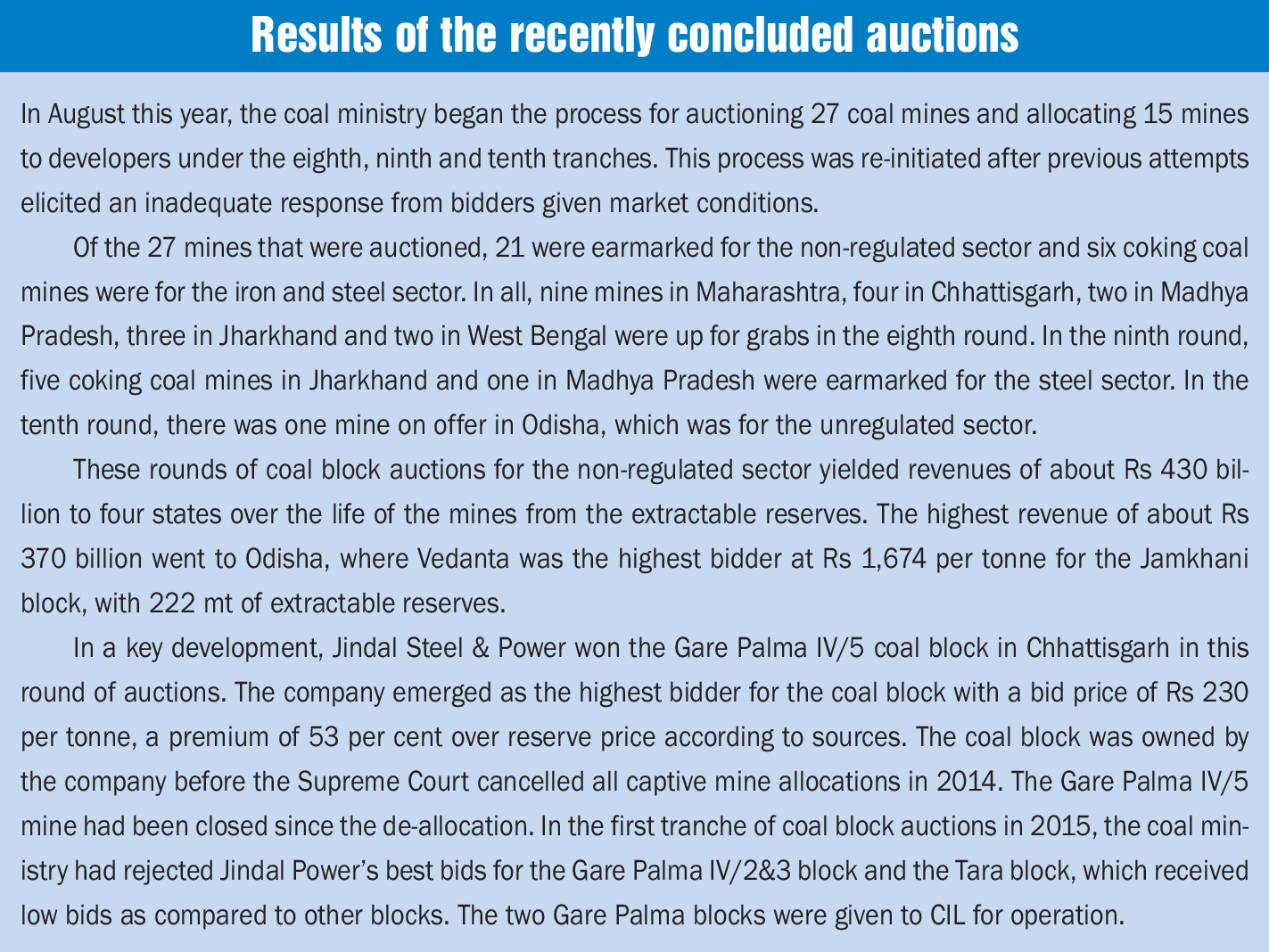 In the coal mining sector, initially 100 per cent FDI was allowed under the automatic route for coal and lignite mining for captive consumption by power, steel and cement units. Further, 100 per cent FDI via the automatic was allowed for setting up coal washeries. The catch, however, was that FDI firms could only sell washed coal to those units that supply raw coal for processing, and could not do so in the open market.

To recall, subsequent to the mass cancellations of coal blocks by the Supreme Court in 2014, the Coal Mines Special Provision Act, 2015 was brought in for the allocation of coal mines through the auction process. The act also provided for the opening up of commercial coal mining to private and public entities.

In February 2018, in a reform move aimed at opening up coal mining for commercial purposes, the central government laid out the methodology for commercial coal mining. Under this, the highest bidder was to be given mining rights and there were no restrictions on end-use.

Since then, the auction of coal blocks for commercial purposes has not taken place. The government is, however, likely to commence auctions for commercial mining by December 2019. Commercial mining auctions could see 15 large coal blocks with an annual production potential of 5-10 mt being put up for bidding in phases. The reserves in five of these mines could be in excess of 500 mt. According to analysts, these blocks could fetch anywhere between Rs 50 billion and Rs 60 billion for the state governments.

Reportedly, the blocks will be offered on a revenue sharing model (based on the amount of revenue the winners agree to share with the government). Earlier, auctions were conducted on a fixed, rupees-per tonne model. To incentivise bidders to begin mining early, up to 20 per cent discount will be offered in the government’s share. Further, to attract global players, the upfront amount to be paid is proposed to be reduced. 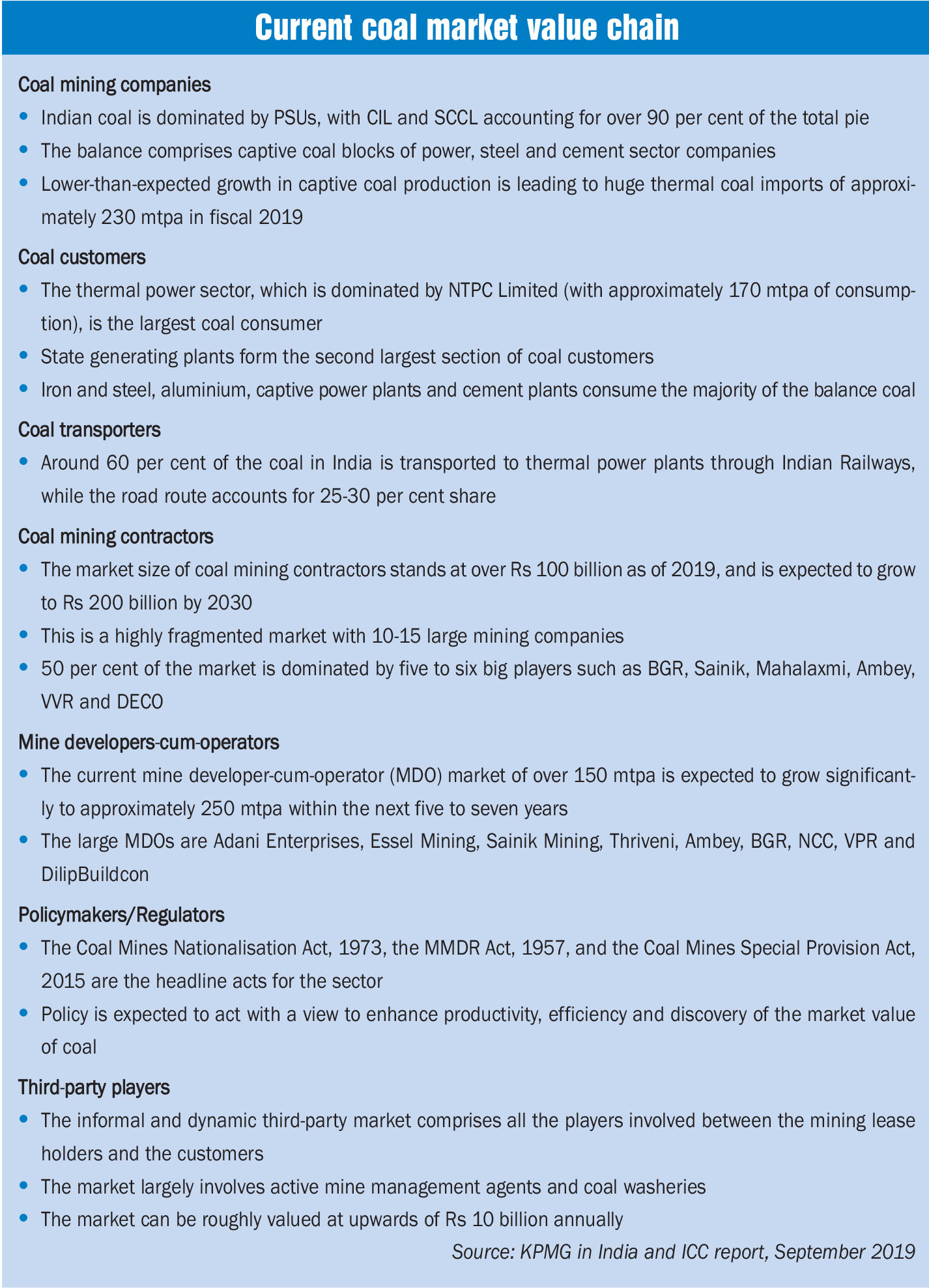 Prospective bidders are likely to face a number of roadblocks when commercial coal mining auctions begin in end-2019, say industry observers, and it would take considerable time before mining operations actually begin.

Land acquisition, environment and forest clearances, shortage of rakes, and approvals from state and local governments, would be the primary challenges for them. In the past, even an established operator such as CIL has suffered huge delays because of the time-consuming processes associated with land acquisition, compensation to land losers, and environment and forest clearances.

Meanwhile, the proposed commercial coal mine auctions need to be examined in light of the recently auctioned coal blocks for end-user plants (earmarked for the unregulated sector), which received a tepid industry response. Due to poor market sentiment, the Ministry of Coal was able to auction only six of the 27 coal mines it intended to bid out in these three rounds. Apart from market sentiment, the location of these blocks was a deterrent for participants since most of them were at a distance from the end-use plants, making investors wary about the considerable logistics and transportation costs.

A larger question is, will there be demand for coal from these mines given that the balance is tilting towards renewable energy and that significant thermal capacity is lying idle?

Liberalising the coal segment has also drawn flak from CIL’s labour unions. Five federations representing over half a million workers of CIL, Singareni Collieries and state-owned coal firms, called for a strike on September 24, 2019, seeking the withdrawal of the central government’s decision. 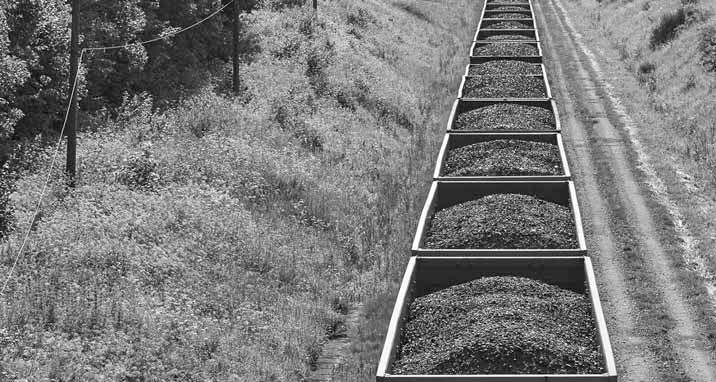 Coal is here to stay, believes the government. Piyush Goyal, minister of railways and commerce and industry, stated at a recent industry event, “All over the world, coal was the primary driver of energy needs, particularly low-cost energy, during the development cycle of different nations. The US, Europe, China, Russia, all have used coal extensively to meet their development abilities. They wouldn’t have reached where they are today had they not used that much coal. Even today, our per capita consumption of coal is probably one-seventh or one-tenth of what it is today in the US.”

On its part, the coal ministry is working with the state governments to streamline the process for prospective mine owners. It is working to digitalise the clearance and approval processes to allow faster project implementation. Moreover, the government is looking to make it easier for prospective owners to achieve production milestones and efficiency parameters.

Net, net, whether these measures, including the relaxation in FDI rules, will be adequate for attracting private miners is something that will be tested when the auction process commences. For now, quick action on auctions, which have been long expected, is the need of the hour.