With the power sector witnessing a series of challenges in the face of changing sector dynamics, the industry is pinning its hopes on the upcoming Union Budget 2020. Industry stakeholders share their expectations from the budget as they look forward to more reforms to spur investments in the sector…

What are your expectations from the Union Budget 2020? What issues need to be addressed on a priority basis? 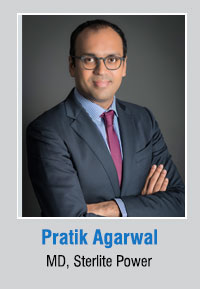 A $5 Trillion economy would mean a GDP per capita of about 3000 dollars. This can only be possible if the industry is fueled with 24X7 uninterrupted power, at a per unit cost that is comparable to that of China. In this budget the focus needs to be on large scale reform in the ailing power distribution sector, with privatization and competition being two key themes of any such reform. In addition to this, pension and insurance money needs to be channeled towards infrastructure assets so that developers can recycle their capital and use it towards creation of greenfield assets. This is much needed impetus in infrastructure financing in India 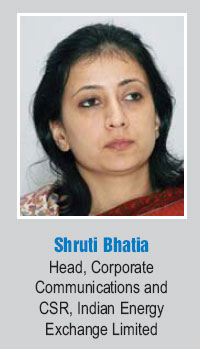 Power exchanges have been playing a transformative role in achieving the government’s 24×7 Power for All programme. Exchanges deliver competitive advantage to all stakeholders through their process of efficient price discovery. In this context, we have some expectations from the Union Budget 2020. The first aspect that deserves attention is implementation of open access in its true sense. The central and state governments should work towards eliminating cross-subsidy surcharge (CSS), additional surcharge (AS) as well as other non-tariff hurdles impeding the open access of electricity. This will bring immense benefits to all kinds of industries and hence should be rolled out at the earliest. Other expectation is to rationalise the policy and regulatory framework to reduce dependence on long-term power purchase contracts and move towards flexible and competitive contracts offered through various market-based mechanisms. This will potentially facilitate sectoral transformation to the highest order of efficiency and viability. These steps would bring significant benefits to the economy – industry as well as end-consumers. Round-the-clock access to competitively priced energy will boost industry profitability, which will manifest in the form of increased investments and job creation. The state electricity regulatory commissions currently levy additional cross subsidy surcharge, additional surcharge as well as other undesirable duties on open access sales in order to subsidise power for a set of customers at the expense of commercial and industrial (C&I) consumers. Additionally, the government should consider facilitating open access to all consumers with a demand of 200 kW and above. This will allow the benefit of competitive price discovered reach a larger section of economy thus transforming the energy sector and enhancing overall economic competitiveness. The open access framework currently applies to consumers having a connected load of 1 MW and above. Yet another issue that deserves attention is regarding increasing the foreign institutional investor (FII)/foreign portfolio investment (FPI) limit for the exchanges from 49 per cent currently to 74 per cent under the automatic route. Power markets in the developed economies account for 30-80 per cent of total power produced. For instance, Germany despatches 50 per cent of its electricity through power markets, the UK 47 per cent, and the Netherlands 40 per cent. European countries have proactively adopted the idea of despatching most of the power generated through the power exchanges in order to accomplish the larger objectives of social welfare, and industrial and economic competitiveness through the market-determined price for electricity. The power market in India is at a nascent stage with exchanges trading only 4 per cent of the total electricity produced. This represents a huge opportunity to scale up the competitive advantage exchanges bring to the fore, other than transparency and reliability. The central government has a target of achieving 500 GW renewable energy capacity by 2030. With the energy mix leaning towards renewables, deepening the power market has become more imperative than ever both from the operational as well as grid balancing perspective. For example, Germany has been successful in integrating large amounts of renewables-based power into its electric grid by scheduling all renewable energy through the power exchange platform. Globally, the power exchanges have come a long way, and have developed enormous experience and expertise in exchange technology innovations, IT applications, analytics, products, services, market practices, processes, and geographical reach, therefore, partnership with them can bring significant benefits. Due to the 5 per cent individual FII ceiling and the 49 per cent overall foreign direct investment ceiling, the power exchanges are unable to attract strategic global players and investors. The enhancement of the 49 per cent ceiling to 74 per cent will act as an enabler for global leaders to invest in the Indian power exchanges. They will play the role of investors and partners to allow the power exchanges to take a leap towards growth and expansion. Such an enhancement will bring in numerous benefits for the power sector, ultimately benefiting consumers. 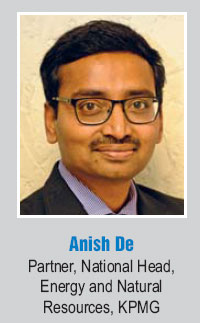 The Indian economy is currently at a very sensitive stage and this, in turn, is affecting the electricity sector. Poor electricity demand from the industrial sector is expected to impact discom finances as well. Hence it is important to push industrial demand through the right set of incentives. This would restart the investment cycle and eventually lead to higher electricity offtake. For the power sector, the only fiscal challenge pertains to the clean energy cess, which gets diverted for other purposes if the costs of power are taken into account. Further, it would be important to deal with some of the issues in the distribution sector through the introduction of competition and transparency, and send out positive signals through the budget for the opening up of the sector. In line with the current thinking of the central government on increasing private sector participation, it would be worth providing incentives for franchising and privatisation in order to accelerate technology deployment, improve customer service and reduce losses. This could be in terms of capex. I also think it is important to incentivise research and development in renewables and storage technologies to create patented technologies, which may be considered for tax breaks.

The industry expects some clarity on the goods and services tax for solar projects. There should be an incentive for developing next-generation solar panel manufacturing technology in India as well as for investing in storage and hybrid projects. We must leverage the technological edge that India can provide to neighbouring countries such as Bhutan. These hybrid projects can support grid stability and act like pumped storage plants. Further, policy initiatives are required so that payments against the renewable power supplied to state distribution companies can be secured as per timelines specified in the agreement. In my view, renewables, much like IT, will bring in the next employment boom in the country only if the government provides incentives through policies. We expect the budget to give an impetus to funding and investment, and incentivise technology for manufacturing and proliferation of renewables.

Sambitosh Mohapatra
My expectations from the budget are: 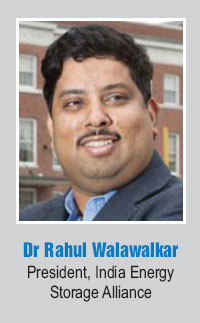