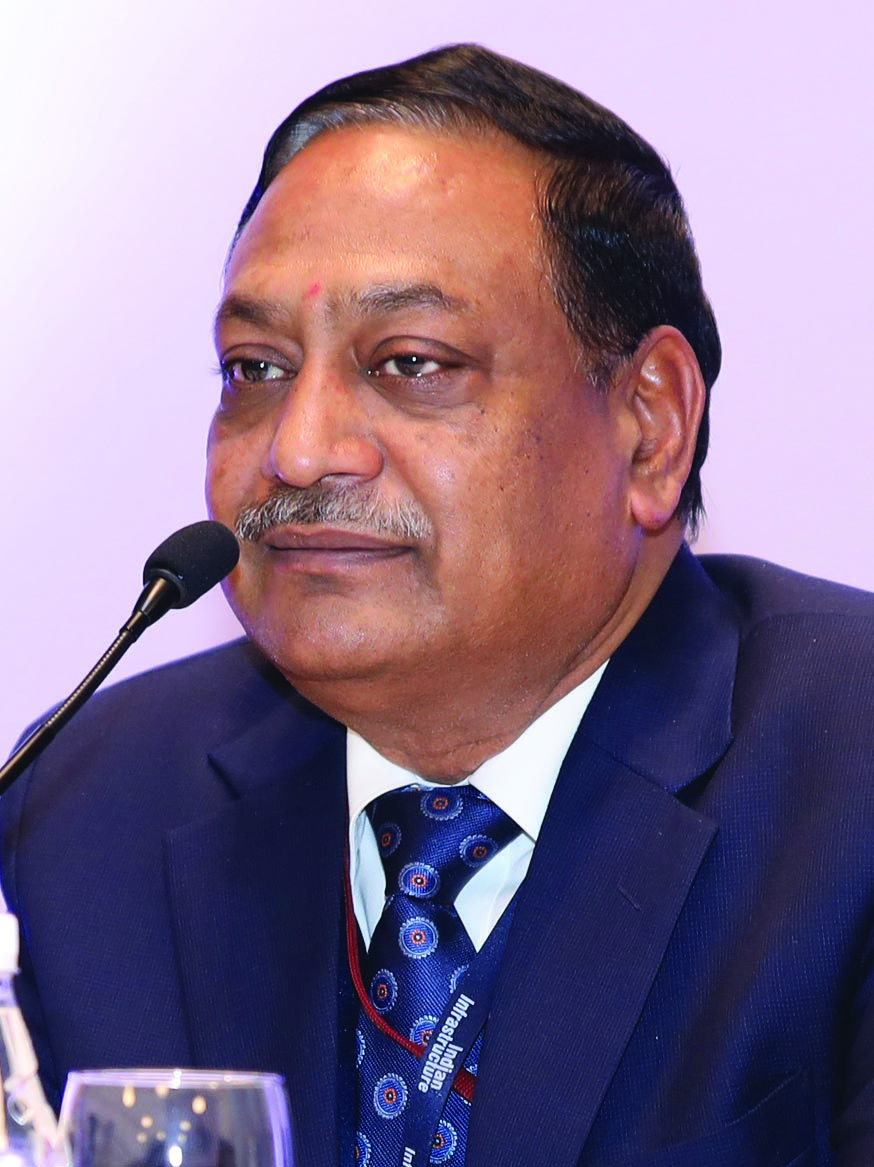 The various policy initiatives announced by the Ministry of Power for the hydropower sector in March 2019, including renewable energy status for hydro projects and financial aid for developing supporting infrastructure, are expected to provide a fillip to hydropower development in the country. Besides, with the growing renewable energy capacity, there is a need to enhance hydropower for grid balancing purposes. NHPC Limited, the country’s largest hydropower developer, has been tapping India’s vast hydro potential and currently has around 5 GW of capacity under construction, with key projects such as Subansiri Lower and Parabati II HEPs lined up for commissioning over the next five years. Another 7 GW of projects are awaiting various clearances. At a recent Power Line conference, Ratish Kumar, chairman and managing director, NHPC, shared his views on the state of the hydropower sector in the country as well as NHPC’s future plans. Excerpts…

Energy is a key resource for meeting the growth aspiration of a society and the per capita electricity consumption is an indicator of the economy and the social development of society. India’s installed hydropower capacity has grown at a rapid pace since 1997 and has reached 367 GW. There is a perceptible shift towards clean and green power with an increased environmental consciousness. The government has made a huge commitment to use sustainable non-fossil fuel-based electricity and to achieve 40 per cent of the cumulative installed capacity from non-fossil fuel-based energy resources by 2030.

Historically, hydropower has played a key role in the industrialisation of our country. However, in the latter part of the century, thermal power capacity accelerated to cater to the growing need for electricity in the country. Today, thermal power contributes to around two-thirds of the country’s installed capacity and the share of hydro has come down to only 12.36 per cent. We are blessed with enormous economically exploitable and viable hydropower potential, yet more than 60 per cent of it remains untapped. Civil society has many misconceptions about dams in general, and consequently, about hydropower. Further, owing to other reasons such as local, administrative,and  geological surprises, hydropower has taken a backseat.

Under the new policy, it has declared renewable energy status for all hydropower plants irrespective of the megawatts. The hydro purchase obligation, as a separate entity within the non-solar renewable purchase obligation, is another good step taken by the government. Tariff rationalisation measures have been brought in, which have helped in reducing the hydro tariff. Budgetary support for funding the flood moderation component of hydropower projects on a case-by-case basis is another good initiative. I am happy to share that around Rs 50 billion has been approved by the government for flood moderation for one of our major projects, the 2,880 MW Dibang project in Arunachal Pradesh. This has brought the project into the viability range. Another landmark decision is on funding the cost of enabling infrastructure. This has helped in bringing the tariff into the viability range for some of the projects.

To achieve the renewable energy targets, there is going to be a greater need for grid balancing. Hydro and gas-based power stations are required for providing balancing power to cater to the variability and uncertainties associated with renewable energy resources. Considering that gas availability is an issue, the need for capacity addition in hydropower is all the more important. The projected renewable energy capacity by 2032 is 355 GW. Therefore, the balancing requirement of the grid will be 120 GW. Even in 2022, we must have a grid balancing power no less than 60 GW. Of this, the majority has to be met through hydro and technological advancements in grid management.

However, hydropower development has several issues. There are environmental issues like time-consuming processes of obtaining forest, wildlife and environment clearances, and delays in public hearings. Geological uncertainties, natural calamities, limited competent contracting agencies and shortage of trained manpower are some technical issues. On the infrastructural and administrative front, the key issues pertain to land acquisition, law and order and site inaccessibility, among others.

Financial issues include high capital costs, long gestation period, non-availability of long tenure loans at low interest rate, lack of equity infusion due to low returns, water cess/green energy cess imposed by states and upfront charges. Pumped storage is an area where we are really lacking. Only 4,700 MW could be tapped so far, out of the 95,000-96,000 MW potential that we have in the country.

NHPC has 24 power stations, of which 22 are hydro, one is wind (50 MW), one is solar (50 MW), with a combined capacity of 7,071 MW (including projects in the joint venture mode). NHPC has recently commissioned the Kishanganga project. The project is located in a snowbound area, which is impacted by frequent incidents of avalanches during winters. We have worked for five to six years on this dam where temperatures are minus 30 degrees. This is a classic example in the hydro sector of the difficulties faced in the development of hydropower.

Further, 4,924 MW of capacity is under active construction, including the 2,000 MW Subansiri Lower project, the 800 MW Parbati II, the 1,000 MW Pakal Dul project as a joint venture in Jammu & Kashmir and the 624 MW Kiru project in Jammu & Kashmir. We target to commission this under-construction capacity in less than five years. Notably, the Subansiri hydroelectric project is the biggest project undertaken by NHPC so far. Once implemented, the project will be a gateway for harnessing hydropower in Arunachal Pradesh, which has a hydropower potential of over 50,000 MW. All the contractual issues associated with the project have been sorted out, and work on the project has commenced from October 15, 2019. We have set monthly targets to monitor the progress of the project, which is scheduled to be completed by 2023.

Apart from this, we have 7,401 MW of capacity across 10 projects under clearances. A major project that is expected to start in the next year would be the 2,880 MW Dibang project in Arunachal Pradesh. There are two projects that we have under survey and investigation – the 449 MW Dugar project in Himachal Pradesh and the 630 MW Garba Tawaghat project in Uttarakhand. 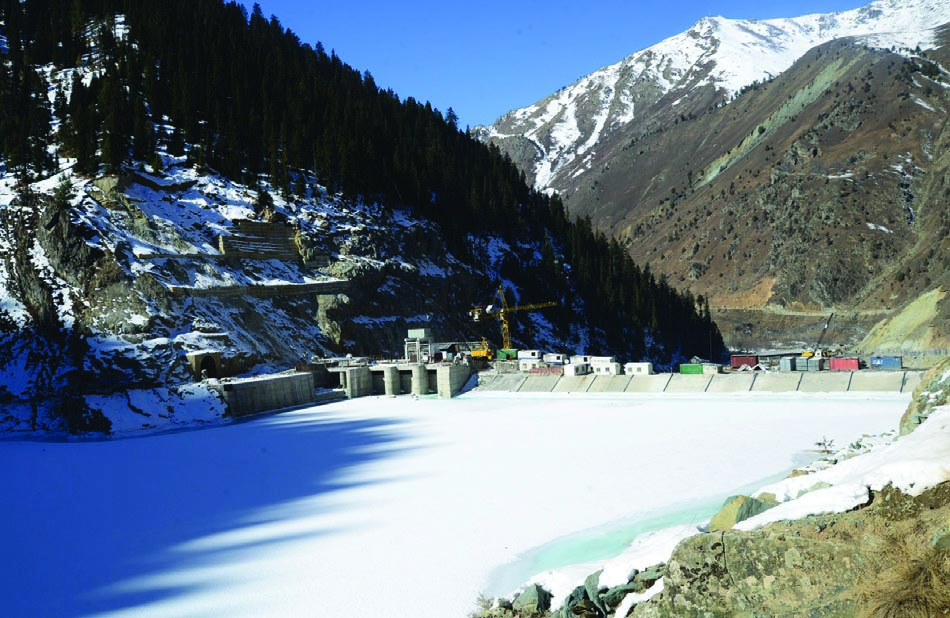 Many of the issues, if not all, in the hydropower sector have been adequately addressed and I do not think there is much missing at the policy level. The government has made the best efforts to open the doors for us. This will help in optimising the project cost and give a sustainable levellised tariff.

On the way forward for the sector, simplified procedures for land acquisition, and rehabilitation and resettlement are the key issues that still remain to be addressed. Also, the intervention of the central government will be needed for the resolution of interstate issues. There is a need to have low-cost institutional credit for the hydro sector. Further, we have to develop trained and skilled manpower for the development of this sector.

There is a need to focus on hydropower as it generates the least amount of greenhouse gases. It is also the most responsive to varying energy demands, thus providing grid stability. Hydropower, moreover, provides spinning reserves. It is also important for water security, flood moderation and the development of remote areas, especially in the Northeast.

Also, hydel plants not only generate power but also create direct and indirect employment opportunities. Hydropower development is labour intensive. With an average construction period of six years, hydro projects create considerable job opportunities. Moreover, during project construction, the workforce is trained in the necessary skills. The power minister has proactively supported the cause of hydro development for the past one year and has spoken about the need for hydropower development at many conferences. With the government’s initiatives to develop hydropower, we can make hydro a platform for the majority of future capacity additions. N