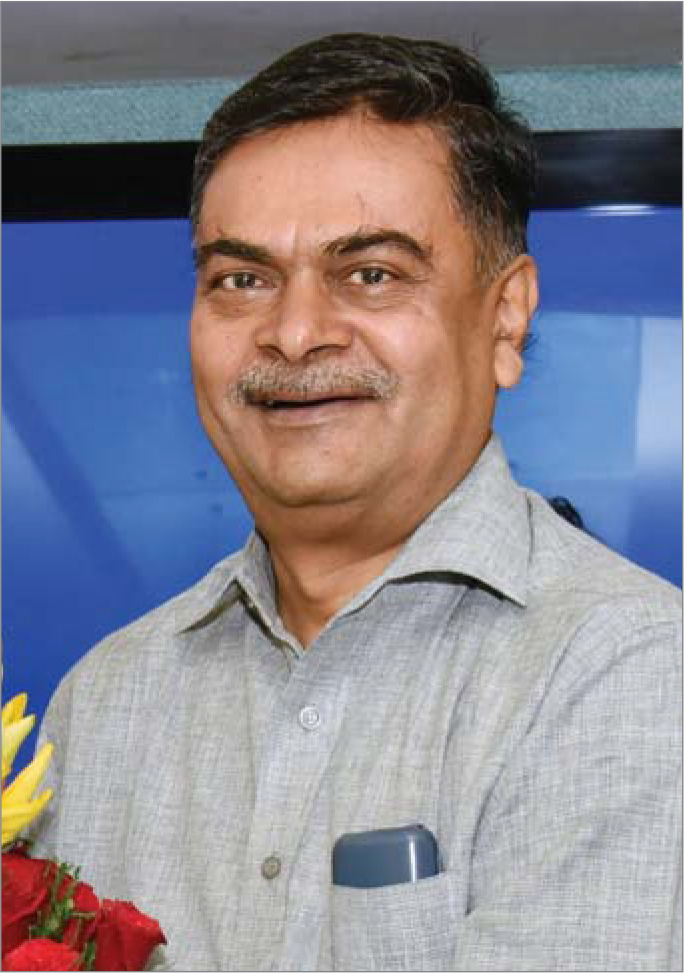 The next big challenge for the Indian power sector will be to manage the huge integration of renewables with the grid, believes R.K. Singh, minister of state (independent charge), Ministry of Power. Speaking at recent industry events, Singh talked about the state of the power sector, the initiatives being implemented to prepare the grid for increasing renewable uptake and plans for improving discom viability, among other things. Excerpts…

India is in the midst of a huge energy transition. The easier part of the transition has already taken place, that is, connecting every village and giving electricity access to every household. Work on this began six years ago when the present government was voted to power and it was decided that we will no longer be a power-deficit country. In the past four to five years, we have added about 125,000 MW of generation capacity, taking our cumulative capacity to 368 GW, which is double the peak demand. The physical part of the transition has been accomplished and the entire country is connected to one unified grid with one frequency, the last part being the connection of Leh and Kargil with the national grid.

The challenge now is to reduce our carbon footprint. We have to transition to a system with lower emissions. In 2015, the government decided to add 175 GW of renewable energy by 2022. Under the COP21, India pledged a target of bringing down emissions to 33 per cent from the 2005 levels by 2030 and generating 40 per cent of the country’s power through renewable sources of energy. We are close to achieving both these targets. We have established a renewable energy capacity of 86 GW. If we include hydropower (of almost 46 GW), this capacity reaches 132 GW. Adding another 48 GW of under-construction capacity brings the total renewable energy capacity to about 180 GW. Hence, we are already above the 40 per cent target. However, we are still not satisfied with this achievement. The prime minister has stated that we want to achieve 450 GW of renewable energy capacity. We expect that by 2030, 50-55 per cent of our capacity will come from renewables, which is impressive.

We also have a huge rooftop solar potential, which is being tapped. To provide better power supply to farmers for irrigation, we have launched the KisanUrjaSurakshaevamUtthaanMahabhiyan (KUSUM) scheme. In the first phase of this scheme, the government has a target of installing 2.75 million solar pumps over the next two to three years.

The huge renewable energy additions will exert a significant load on the grid and the system needs to be strengthened. To this end, the government has already developed renewable energy management centres for smooth grid operations. We are also developing green energy corridors. For balancing the grid, there is also a need for solar and ancillary services. Otherwise, balancing the grid might become difficult.

We will also have to develop hydropower capacity reserves. The CERC has circulated a paper on ancillary services. For ancillary services, balance is required and for balance there is need for instantaneous solar batteries and pumped hydro. At the same time, thermal power plants are being flexibilised and the flexibilisation rate has gone down from 55 per cent to 50 per cent. In the future, there have to be systems where consumers should be able to demand and get only green power.

Also, if renewables are coming into the grid, then there have to be smart renewable management systems. Smart consumption management will be required, for which a time-of-day tariff system will have to be developed. The entire paradigm of power distribution in India is going to shift and a stark culture change needs to be brought in by the distribution and transmission utilities. For this, the discoms will require a diligent IT cadre and not just electrical engineers. Under the R-APDRP, we undertook the installation of SCADA systems in the distribution system. However, not more than 40 per cent SCADA installations are successful as they have not yet been internalised and the operations are still being carried out not by vendors, and not discoms. However, to see more successful SCADA installations in the near future, the role of digital utilities will increase.

Moving forward, the country will need market systems where people can demand and get only green power. Moreover, the government is currently working on a charter of rights for prosumers. Along with the physical changes, the country requires a culture change, especially amongst discoms. For better billing, the government is moving to smart prepaid meters. These meters are essential to cater to all consumers and to allow them the freedom to purchase electricity according to their payment capacity without the fear of disconnection due to non-payment of dues.

Another challenge with adding renewables is for discoms that have already signed contracts for capacities. They will now have to sign additional contracts for renewable energy. This is challenging as they still have to incur a fixed cost for the capacity that was already engaged. We are currently working on strengthening the RPO mechanism.

Another challenge is land availability. State governments have realised that even desert land in Rajasthan or arid land in Gujarat is valuable. So, land prices have been hiked. There has also been one case in Andhra Pradesh where a contract was sought to be reopened. We have made it clear to the state governments that contracts are sacrosanct and if need be, we will enforce it with whatever means we have at our command, including stoppage of credit.

In the past four to five years, aggregate AT&C losses came down to 22 per cent in 2017-18 and 18 per cent in 2018-19. There are, however, still some discoms that have huge losses. Some of these are in the Northeast and hill states. Apart from these, certain discoms in Uttar Pradesh, Bihar, Jharkhand, Telangana and Tamil Nadu continue to report high losses. Unless we solve the loss problem, we cannot have a viable distribution system. The reasons for losses are many including inefficiencies in metering, billing and collection. Now that we have connected another 26.4 million consumers, manual reading and bill printing is nearly impossible. We have thus been pushing for smart prepaid meters. With this, collection costs will come down and legal disconnection can also be done away with. Electricity theft can also be controlled using smart prepaid meters. The state government departments are lagging in the payment of power dues (of almost Rs 400 billion) as well as in the payment of subsidies.

Under UDAY, an exercise was undertaken for working out the trajectory for loss reduction. The scheme worked, but not to the extent we expected. Under the new scheme we are planning to introduce, we will add incentives and disincentives. We will give you the assistance and loans required for projects whether it is aerial bunched cables, or high voltage distribution systems in loss-prone areas, or connectivity strengthening for 24×7 power supply. However, to receive the assistance, the states will need to adhere to the loss reduction trajectory and if they do not, there will be no loans or grants. Hopefully, this will bring down losses to 15 per cent or even lower to 12 per cent.

This will again spur the demand for power. In the recent past, the demand in the power sector has grown at a CAGR of 6.2 per cent since 2014-15. In February 2020, the demand grew at over 10 per cent as 26.2 million new consumers were added. If we solve the land problem and the discom problem, the power sector in the country will grow manyfold.

The energy transition in India is happening in tandem with the rest of the world and India is moving at a pace similar to that of developed countries. Our intent is to electrify the economy, that is, switch more sectors like mobility and cooking from fossil fuels to electricity from an energy economy standpoint. An important step towards this is that we have imposed caps for EV charging tariffs. The other intent is to provide an impetus to renewable energy. The government’s mission is to modernise the last few elements of the power sector, reorient, reorganise and retrain the discoms and transcos. While this is a considerable challenge, the government is ready for it. And wherever there will be demand, technology will come. The power sector will continue to be one of the fastest growing sectors in the country.