India has made significant progress in achieving electrification, ensuring surplus power and providing energy access to households under Saubhagya. Now, improving power quality (PQ) is the next policy priority for the country.

“History was created by connecting 26.6 million consumers with electricity in a record time of 16 months. The power sector has been able to provide electricity access to all. The next target would be to ensure 24×7 quality power for all,” stated power minister R.K. Singh at the tenth Conference of Power and Renewable Energy Ministers of States & Union Territories held last year in Gujarat.

However, in the rush to achieve the household and village electrification milestones, the quality of supply has been largely ignored. In the World Bank’s Global Competitiveness Report 2019, India ranked 108th amongst 141 countries on the reliability of electricity supply parameter, several notches lower than its 2018 ranking of 80th (amongst 137 economies), in the previous edition of the report in 2018.

Adding to the challenge are the cash-strapped distribution companies that manage power supply. They have no financial incentive to supply to the rural poor. Therefore, while physical connections have been added, the quality of power supply remains a concern. According to the power ministry’s recent data, only eight states receive 24 hours of power supply. For rural areas, the supply ranges from 14 hours to 24 hours a day.

Why is PQ important?

While there is limited data on the impact of power supply quality, a national-level estimate compiled by Power Grid Corporation of India Limited in its Swachh Power Report indicates that Rs 54 billion worth of energy remained unserved due to poor power factor, resulting in transmission constraints. Similarly, a FICCI report indicated an industry loss of Rs 2,650 billion owing to poor PQ.

According to ManasKundu, national coordinator, Asia Power Quality Institute, the lack of awareness about what defines quality in power is a key concern. “Poor PQ often demonstrates as a distribution network-wide challenge. In India, efforts to improve PQ have so far been made only in parts, addressing a limited range of problems. The lack of a unified effort to improve PQ has meant that our facilities significantly lag in delivering quality power as compared to other countries. Improving PQ requires a concerted effort at every level in shaping the electrical network – design, procurement, workmanship, maintenance and monitoring.”

Going forward, as the sector prepares for emerging trends such as greater renewable energy injection and EV adoption, PQ could be further impacted. For example, a bulk EV charging system may dip local grid voltages in fast charging mode. This can cause underperformance or even failure of other electrical equipment in the same network. Similarly, a growing number of rooftop solar prosumers that have solar inverters synchronised with the distribution grid could go into sleep mode if voltage regulation is poor. 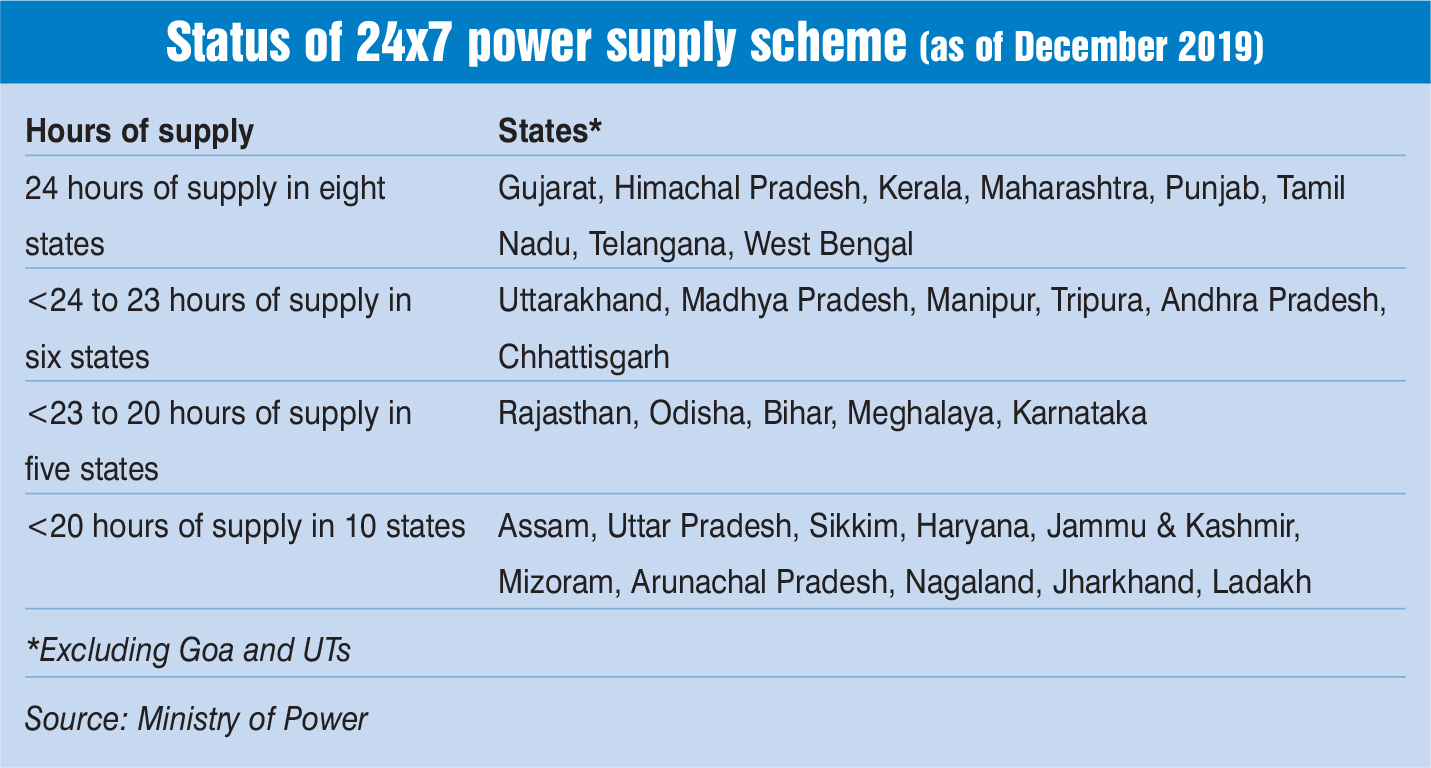 Apart from this, industry experts believe that true PQ improvement requires investments in PQ monitoring and technology assessment as well as strict enforcement of standards. For instance, a domestic appliance or a white good must meet quality standards (often known as electromagnetic immunity) to prevent users from polluting the upstream electricity distribution system.

Also, many industries are running inefficient motors, or heavy machines and induction motors. These could create a lot of grid disturbances and shocks such as overvoltages or undervoltages even for a few seconds. Even in individual houses, a water pumping motor can cause voltage fluctuations.

Hence, domestic users must be supported by stringent product standards issued by a national standards body such as the Bureau of Indian Standards (BIS). This requires building awareness amongst users. The traditional approach adopted by consumers needs to change. They should look at PQ investment not from an RoI perspective but from a risk management perspective.

Discoms have to ensure that they supply power that is both clean and complies with quality standards (like defined voltage level) as mandated under the Electricity Act. Capital investment in the distribution network is required to deliver quality power. One regulatory intervention that can really help is enforcing the dictum, “you cannot manage what you cannot measure” through the multi-year tariff regime. 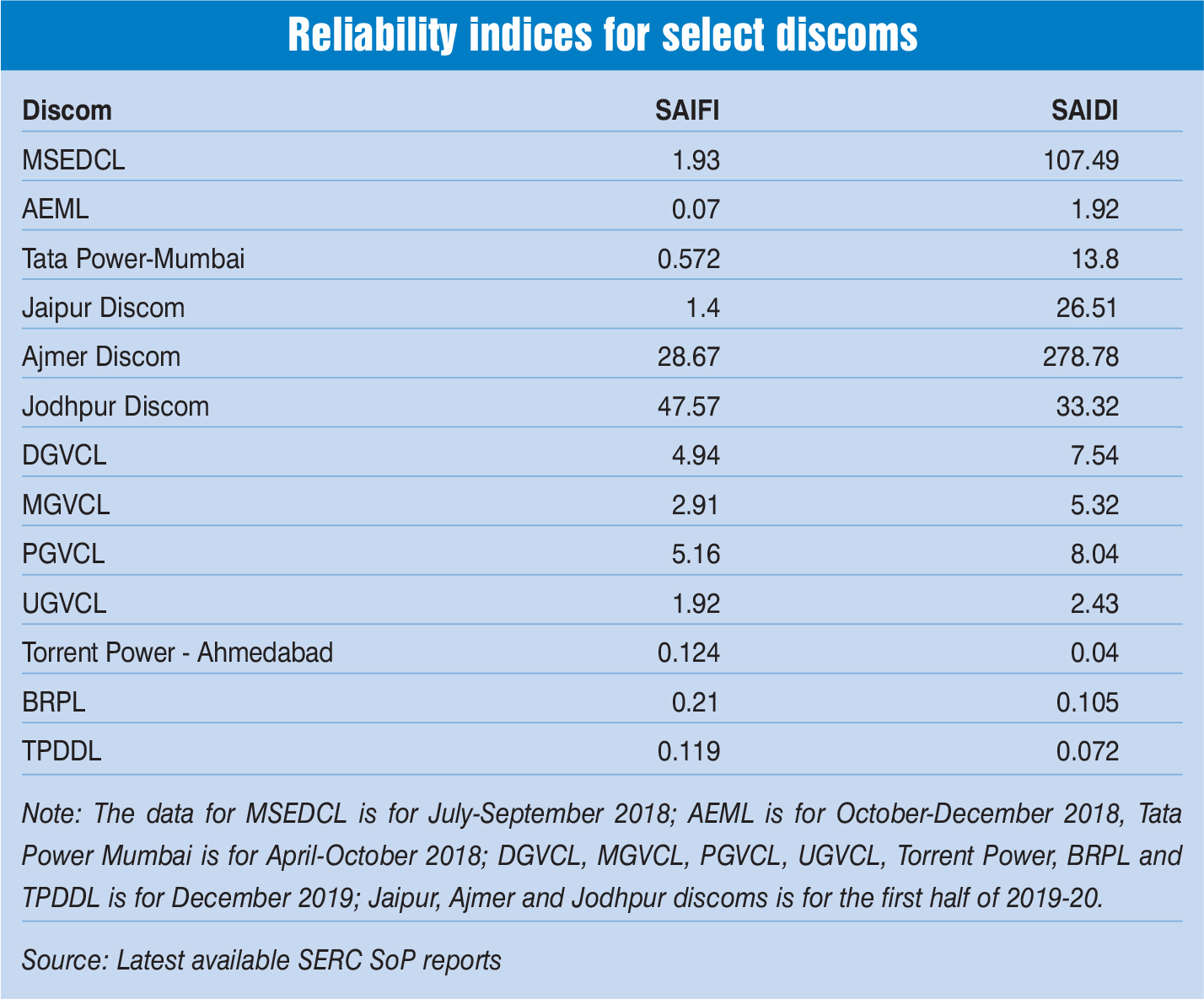 A modest beginning in addressing the PQ issue was made with the issuance of a comprehensive white paper on PQ by the Forum of Regulators (FoR), highlighting the model regulations that states should follow to improve PQ. The model regulations include PQ indices, roles and responsibilities of various entities, the standards/ limits to be followed, the incentive/disincentive mechanism to be deployed and the procedure for monitoring, managing and controlling all aspects of PQ. Along with these regulations, PQ standards have been prescribed under the Technical Standards for Grid Connectivity issued by the Central Electricity Authority (CEA).

Further, in 2018, certain amendments to the draft Tariff Policy were introduced with a focus on quality and reliable supply. These included:

Meanwhile, under the ongoing Integrated Power Development Scheme (IPDS), which is one of the biggest ongoing initiatives for distribution infrastructure strengthening, the Ministry of Power has sanctioned projects worth Rs 2.08 billion for the implementation of real-time data acquisition systems (RT-DAS) in 20 states for accurate capturing of power quality reliability parameters (SAIDI/ SAIFI) at 11 kV levels on a near-real-time basis. 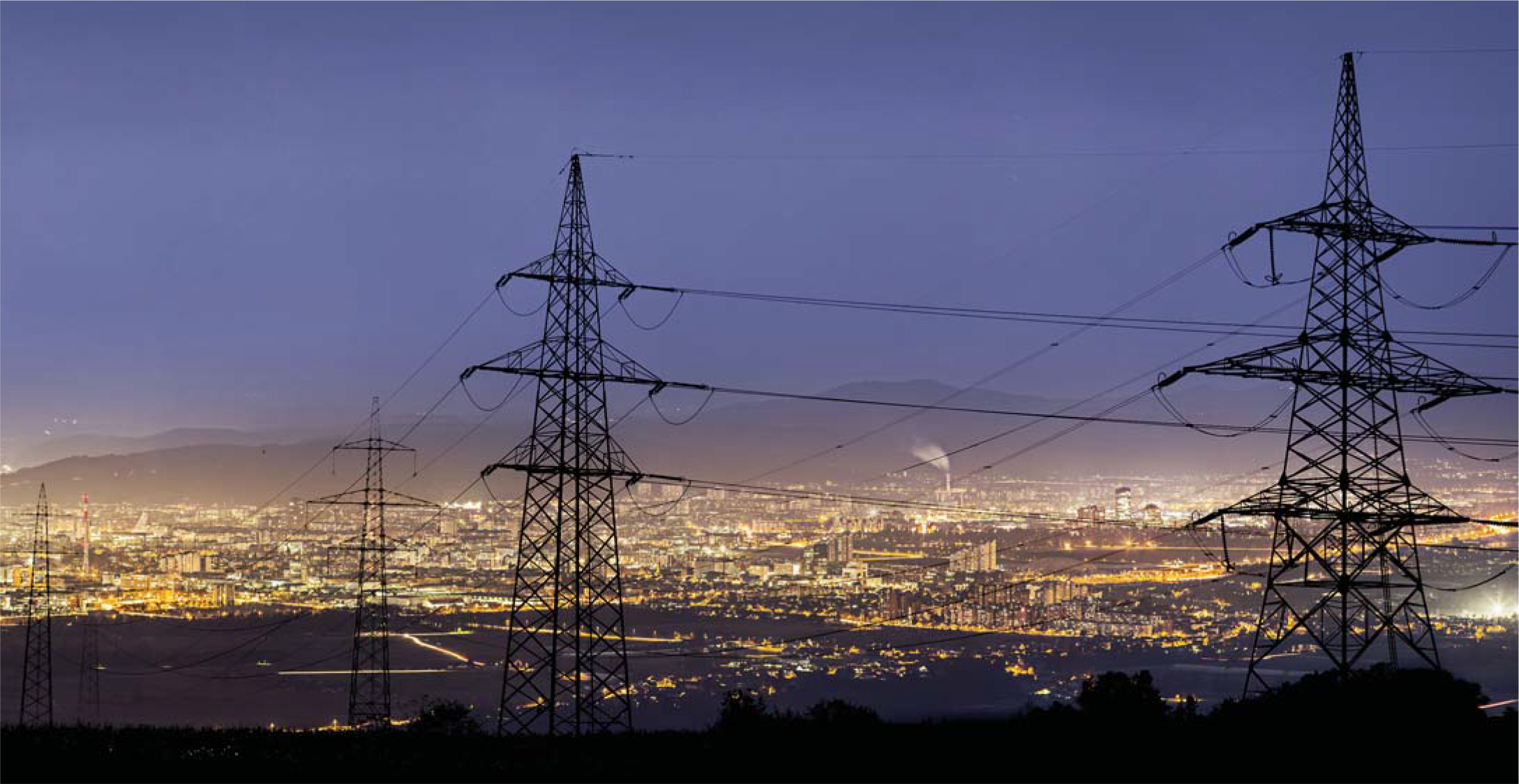 Some states have included select provisions under the model regulations in their state budgets and this means penalties can be imposed under law. However, determining these penalties is a challenge. For example, total harmonic distortion is something that smart meters cannot measure. This will require PQ analysers or IoT sensors and hence, communications infrastructure and dashboards. Also, penalties vary from state to state and are quite low.

That said, as the states work towards adopting the model regulations and prescribed guidelines, the sector can expect an expanded definition of PQ indices, clarity on the roles and responsibilities of various entities, update of standards/ limits to follow, and a new incentive/disincentive framework along with a detailed procedure to monitor/assess PQ in the next few years.

“The challenge for discoms is to establish the required framework for the adoption of model power quality regulations for electricity supply, as per the recommendations of the Forum of Regulators. The model PQ regulations talk about IEEE/ IEC standards of acceptable power supply in distribution, with regard to voltage, current and THD levels. Discoms would need to implement innovative technologies such as internet of things (IoT), big data, artificial intelligence and cloud computing for accurate measurement, monitoring and control of PQ parameters, with central government assistance through schemes such as the IPDS,” explains JayantSinha, vice president (power), Spectrum Infra Ventures.

Net, net, the power ecosystem will be only as good as the weakest link. Delivering quality power is a challenge, but it will be an essential requirement as policymakers strive to achieve other energy goals.