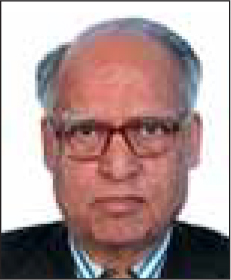 The much-awaited draft of the Electricity Act amendments has at last been released, inviting comments from leading stakeholders. Curiously, the Ministry of Power has not thrown open the draft for public comments. The ministry needs to be profusely congratulated for this very bold and imaginative initiative although one wishes that it had swung into action much earlier when certain glaring distortions were emerging in the implementation of the Electricity Act.

The power sector is one of the key components of national infrastructure. If many of the assumptions in the Electricity Act, 2003 are being distorted, our legislative response needs to be fast-tracked. If need be, the government could think of issuing an ordinance since Parliament is not in session.

One of the landmark proposals is the constitution of a national-level selection committee for the selection of chairpersons/members of the APTEL and state electricity regulatory commissions, among others. Consequently, the state-level committees for the selection of chairpersons and members of the state commissions under Section 85 of the act would be dispensed with. This is a very courageous and highly desirable step. For greater transparency and wider talent, the committee should invite applications through public advertisement for the posts of members. No such applications should be invited for the post of chairpersons.

During the initial period of the enactment of the Electricity Act, 2003, former chief secretaries of the concerned states were appointed as chairpersons in most state commissions. As a result, the state commissions acquired high stature and authority, which was necessary during the transition period.

APTEL has all along maintained its undoubted independence, but for an overwhelming majority of parties, paying a fee of more than Rs 100,000 per appeal besides the heavy cost of engaging advocates in Delhi is rather prohibitive. Consequently, blatantly illegal and unsustainable orders passed by the commissions attained finality without any challenge through an appeal. Still, APTEL is flooded with appeals because such unjust and unfair orders are widely challenged at least by the parties that can afford the high expenses. If the state commissions acquire a judicial temperament and maintain their independence, then perhaps the number of appeals before APTEL would drastically come down.

To deal with this pernicious problem, the draft proposes the creation of a new institution, the Electricity Contract Enforcement Authority. This is a very innovative approach of the power ministry for handling disputes regarding contracts and PPAs. Such disputes will no longer be dealt with by the state commissions. In the normal course, any legislation is prospective. Hence, existing contractual disputes would have continued for long with the state commissions and only fresh disputes could be raised before the newly created authority, but now a clause has been introduced indicating that in pending disputes if there is any issue regarding contracts it will have to be referred to the authority by the state commissions.

The draft amendment has also recognised the heavy work pressure on APTEL. Instead of three members at present, it will now have a minimum of seven members excluding the chairperson. Currently, APTEL has two benches, each consisting of one judicial and one technical member, but under the new dispensation, there would be at least four benches. Since the expression “not less than seven members” has been used, if more benches are required in the future, the central government could increase the number of members without any amendment to the Electricity Act.

Under Section 114 of the act, the tenure of the chairperson and members of APTEL was three years, but they were eligible for a second term of three years. This was totally inappropriate. For ensuring the independence of such high constitutional authorities, there should be no provision for any extension. Otherwise, some functionaries may be tempted to be on the right side of the government for ensuring a second term. Now all such members, including the chairperson, will have a tenure of five years or till 67 years of their age, whichever is earlier.

The composition of the proposed authority has been decided very thoughtfully. Earlier, the regulatory commissions were deciding highly complex issues without having an adequate legal background, particularly while dealing with contracts and PPAs, but now the proposed authority is to be headed by a former judge of a high court. Besides, the chairperson will be assisted by two members with a judicial background. With three members including the chairperson with a judicial background, the legal force of any PPA cannot be brushed aside lightly. Of course, after the judgement of the Supreme Court, having at least one member with a legal background is now mandatory for the state commissions, but even with this provision the judicial members find themselves in the minority. In most of the state commissions, the chairpersons do not have any legal background. As a result, the quality of orders suffers while dealing with complex contracts.

Unfortunately, the Electricity Contract Enforcement Authority has been conceived as a national-level body. There is nothing national about it. It is basically a replication of the state commissions dealing exclusively with the adjudication of contracts and PPAs. At a time when policymakers all over the country are moving towards justice at the doorstep, it would be odd if a contract dispute which was pending before the Tamil Nadu state commission is suddenly transferred to the newly created authority in Delhi. This would add enormously to the expenses of the litigants apart from causing inconvenience and inordinate delays.

To begin with, one bench should be located in each region. The selections and appointments should also be made for specific regions. The members may be transferable from one region to another, like the judges of high courts. Keeping in view the requirement of the various regions, at least 10 or more judicial members and 12 or more technical members should be appointed. This will ensure equitable representation of all the regions in the appointments. Looking at the quantum of work, even these regional benches should hold camp courts as far as possible at the headquarters of each state commission in that region. When faster disposal of contractual disputes is the foremost concern of the ministry, the centralisation of any work of the state commissions through this authority at the national level would be counterproductive and defeat the very objective of this path breaking amendment.

In international ratings for ease of business, India has been consistently lagging behind, particularly because of undue delays in the enforcement of contracts. Centralising the work of all the state commissions for the adjudication of disputes regarding contracts at the national level will make the situation from bad to worse.

As Nobel laureate AmartyaSen’s “argumentative Indians”, we could debate endlessly on the subtle issues of the proposed amendments. But looking at the high stakes, it would be highly desirable that the power ministry pushes through the amendments, literally at electric speed.