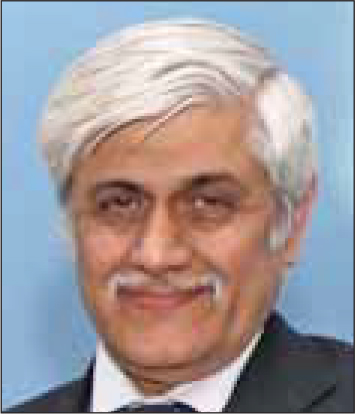 Pankaj Batra is a thought leader in the Indian power industry and brings to the table over three decades of experience. He is currently project director, South Asia Regional Initiative for Energy Integration (SARI/EI) at Integrated Research and Action for Development (IRADe). He is responsible for spearheading the SARI/EI programme and ensuring the achievement of its objectives to promote the integration of energy systems and enhance cross-border energy trade in South Asia.

In the past, Batra has served as chairperson of the CEA and been responsible for the overall development of the power system including the hydro, thermal and renewable energy sectors, as well as the transmission and distribution systems. He was also member (planning) at the CEA and oversaw various policy and planning functions. He spearheaded key policy documents including the Electric Power Survey Report and the National Electricity Plan.

Commenting on the impact of Covid-19 and the nationwide lockdown, Batra says, “Power demand has dropped by 20-25 per cent. The biggest contributors to the reduction in load are the commercial and industrial segments. The discoms will receive lower revenues because of the shutdown and that too mainly from the subsidising consumers. They would, moreover, have to continue to pay the fixed charges for power procurement, even if they do not utilise the asset fully. Meanwhile, discoms in general have a smaller percentage of fixed cost recovery in tariffs.” Regarding the possible solutions to tackle the problem, Batra says that since meter readers are not in a position to take meter readings (except in the case of AMR meters), bills could be generated on an average basis. The discoms should also encourage and facilitate online payments, he says.

Batra is currently chairperson of Working Group 4 on Policy, Regulation and Business Models in the India Smart Grid Forum. He is also chairperson of the BIS Committee of LITD 10-Power System Control and Associated Communication, and of the BIS Committee ETD-52 for formulating technical standards on grid-scale storage. He is an invited expert by NITI Aayog for preparing the Working Paper on Energy Sector-2035 as a part of the Vision Document 2047. He is also an invited member of the core group of the India Energy Transformation Platform. Batra has a degree in electrical engineering from IIT Varanasi and diplomas in system and financial management from NMIMS and IGNOU respectively.