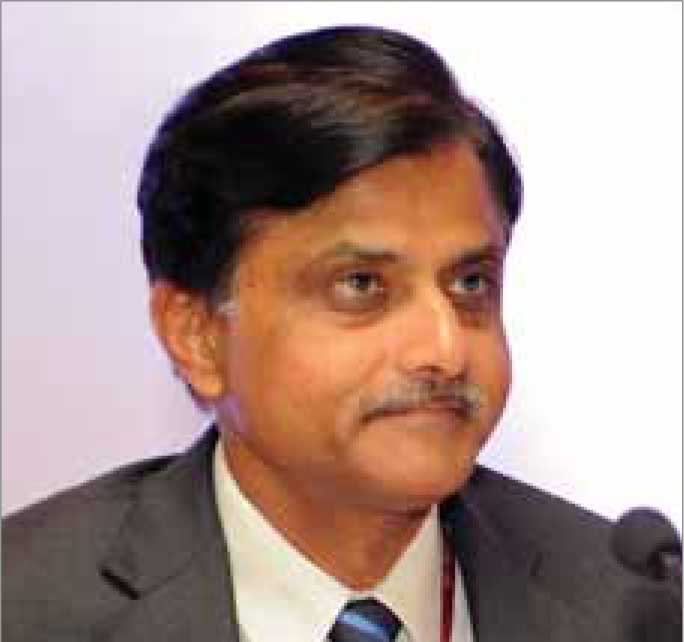 Despite its immense potential and many benefits, the hydropower segment has remained underdeveloped. The country’s hydropower capacity currently stands at about 45 GW, against an estimated potential of 148 GW. However, policymakers are now increasingly focusing on the segment in light of its significance in maintaining grid stability with the growing share of infirm renewable power. A new hydro policy was announced in March 2019, providing a much-needed impetus to hydropower development. At Power Line’s recent conference, “Hydro Power in India”, Aniruddha Kumar, joint secretary, hydro, Ministry of Power (MoP), spoke at length on various policy provisions, key issues, the outlook for pumped storage, etc. Excerpts…

When the hydro policy was under discussion and we had sent our proposal to the cabinet, a common question was, do we need to add more generation capacity if we are already power surplus, and why do we need new hydropower capacity?

In line with our global commitment to reduce carbon emissions, we have worked out a trajectory for the future energy mix. By 2030, our peak demand is projected to be 360 GW and total energy consumption is estimated to be 2,450 BUs as compared to 180 GW and 1,300 BUs, respectively, at present. We need to meet this demand through a sustainable mix of energy technologies that generate minimum carbon emissions, and are affordable too. To this end, a total capacity of about 850 GW will be required, including 450 GW from renewables, according to modelling studies carried out by the Central Electricity Authority (CEA).

Recently, the prime minister has raised the national target of renewable energy to 450 GW (including 300 GW of solar and 140 GW of wind) by 2030. A high share of renewables has its own challenges because of its intermittent nature. We need to balance it with other flexible sources of power and hydro is best suited for this purpose. Hydro has the capacity to ramp up and down generation at will. Based on this, the CEA has projected that the country will require around 72,000 MW of hydro capacity by 2030. I am very optimistic that we will be able to achieve this target.

Currently, the ministry is working on the hydropower obligation trajectory and it is almost complete. We will soon be sending it to the regulatory commissions to notify regulations similar to RPO regulations. Further, as per empirical data from past projects, the cost of enabling infrastructure accounted for 2-10 per cent of the total project cost. As per the new policy, this will be reimbursed to developers. The objective is that the cost of enabling infrastructure should not be added to the cost of the project and ultimately the tariff.

For financing hydropower projects, we will soon meet bankers to convince them that hydro is the best investment bet. Once a hydro project is constructed, there is no fuel risk, or foreign exchange fluctuation risk, or environmental risk of exceeding the pollution norms. We want to persuade bankers/financiers to extend long-term loans and align their repayment plan with the cash flows of the project. Recently, REC Limited has restructured the debt of the Teesta III hydroelectric project (HEP) and realigned the debt repayment plan with the projected cash flows. So, as a project’s revenue realisation increases with the passage of time, its debt servicing payment also increases, thereby reducing the debt servicing burden in the initial years.

It will be difficult for banks to provide low-cost finance to hydropower projects due to their renewable energy status. Given that banks have their own cost for raising funds, they cannot subsidise hydropower. There are, however, certain ESG (environment, sustainability and corporate governance)-compliant global funds, that lend to green projects at a relatively low cost. Hydro projects can receive financing from such funds. This will help bring down the cost of borrowing to some extent.

The government realises the need for hydropower in the country and developers are also noticing a positive change in the environment. Many new tenders have been issued after a long gap. The Dibang HEP has recently opened the tender for the construction of a diversion tunnel, bids for the Teesta VI HEP are already out, construction at the Pakaldul HEP has commenced, and bids for the Kiru HEP have been evaluated. We have also moved the investment proposals for the 210 MW Luhri HEP and the 66 MW Dhaulasidh HEP in Himachal Pradesh. So there is going to be a lot of work for contractors in the hydropower sector.

We are also taking steps to resolve contractual issues in the hydropower sector. Often, high costs, geological risks, religious sentiments and public resistance are considered key impediments to hydropower development. In my opinion, the biggest problem of hydropower is contractual disputes. There is a need for quick resolution of disputes between contractors and developers, including the issue of timely payment by developers. Often, when work at an HEP development site is stalled due to issues such as natural calamities (floods, earthquakes, etc.), law and order problems and land acquisition delays, the billing of the contractor stops. Eventually, the contractor runs out of funds, resulting in delays in the completion of the project.

To address this issue, the MoP issued guidelines for hydropower developers in November 2019. These guidelines are binding on the CPSUs and mandate quick resolution of contractual disputes. If disputes are not resolved within a definite time frame, contractors’ claim will be deemed as accepted. Earlier, contractors used to take up to two years to file arbitration and settlement claims, but now they will have to file the claim within 90 days. The contractor has to notify the developer within 15 days of the event, say, a landslide or a flood, which has affected/ stalled work at the site and seek compensation accordingly.

Another positive development in the hydropower sector is that states have come forward to promote investment in the sector on the ministry’s advice. Recently, Himachal Pradesh has allotted 11 projects to various CPSUs including SJVN Limited, NTPC Limited and NHPC Limited. The Himachal Pradesh government has also agreed to reduce or waive its free power entitlement (of 12 per cent) and its share of GST to bring down the cost of generation from such projects and make it affordable for the consumer. The projected tariff for these projects allotted to CPSUs is about Rs 4.50 per unit, which is quite economical. We are writing to other states to follow the example of Himachal Pradesh. Jammu & Kashmir has also waived the free power obligation and water cess for the Kiru and Ratle projects. 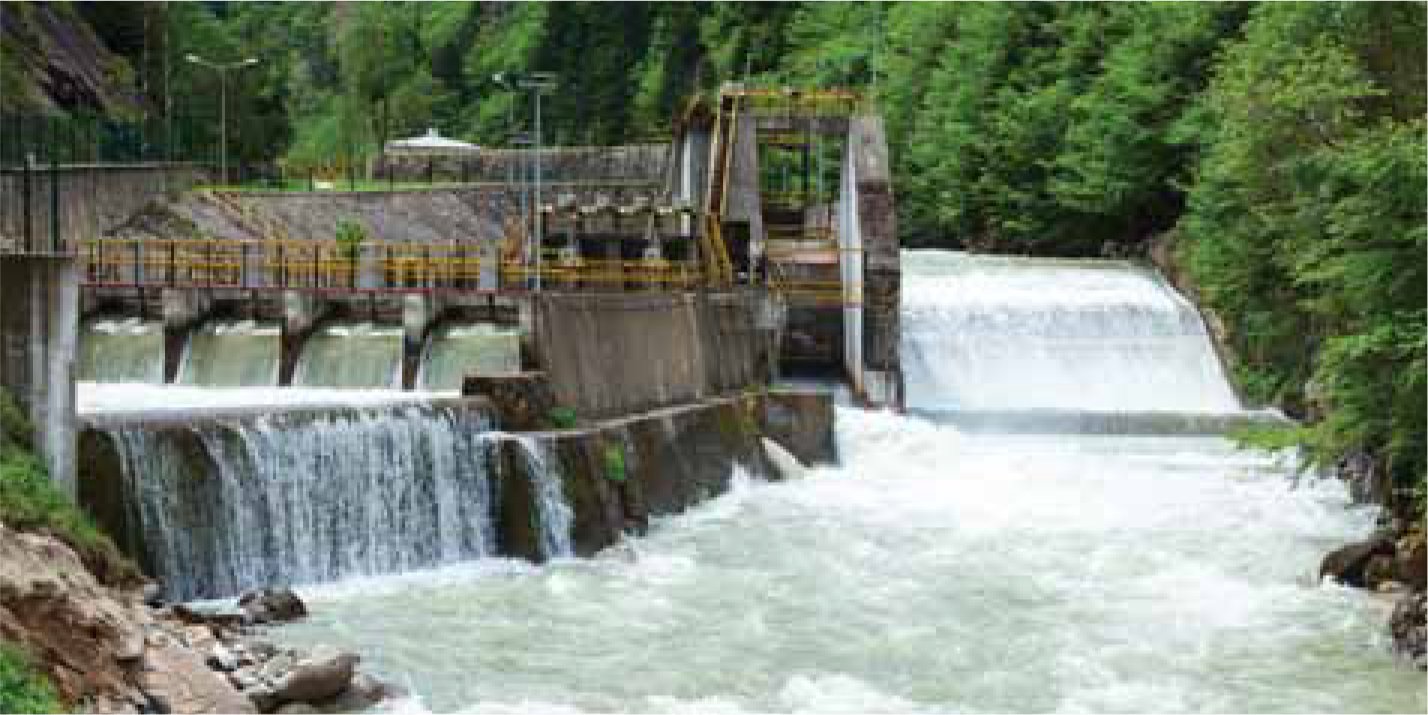 Update on Subansiri and Dibang

Work is going full steam ahead at the Subansiri HEP and it is likely to be completed by the end of 2023 or the beginning of 2024. At the Dibang HEP too, the process of land acquisition is in progress. Environmental clearances have been obtained. The state government has already issued orders and the deputy commissioners of the respective districts are working on the valuation of land. The Arunachal Pradesh government is expected to allot more projects to CPSUs as the CPSUs are well positioned in terms of financial and implementation capability.

Recently, the minister has asked us to devise a pumped storage policy and I invite suggestions on the business model, basic structure of the power purchase agreements (PPAs) power sale agreements, global best practices, among other things. So far, the pumped storage potential in India has been identified on rivers, but off-river pumped storage projects are more economical to construct. Taking a cue from the discussion at the previous power ministers’ conference, Andhra Pradesh has already ordered the preparation of pre-feasibility reports for 20 pumped storage sites in the state. We are looking for a suitable business model for promoting pumped storage that does not increase the power procurement cost burden on the discoms.

Regarding discoms reneging on PPAs, the central government’s policy is very clear and we have been requesting the state governments to honour their contracts because each contract is based on the economic and technical conditions prevailing at the time of signing.