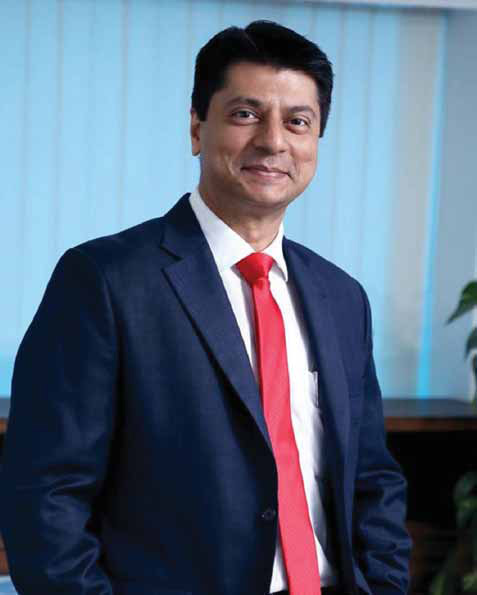 How has the lockdown caused by the Covid-19 pandemic affected Prabhajit Kumar Sarkar who, as head of Power Exchange India Limited (PXIL) since 2018, has led its turnaround? First, let’s take the professional impact. His immediate concern was to see if the technology platforms that PXIL had launched in January 2020 worked seamlessly. The 24×7 technology platform was designed to allow PXIL members to operate from anywhere in the country round the clock, providing 24-hour uptime. But would it work?

For the first few moments after the lockdown began, there were some tense moments. Then relief. “Our systems held up. It was a fantastic realisation for our whole team,” says Sarkar.

Like employers all over the world, Sarkar had to make sure that the work-from-home formula was successful. Given that everyone was scattered, how did you get them to work cohesively? “We decided to overcommunicate to compensate for the absence of a physical presence. We used Zoom, Microsoft Teams, phone conversations, WhatsApp video calls. We had morning and evening video meetings to make sure everyone was on the same page. All information and documents were actively shared. We told everyone to be proactive and not assume that others knew what they knew,” he says.

The lockdown also presented a rare opportunity for PXIL to take a breather from the relentless throbbing of daily operations. It has used the lockdown as a kind of “summer school” to do all the training there has never been enough time for in normal circumstances. Endless training programmes have been carried out to hone employee skills. “It was a chance to step back and re-evaluate how our teams work and deliver, and ensure that everything is aligned towards adding value for our customers,” says Sarkar.

On the personal front, it has been a solitary lockdown. Sarkar’s wife, son and parents are in Kolkata where he was based until he joined PXIL in Mumbai. The family was meant to join him this academic year but the virus put paid to that plan. Once the lockdown was announced, he could have brought his family to Mumbai but didn’t want to risk exposing them to the virus on a flight.

He could have gone to Kolkata for the duration of the lockdown but didn’t want to leave his team in Mumbai with continuity issues. As someone who went to boarding school from Class 7 on, Sarkar knows self-reliance. He has been doing household chores, making his own lunch because there is no help either. His kind driver brings dinner for him.

Although he has a full day working from home, he keeps in regular touch with friends and family on every available platform. “In fact, contact has increased,” he says. “I recently had a fantastic online weekend party with friends from engineering college I hadn’t seen for years. The lockdown has taken away immediate things. But that has allowed us to step back and think of larger issues that add value to life, work and relationships.”

Sarkar is now enjoying a period of relative stability at PXIL that came after a turbulent stage. His achievements have been to shore up the exchange’s networth in terms of regulatory requirements, become consistently profitable, claw back its market share, completely revamp its technology platforms, expand its teams and market presence, create touch points with most of the utilities in the country, set up offices in Kolkata and Hyderabad, and participate in regulatory and policy discussions on designing the power market of the future.

“It’s been a fantastic few years. Now for the future, we need to re-establish our presence in the day-ahead market and make sure we have a presence and leadership in the real-time market, along with world-class services and best-in-class technology,” he says. Sarkar is charting out the growth trajectory for PXIL in the Indian power market while also playing a key role in shaping the power markets of the future.

If he enjoys his job, he says it’s because of the huge impact the power sector has on millions of people in every corner of the country. When he was offered the job, some of his colleagues – senior people in the industry – were worried whether it would work for him and whether he would be able to add value. But Sarkar has been thrilled with the experience. “It was an opportunity of a lifetime, of taking up something that had so many bits and pieces and stitching it together to create a seamless fabric of choice for customers and value for employees and shareholders. For me, the challenges were an opportunity and we have delivered,” he says.

Sarkar’s father is an engineer, who has worked in both hydro and thermal sector, mainly on greenfield projects. During his early years, the family moved and lived all over the country, sometimes in remote jungle areas. His earliest memories are of Bhutan, Madhya Pradesh, Odisha and West Bengal, and of dinner time conversations about boilers and chimneys. Since his education was being disrupted with so many transfers, his parents put him into a boarding school in West Bengal when he was in Class 7. With hindsight, he has realised it was an exciting childhood.

“I got to meet people of different cultures, made new friends not only at school but in the neighbourhood and among the adults in my parents’ circle. My two brothers and I were exposed to different physical and social environments,” he says. At boarding school, Sarkar learnt an important lesson: the power of a team. “Whenever we wanted to do something, it was together. When friends came together, you got stunning results. And I learnt self-reliance. When in life you feel as though the whole world is conspiring against you in your efforts to get things done, you can either blame the world or keep going to get things done. Thankfully, I have always opted for the latter – finding a solution,” he says.

Although only 41, Sarkar has acquired very diverse and in-depth expertise by dint of working in senior positions in top companies across various areas including trading, distribution, generation, PPA signing, development of the REC market, promotion of new businesses, and acquisitions of generation projects. “It’s been very broad. I’ve been given the chance to try lots of new things, to learn and to deliver,” he says.

Before taking up his current job, he was with the India Power Corporation. Here, as senior vice-president, strategic business initiatives, he was able, through mergers and acquisition, strategic alliances, joint ventures (JV) and new business development, to spearhead the growth of the company’s asset portfolio in both generation and distribution.

His career started in PTC India in its Delhi Office and thereafter in the Corporate Strategy team at Larsen & Toubro in Mumbai.  After graduating in mechanical engineering from the Jalpaiguri Government Engineering College in West Bengal, Sarkar did his MBA at the Management Development Institute, Gurgaon. Throughout his career, he had the opportunity to work with some very inspiring industry leaders. “I was able to observe them closely, see their meticulous approach, their deliberate practices and their constant push forward as though work and life melded into one to give them a new energy to face each problem. I don’t know how successful I have been, but I tried to imbibe what I saw in their leadership,” he says.

During lockdown, Sarkar spends an hour practising the flute, which he began learning two years ago. He chose the flute because of its charming sound and the fact that is easy to carry around. When he is travelling (which is a lot because PXIL members are spread all over the country) and is away from his family, the flute is therapy. He also loves all kinds of adventure sports – paragliding and bungee jumping. “I am okay with risk – but controlled risk,” he says.

Lockdown evenings are spent reading, catching up on the news on the internet (he does not have a TV) and watching Netflix. He misses his morning walk but given the magnitude of the coronavirus epidemic in Mumbai, social distancing has to be strictly observed.

For Sarkar, the big and lasting discovery of the lockdown is that working from home works. Until the virus forced people to do this, it had only been tried in a desultory fashion, for short periods, in some countries. This time, it has been near-universal and for a month at the minimum.

“You always had the idea at the back of your mind that if people didn’t come to the office, they would not be able to contribute fully. That notion has been smashed. It’s been an eye-opener, a real game-changer, to see how well we can work from home. This discovery is going to have a huge impact on how we all operate going forward,” he says.