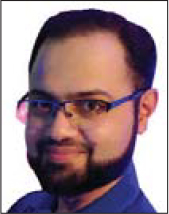 What the internet is for e-commerce today, smart meters will be for discoms tomorrow. This highlights the importance of smart meters for the Indian power sector. Today, distribution is the weakest link across the entire power value chain in the country. In financial year 2019, cumulative discom losses stood at approximately Rs 28,400 crore, which is twice the budgetary allocation for the Swachh Bharat Mission in the  Union Budget 2021. Mounting losses have plagued discoms for many years and smart meters are expected to play a critical role in reviving them by reducing aggregate technical and commercial (AT&C) losses.

Energy Efficiency Services Limited (EESL), a state-run firm, is leading this drive through the Smart Meter National Programme (SMNP) and plans to replace 25 crore conventional meters with smart meters by 2022. EESL will use its proven approach of bulk procurement through demand aggregation and roll out smart meters under the build-own-operate-transfer (BOOT) model. EESL will incur 100 per cent capital and operational expenditure with zero upfront investment from cash-strapped discoms. The programme aims to reduce AT&C losses from 18 per cent to 12 per cent by 2022 and 10 per cent by 2027. Current statistics suggest that every percentage decrease in AT&C loss saves approximately Rs 4,000 crore. If the norms remain constant, the power sector stands to potentially save about Rs 36,000 crore by 2027.

These savings would have been achieved much earlier had the original plan under the UjwalDiscom Assurance Yojana (UDAY) been completed by the December 2019 deadline. It would have equipped discoms to better prepare for the after-effects of the Covid-19 outbreak. Due to the current lockdown, there has been a sudden shift in electricity demand from the commercial and industrial (C&I) sector to the residential/domestic sector as a huge number of people are working from home. According to an analysis by Frost & Sullivan, the prolonged duration of the lockdown, especially across areas under large discoms such as those in Maharashtra and Tamil Nadu, is expected to weigh heavily on revenue as domestic tariffs are typically 12-20 per cent lower than C&I tariffs. A network of smart meters would have helped discoms counter this revenue loss as the reported average increase in revenue per month per smart meter is about Rs 200, according to EESL. This is mainly due to 100 per cent accurate billing, achieved by removing flat charges across dysfunctional meters and plugging pilferage.

Uttar Pradesh, the most populous state in the country, has one of the highest AT&C losses (about 30 per cent).  It is leading the smart meter deployment drive and working to minimise the revenue impact during the current lockdown. According to the Centre for Strategic and International Studies (CSIS), about 45 per cent of the country’s overall smart meter installations are in this state.

The value of smart meters goes beyond just real-time accurate billing. It also provides a platform for the next source of potential savings for discoms through the introduction of dynamic pricing, such as time-of-day (ToD) pricing. Demand-side management measures to incentivise consumers to shift their loads to non-peak hours will improve the system load factor during peak hours. Currently, ToD tariffs are largely applicable to the C&I sector but, in the future, they will also apply to domestic consumers. This will greatly improve the transparency of daily energy usage for consumers and provide insights into various avenues for reducing monthly bills. Furthermore, smart meters will facilitate faster adoption of electric vehicles (EVs) in India, as consumers will be able to charge their EVs when the energy is cheapest. According to Frost & Sullivan, the inflection point for EVs in India is expected to come in 2022, after which annual shipments are likely to double every year for the foreseeable future.

Apart from EVs, smart meters will prove to be the key enabler for the success of India’s ambitious 40 GW solar rooftop programme. This  will allow prosumers to interact with the electric grid. As the number of prosumers increases, the electric grid will become a highly transactional marketplace with secure and instant settlement options. Blockchain will play a key role by leveraging the data points from the network of smart meters. Smart meter installations will be one of the biggest developments in the power sector and will prove to be a true enabler of not only reviving discom financials but also facilitating the creation of new markets.