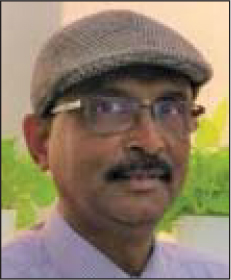 Transmission networks in India today are critical and pose a bottleneck in certain regions, like in many other countries. Planning adequate infrastructure for power transmission has always been done with certain attainable timelines. However, very few infrastructure projects related to transmission lines are completed within original timelines. Also, many transmission line projects are stopped midway or even before making any substantial progress. Timelines are overrun, budgets overflow and liquidated damages go up, sometimes even important milestones are missed and strategic advancements are hampered.

Timelines are always made stringent for any project primarily to keep the execution agency on a tight leash. This could be one of the reasons for non-completion of projects within scheduled timelines. However, it must be noted that the timelines, although demanding, are generally based on field experience.

The limited availability of resources such as manpower and material are the second reason for untimely completion of projects. Here, the crux of the problem lies in project planning and execution. Resource allocation, an important function in the run-up, is often not given careful thought, leading to resource mismatch. However, for bigger conglomerates this resource crunch is often negotiated successfully.

Another reason that is attributed to project stalling or crawling is financing. Inaccurate management of cash flow leads to delay in project progress. Stakeholders are now carefully taking care of this situation by suitably selecting the execution agency and drafting appropriate contract terms. The payment terms are made good but the realisation takes little long on account of actual process of measurement and certification. However, discounting of bills of contractors by financial institutions affects the cash flow.

The issue of non-availability of space, which is also called right of way (RoW), is another hindrance in a project’s progress. RoW has been a major concern for all stakeholders such as power transmission companies, private power generators and execution agencies. This problem has been the root cause for the majority of project delays and cancellations.

The Electricity Act originally gave RoW to enable the creation of power infrastructure by government companies on private and government lands. However, upon facing difficulties in resolving disputes while crossing private and institutional lands, the Indian Telegraph Act, 1885 was introduced. The problem continued and cases started to pile up with the judiciary. The execution team worked on methods and procedures to deal with this, but success was limited.

The provision of compensating the loss of crop always fell short of landowners’ expectations. Since transmission line projects are not considered the same as other projects where land is acquired for the works, land compensation was not given for agricultural land. In 2004, the act was introduced and the provision of compensation for the land affected by tower footings was made. The compensation is based on the registered cost of land, as per official records, and the category of land (irrigated, non-irrigated, command area, etc.)

The land area affected by tower footings has increased over the years due to the increase in voltage levels from 220 kV to 765/800 kV, and the higher number and size of conductors. Also, the restriction to not grow trees under/in the RoW area has led to problems.

The issues arising out of the transmission line corridor passing through natural obstacles of adverse terrain and government landownership can be foreseen and taken care of by methodical route planning, proactive measures and perpetual follow-up by the project management team.

The obstacles arising out of the corridor passing through private lands can be foreseen only up to an extent and by methodical planning, proactive measures and perpetual follow-up by the project management team. The problems arising during execution require extraordinary efforts, deeper local knowledge and a well-tested plan to deal with them effectively.